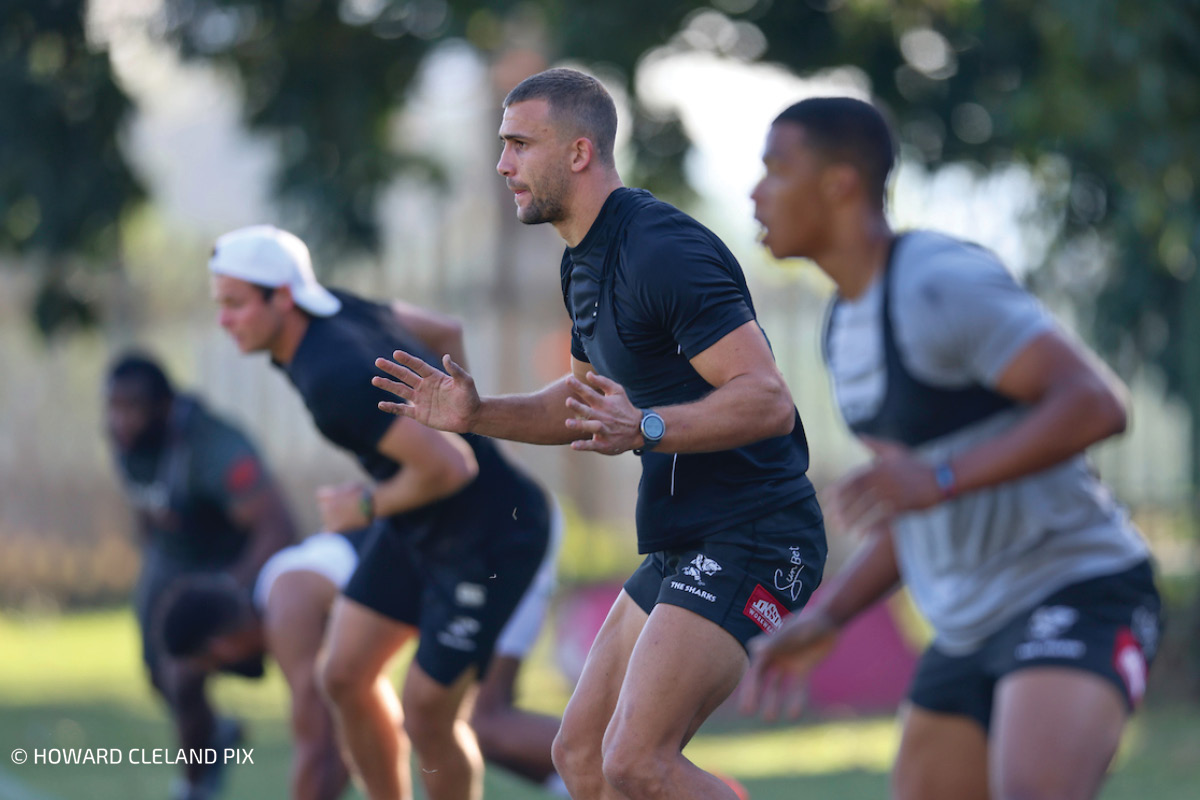 There was plenty of excitement at Jonsson Kings Park when the week started with the arrival of Cell C Sharks players for the first day of training in four months.

“It’s been a long time – since the Stormers’ game way back in March,” admitted an excited Cell C Sharks head coach Sean Everitt.

“It seems like a lifetime ago that the players were here and we couldn’t be more pleased to see them again. They’ve returned in really good shape and conditioning tests have been performed and many of the players actually reached their personal bests in their running block tests which we’re very happy about.”

Although not all the players had access to gyms or gym-like training facilities during the lockdown period, Everitt explained that they will use the immediate future to get stuck into that aspect of fitness and conditioning.

“This is an area all the players will be working on but that comes faster than running which we’re already happy with so there is a base we’re working from already.”

The coach confirmed that the players will be training in small groups of five with a focus on strength and conditioning as well as running work. “The players are also allowed to do non-contact skill work with the ball during the course of the day. They also will be working extremely hard on their position-specific skills to get back to where they were during the Super Rugby competition because obviously that’s not something they could do over the last four months. But I’m very positive they will develop those skills with the hard work they put in.”

Everitt added that the players were in a good head space which makes work less of a chore and more of a goal.

“They’re really excited to be back and see their mates again, although the entire squad can’t train together as one group. But they’ve had the opportunity to renew friendships which they’ve missed during this lockdown period.

“The players know what it’s going to take to return to where they were during Super Rugby, but they’re willing to put in the hard yards. They reaped great rewards from a really tough pre-season and this will be no different for them and we just hope our players remain healthy and free from Covid-19 infections so we can continue to train without disruption once again.”

He said what else was pleasing about being back at work was seeing the management also in a good space, ready to motivate the players as well as the medical staff being on top of their game.

“I think the break we’ve had over the last few months has certainly made everyone realise that you can’t take anything for granted and this wonderful game of ours is certainly one that we treasure and feel very fortunate to be involved in.

“In saying that, we look forward to the journey ahead and hope to be back on the playing field as soon as possible.”