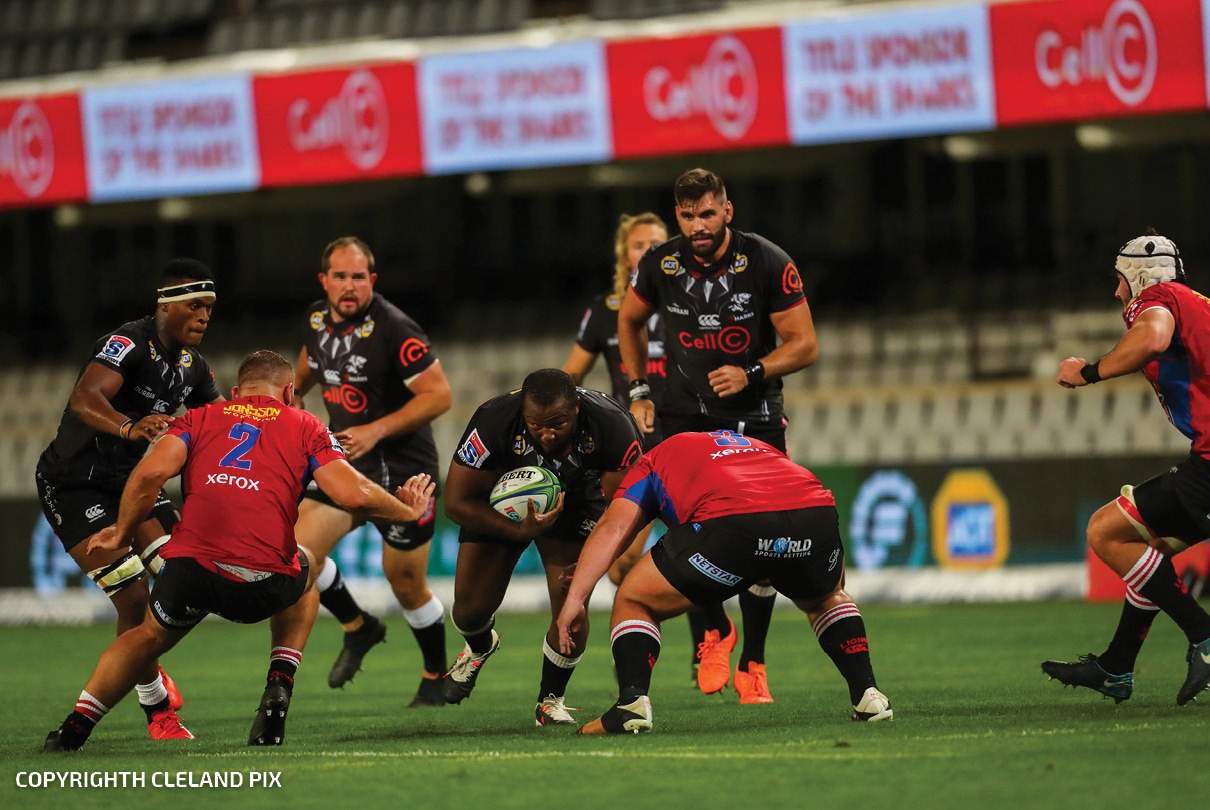 There was high drama at Jonsson KINGS PARK on Friday evening when the Emirates Lions threatened to upset the apple cart, but ultimately the Cell C Sharks were too strong as they prevailed 19-16 to get off to a winning start.

It’s been nearly seven months since the last competitive match in a tournament, and the Cell CS harks were made to sweat for their victory after racking up a strong and deserved lead, but having to fight hard to defeat a game Lions side.

Round one of Super Rugby Unlocked couldn’t have started off on a more positive note as the Lions failed to contain the rampaging home side who showed courage and a steely determination to play positive rugby. Within five minutes, the opening score of the game had been closed out, debutant Werner Kok rounding the defence after an outstanding passage of play, with Curwin Bosch adding the extras.

In the opening quarter the Lions saw precious little of the ball, when they did their accuracy and ball-handling let them down. After managing a good attack that was thwarted on the Cell C Sharks tryline, the Lions were pushed back into their own half with relentless pressure before captain Lukhanyo Am secured a good penalty on the ground and Bosch converted the long range penalty for a 10-nil lead at the 25 minute mark.

The Lions were finding the tempo of the game difficult to match, while the ploy to send the ball into the sky paid dividends almost every time Bosch launched it into the air.

A second Bosch penalty on the half hour extended the lead before Elton Jantjies finally managed to add his team’s first points with a penalty for holding on a few minutes later.

The first half closed out with tension as the Lions, stung into action, came back hard and pressed hard for a second score, but found the Cell C Sharks defence a unit too tight and committed to break through. Half-time sounded when the home side earned a relieving penalty defending the tryline to take a well-deserved 13-3 lead at the break.

On the stroke of 60 minutes, the Lions found themselves in possession and hammered away at our line. While there was no breaking through, they did earn a penalty which was kicked to an open man in the corner to score the visitors’ first try. The conversion was good to make it a three point game with a quarter of the match remaining.

Bosch extended it to six points with a third penalty, this one given at a Lions scrum, but Jantjies cancelled it out with his second a few moments later.

With 10 minutes of the game remaining, Jantjies managed to level the scores with his third penalty as the scoreboard reflected a 16-all deadlock, only for his counterpart in Black and White to kick a 45m effort to retake the lead two minutes later.

The game headed for the final five minutes with great tension when the Lions won a penalty in our 22, Jantjies opting for the draw rather than the win, only for his conversion effort striking the upright to deny the three points.

There was high drama as possession went to and fro in the dying moments with the visitors the ones left to win the game with a penalty on the hooter. They opted for a scrum, it went down and was reset. This time a strong shove from the Cell C Sharks to earn the penalty and with it, the result.