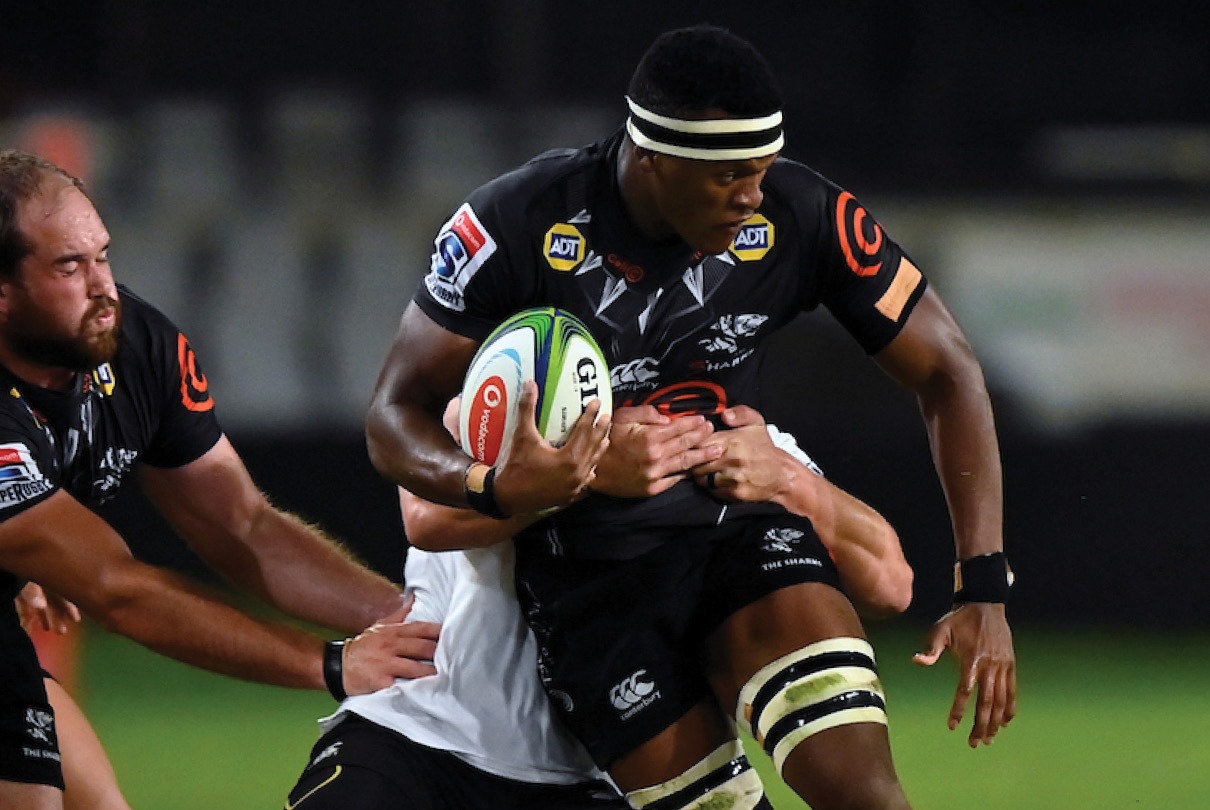 For Cell C Sharks loose forward Phepsi Buthelezi, every opportunity he has been given in a black and white jersey has been a chance to develop and hone his skills as well as to be a contributory factor in the team’s successes.

On a personal level, the current Vodacom Super Rugby Unlocked campaign has been an enjoyable one and he believes he is being given every opportunity to continue his development as a player of huge worth.

“It’s been very good,” he admits. “Personally I’ve felt really good and any opportunity in a Cell C Sharks’ jersey is special, so being able to start, especially at number eight, has been even more special for me. It has helped with my confidence, I feel that I am growing and becoming more and more established in the game. It’s been amazing and I’m looking forward to keep on growing and developing.”

The Sharks back row has been a dynamic, active loose trio, loose in the sense of looking to play with pace and energy rather than physical bulk and domination and this suits the former captain who led the Cell C Sharks Under 19s to a record unbeaten season.

“The Sharks are obviously very blessed with loose forwards, I think we have probably some of the best in the country and while most of us aren’t as big as the loose forwards in the other teams, we are a team that likes a ball-in-hand approach.

“We’re fast and abrasive, and we also have guys who are good on the ground which helps our game plan. My role within the back row specifically and the team in general is trying to be the link between forwards and backs. Playing between Sikhumbuzo Notshe and Henco Venter, guys who have been around, who have done their time and gained so much experience, gives me a great opportunity to learn and grow as a young player. That’s massive for me.”

Many players base their style of play around a role model, sometimes taking strengths from different players to mould their own unique style. For Buthelezi, there is just one player who stands out.

“The loose forward position around the world is quite competitive, there are so many good ones out there, but growing up and looking at other players, trying to figure out what kind of player I wanted to be one day, someone like [All Black] Ardie Savea made an impression on me. He’s not one of the biggest guys out there, but the power he brings, he always goes forward when he carries and when he defends, he’s putting guys down.”

Although his preferred position is at eighthman, he has found himself in the number seven jersey fairly frequently in the last year of representing the senior team.

“Any opportunity in a Sharks jersey is special, wherever I’m needed, I will go and try to get the job done for the team,” he explains. “Getting a chance at seven earlier in the season was probably very good for me to be able to see the game and experience it from a different perspective. A South African number seven is big, tall and physical as the main ball-carrier and defensively the role is quite a bit different, so these were minor adjustments I had to make.

“Why I prefer number eight is because I think I’m more comfortable being the link between forwards and backs and I’m able to play in the wider channels which is where my strengths lie.

“I definitely don’t mind playing at seven, but going forward, number eight would probably be the better position for me.”

Having the backing of his coach no doubt adds to his confidence levels, and while he backs himself, having the vote of confidence from his coach no doubt raises the level he plays at. “It’s really good and something we do appreciate as youngsters, to be backed especially in such a big game as last week’s. The Cheetahs hadn’t lost and we all know how good they are, so to be given the opportunity to run out against them in the same pack as a youngster looking to grow and to take this union forward, I really appreciate the coach’s support.”