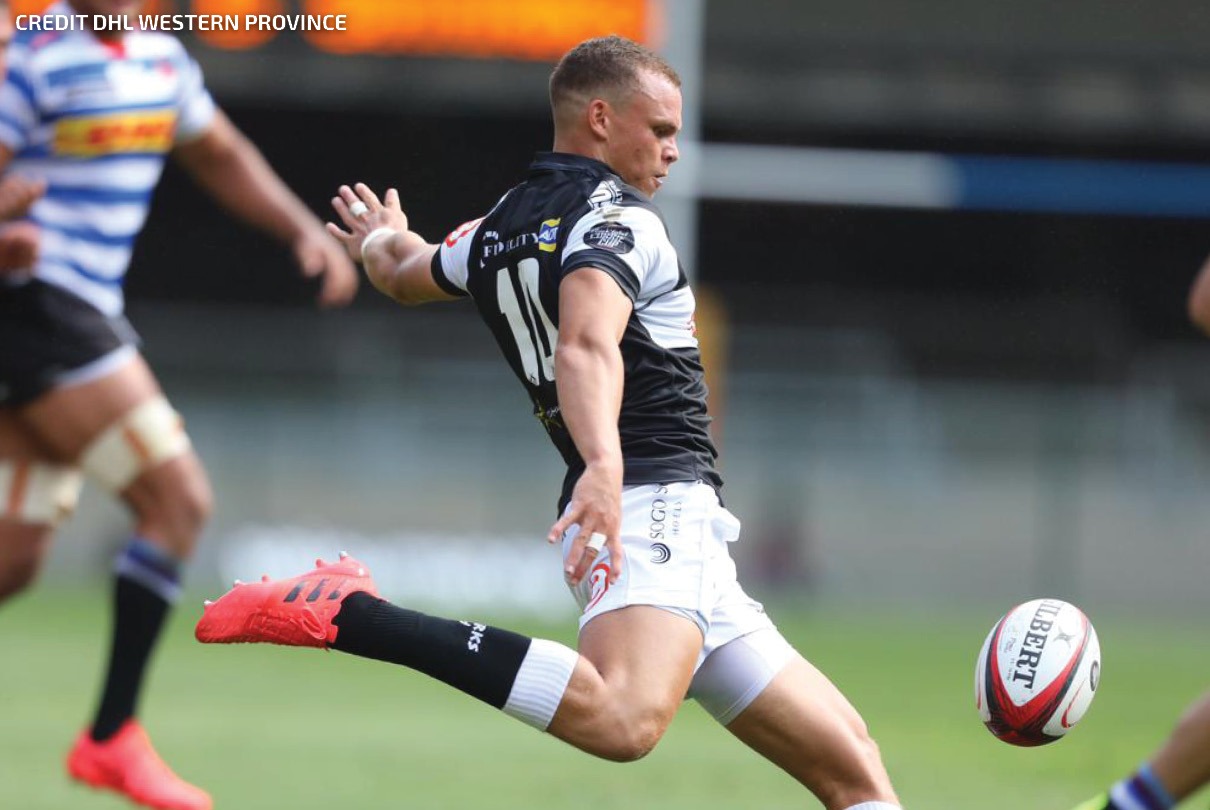 The Cell C Sharks will contest the Carling Currie Cup Final next weekend after seeing off DHL Western Province 19-9 in a tense and tight semi-final that only opened up late in the match with the visiting Durban side ultimately winning the pressure game.

An emotional and historic last match at Newlands saw the Cell C Sharks winning the final rugby game at the stadium that has been home to Western Province since 1888, winning back-to-back matches that stretch over 10 months, the last meeting between the two teams taking place in March 2020 when the Cell C Sharks triumphed 24-14.

As knock-out games go, this match stuck to a script of trying to make as few errors as possible and taking points when offered. The golden boot of flyhalf Curwin Bosch ultimately put his side on the front foot and a late try sealed victory.

The set-piece battle began on an interesting note, with Thomas du Toit earning a scrum penalty against his opposite front ranker on the halfway line in the opening minutes and Bosch made no mistake sending his 50m kick sailing through the uprights – the first of three long range first half efforts.

Inside 10 minutes, Bosch had doubled the score, this time from 70m as he demonstrated the danger of his impressive boot and the vastness of his predatory powers. Two minutes later he added a third, again from inside his half as the Cell C Sharks continued a strong march.

A rather interesting statistic that underlined the effectiveness of the pressure delivered by the Cell C Sharks was that by the 25th minute, 80% of the match had been played in their half, but the home side had been unable to score a solitary point.

Western Province finally managed to open their scoring with a penalty after half an hour following a sustained period of attack that had registered no gains and then doubled their score with a second penalty with two minutes of the half remaining.

A tight first half, with the Cell C Sharks leading 9-6 at half-time, had seen each side dominate for a quarter with the home side perhaps enjoying the better of the stats, except where it counted – on the scoreboard.

Province levelled matters with a penalty in the opening minute but Bosch pushed his side three points ahead with a drop-goal five minutes later. Province would not score again. Numerous stop-starts ensued and the penalty count mounted.

Thembelani Bholi managed to get over the line for what would have been the first try of the game off a driving maul but for a TMO referral which denied the try while Province had a man in the sin-bin.

Five minutes later JJ van der Mescht was the man in possession after numerous close-quarter drives for the tryline and there was no disputing the all-important try, Bosch’s conversion giving the Cell C Sharks a 10 point lead with six minutes of a tight semi-final remaining.

Province went in search of a late score but there was no broaching the Cell Sharks defence.

Man of the match Curwin Bosch said afterwards, “We didn’t entirely stick to our game plan, but we got the bounce of the ball and the guys fought to the end. Our forwards worked for 80 minutes and we’ll take the result.”