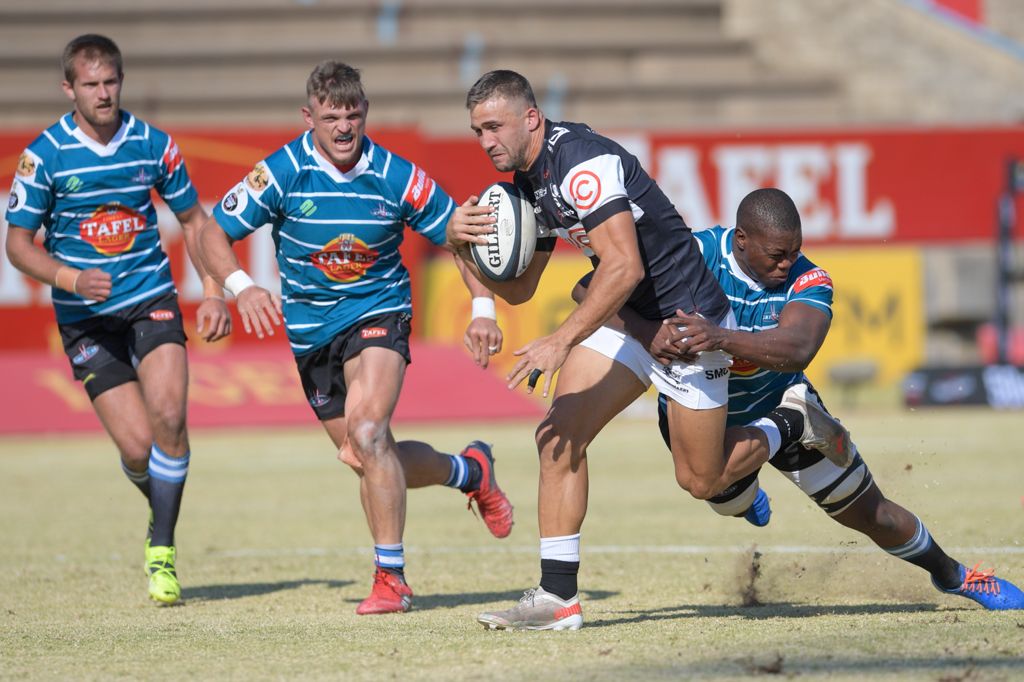 Carling Currie Cup visits to Kimberley have not always been the most hospitable, nor have the results always gone the way of the visiting side as they face a team with only one aim: upsetting the applecart.

For a Cell C Sharks team missing two thirds of a starting line-up, it was always going to be a tough clash in the first match of the tournament, but the fight was worth the effort and the result most definitely one worth savouring.

Their four try to two bonus point victory came off the back of sheer hard graft in a first half that ended narrowly in the Cell C Sharks’ favour – they led 10-6 at half-time – but finding their rhythm and the gaps put paid to Tafel Lager Griquas’ best intentions as the Durban side eventually ran out 30-16 victors.

Leading from the front and setting the tone with the opening try, Cell C Sharks captain Phepsi Buthelezi admitted that they were always up against a strong challenge from the home side.

“It was always going to be a tough game, it’s always difficult coming up here, but we finished off really well so I’m really happy with the result.

Echoing his captain’s positive sentiment, head coach Sean Everitt said afterwards that, “It was a good effort from the guys, coming to Kimberley is never going to be easy and we’re always happy to get a full house of points, especially here.

“The Cell C Sharks have generally struggled in Kimberley to get any kind of victory, so it was a good effort by the boys considering that the team had only one week to prepare, so it’s a really good start for us in this Currie Cup campaign, one we want to win.

“Yes, there is work to do, but we have an easy group to work with, because they learn fast.”

It was an interesting opening weekend’s action.

The Cell C Sharks’ victory was the only away win of the three fixtures, with the New Nation Pumas defeating the Emirates Lions 39-10 and DHL Western Province getting one over a depleted Vodacom Blue Bulls side, winning 48-24.

The Cell C Sharks and Western Province meet in round three next Wednesday (30 June) in Cape Town with the Durban side enjoying a bye this week.