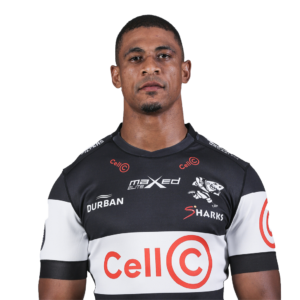 The ex-Griquas flyer, who also did duty for the Cheetahs in the Pro14, hails from the Western Cape, and has previously represented the Boland Cavaliers, Lions and Southern Kings.

His Super Rugby debut for the Lions was against the Cell C Sharks nine years ago, and in 2013 he ran in a record nine tries as the Golden Lions romped to a 161-3 annihilation of Limpopo Blue Bulls in the Vodacom Cup.

The 31-year-old adds depth and experience to the Cell C Sharks’ outside back division, with both Makazole Mapimpi and S’bu Nkosi expected to be away on Bok duty at certain stages of the season.