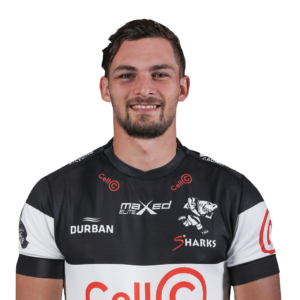 The 22-year-old Paarl Boys High whiz kid announced his arrival on the Currie Cup stage in 2019 during the Cell C Sharks’ 30-28 win against the Golden Lions in Johannesburg.

Substituting for the injured Curwin Bosch at standoff, Chamberlain called the shots like a seasoned professional and produced an all-round authoritative performance that had BMT written all over it.

He has had to patiently bide his time for the big time, yet Cell C Sharks’ fans can rest assured that this talented young man is fizzing to establish himself as one of the leading 10s in the business.