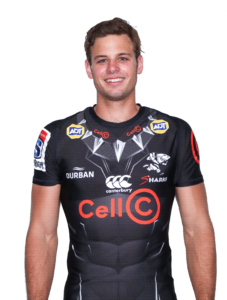 The 23-year-old starred for Maties as they clinched last year’s Varsity Cup title with a resounding 34-12 win against Tuks in the final.

The son of former WP flyhalf Anton Chait, Jordan Chait was, like his father, educated at SACS. He led the Newlands-based school, from the pivotal spot, to a historic 13-10 victory over the mighty Affies at the Kearsney Easter Rugby Festival in 2015.

It was his playmaking prowess that saw him succeed Chris Smit in the Maties No 10 jumper last year, and ultimately secured him a Cell C Sharks contract.