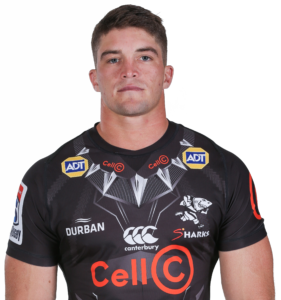 Born in Durban 24 years ago, he represented both the Cell C Sharks and Golden Lions at age-group level, before making his Currie Cup debut for the Durban-based union in 2017.

A brief stint with the Southern Kings as a draft player led to his Super Rugby debut the following year, and he has since represented the Cell C Sharks with distinction on 15 occasions in the southern hemisphere showpiece.