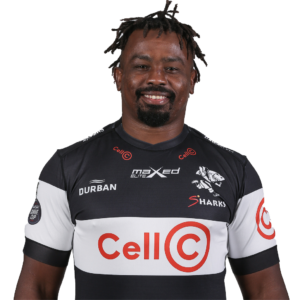 Former Griquas and Pumas front-rower Khwezi Mona signed a two-year contract with the Cell C Sharks at the end of last year.

It was a homecoming of sorts for the mobile 28-year-old loosehead prop, who, hailing from Selborne College in East London, had launched his career at The Sharks Academy and turned out for the men in black on a few occasions from 2012 to 2014.

Mona was a member of the Vodacom Cup-winning Pumas outfit in 2015 and went on to accumulate 50 caps for the Mpumalanga-based team. Following a brief spell at the Southern Kings in 2018, he transferred to Griquas, where he played a leading role in their successful Rugby Challenge campaign in 2019.