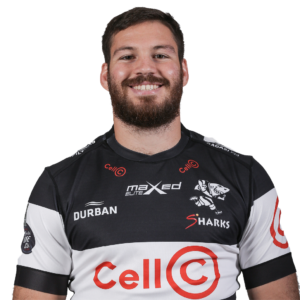 Since stepping into the breach at inside centre, following big André Esterhuizen’s departure to Harlequins in London last year, Louw has injected heaps of energy to the Cell C Sharks midfield – putting in big hits and being particularly industrious at the breakdown.

Having polished his rugby skills at the renowned Grey College in Bloemfontein, Louw switched from flanker to centre upon his arrival at The Sharks Academy some seven years ago, and he hasn’t looked back since.

The 25-year-old has certainly brought the hard-nosed approach of loose forward play to his midfield game, and has developed into a key player for the Cell C Sharks.