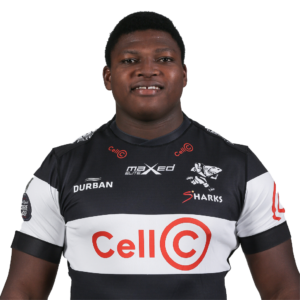 Tipped as another ‘Beast’ for the future, it’s hard to argue with the prediction considering the spectacular solo try that the 22-year-old ran in earlier this year against the Lions in Johannesburg.

That 50m-effort led to the 117kg front-rower being hailed by Rugby 365 as the most up-and-coming player in the country, and even the Beast himself reckoning that he is ‘the real deal’.

Originally from the timber-producing town of Greytown in the KZN Midlands,

Mchunu represented the Cell C Sharks as a schoolboy, and his development into and up the senior ranks was a natural and swift progression – making his Super Rugby debut in 2019.