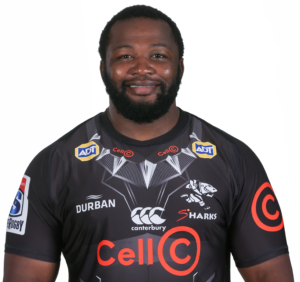 As his nickname suggests, this man-mountain of a prop is a modern-era version of an Os du Randt (Springbok prop, 1994-2007) – albeit slightly smaller in stature.

Born and bred in Bloemfontein, where he attained certain cult status as Free State Cheetahs No 1 in recent seasons, Ox Nche made headlines at the end of last season when he signed with the Cell C Sharks.