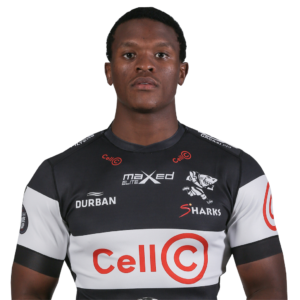 Even though he has operated mostly off the bench in the Rainbow Cup SA tournament, a bright future is envisaged for the 22-year-old loose forward prodigy.

A classic rags-to-riches tale saw this congenial young man from Hluhluwe, in the heart of Zululand, progress from humble beginnings as a Durban Collegians U15 club player in 2014 to the captaincy of the SA U20 side four years later.

Buthelezi, of course, also steered the DHS First XV to a pulsating and historic 20-17 triumph against arch-rivals Glenwood High School in 2017 – DHS’ first victory over the ‘Green Machine’ in more than a decade!