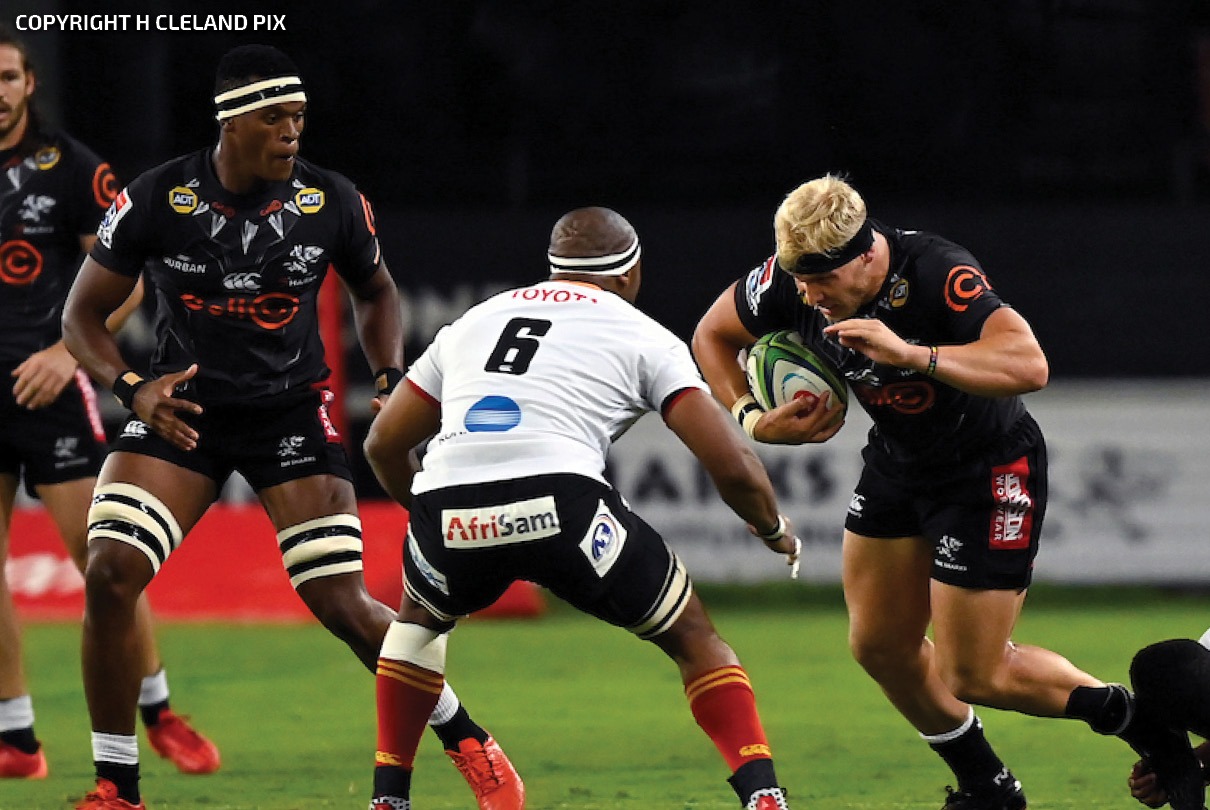 The Cell C Sharks’ 19-13 Vodacom Super Rugby Unlocked victory over the Toyota Cheetahs at Jonsson Kings Park on Friday came about by adapting to the heat and humidity.

Cell C Sharks head coach Sean Everitt admitted after the win that the tactics employed needed to take into account the conditions in which the teams had to play in what was always going to be a tight game.

“The game was played in difficult conditions out there and it was a very physical contest which we can see by the scoreline, and we felt that kicking contestable kicks was a good way to combat the humidity,” he explained. “Holding on to the ball in close quarters in high humidity conditions is extremely difficult.

“The team looks to Curwin Bosch for direction and to control the play and in these difficult conditions, he did an excellent job and that’s why he was named man of the match. His kicking was pin-point and he’s playing with a lot of confidence and when we get our contestable kicks right, we’re a very difficult team to play against.”

Early in the game, the Cell C Sharks turned down a number of converted penalties in favour of attacking lineouts which may seem counter-intuitive at first glance given the conditions. But it was a strategy employed to play to the team’s strengths and look to put the Cheetahs under pressure early.

“We felt that we mauled well against the Pumas and thought we could get ascendancy in that department,” Everitt pointed out.

“The guys came into the game with a lot of confidence at the set-piece and wanted to bring that to the fore in this game.”

The forwards have really stepped up and Everitt paid tribute to the work behind the scenes that the pack have put in to produce a formidable output at the set-piece restarts.

“Hats off to them, they’ve worked extremely hard. They learned some hard lessons against the Bulls and there’s nothing better than working hard at something and seeing a huge improvement. I was so happy to see it against the Pumas and again in this match. I’m really proud of how the boys have reacted.”

Another positive reaction in recent times has been the emergence of Marius Louw as an inside centre replacing Andre Esterhuizen.

“Marius has done a really good job for us, it just shows you don’t need to be 114kgs in the number 12 jersey to go forward. He brings a different kind of physicality, his work rate is outstanding, his work at the breakdown is really good and defensively he has a good tackle fight.

“He’s playing really well and with Lukhanyo Am out for some time, it’s important that Marius and Jeremy Ward strike up a good relationship in the midfield. They have played many times together, so hopefully, they’ll just grow as a centre pairing as the competition progresses.”