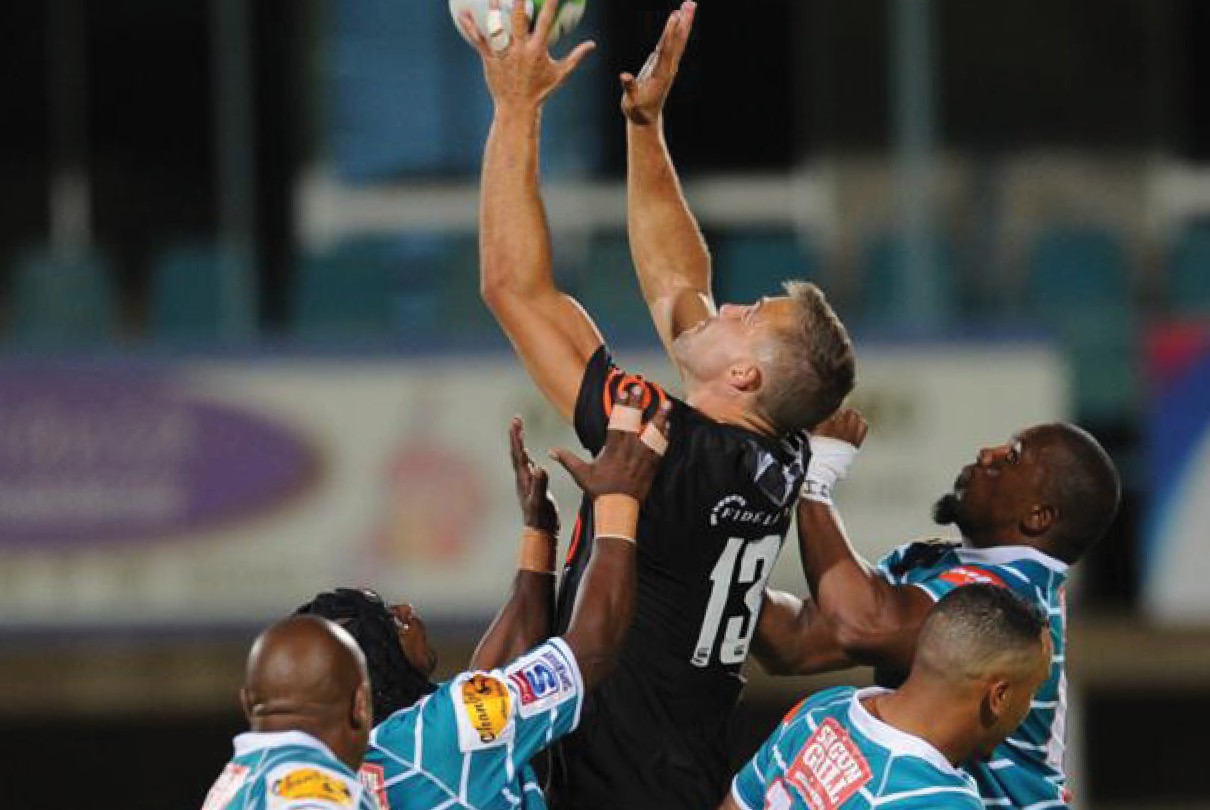 A slow first half was turned on its head as the Cell C Sharks snatched a last gasp 34-33 victory over the Tafel Lager Griquas in Kimberley in quite the most dramatic form of a tense Vodacom Super Rugby Unlocked clash on Friday evening.

Griquas, chasing a first win in the 2020 tournament were feisty in the extreme, scrapping for everything and making a nuisance of themselves at the breakdown where they contested fiercely and gained the kind of rewards that stymied the Cell C Sharks efforts.

They managed three first half penalties, taking their scoring opportunities when they were presented, while the Cell C Sharks were on the search for tries, kickable penalties sent to the corner.

However it was a great breakout effort from our 22 early in the game with Marius Louw proving ever dangerous and scrumhalf Sanele Nohamba finishing off the move for the only try in the first half.

Curwin Bosch converted and it looked like a good start, but the home side were never going to let up in their final home game of the tournament and they constantly proved to be a thorn in the side of the visitors.

The fact that it was a relatively low-scoring first half was more due to very good defence from both sides rather than defective attack. But the second half would prove completely different.

Griquas managed to lead 9-7 at half-time but early in the second half, a penalty was sent through the posts to retake the lead. In the first half those penalties were about chasing the bonus point, but ultimately the prize was victory, not the bonus point and it was a prudent decision to get points on the board early on.

But Griquas, consistently dangerous, managed to put together a strong build-up to score their first try and with the conversion, had a 16-10 lead with half an hour remaining.

Shortly afterwards, a good scrum from the home side set them up well for an attack and they were able to press home the advantage to score their second try to really throw the cat among the pigeons as the conversion took them into a 23-10 lead.

The tempo of the game had rocketed into action and the fourth try of the game didn’t take long, the Cell C Sharks earning an attacking scrum off the kick-off and Manie Libbok closing out a well-worked first phase attack. Bosch’s touchline conversion sailed through the uprights and it was game on with just six points the difference.

Going into the final quarter, Griquas were back on the scoreboard, poaching a loose ball before scoring their third try and taking the lead to 30-17.

But the helter-skelter nature of the game continued and an excellent captain’s try from Jeremy Ward showed his team’s fight following a good period of continuity. Not willing to give up, it was an important strike back and with Bosch converting, it was back to a six point game.

Not two minutes later came the try of the match, possibly the season as Dylan Richardson closed off a truly spectacular try, Phepsi Buthelezi getting the ball in space and showing his pace to get the ball through the first line of defence. With the extras, the Cell C Sharks were back in the lead in a complete turnabout from a tight first half.

With time almost up, Griquas won a crucial penalty, converting to take back the lead. All they needed was to gather possession from the kick-off and it would be game over. But Sbu Nkosi plucked the ball out of the air bravely and after a number of phases, a potential second match-winning penalty came our way and to the home side’s great disappointment, Bosch made no mistake to dramatically close out the game to his team-mates’ delight.