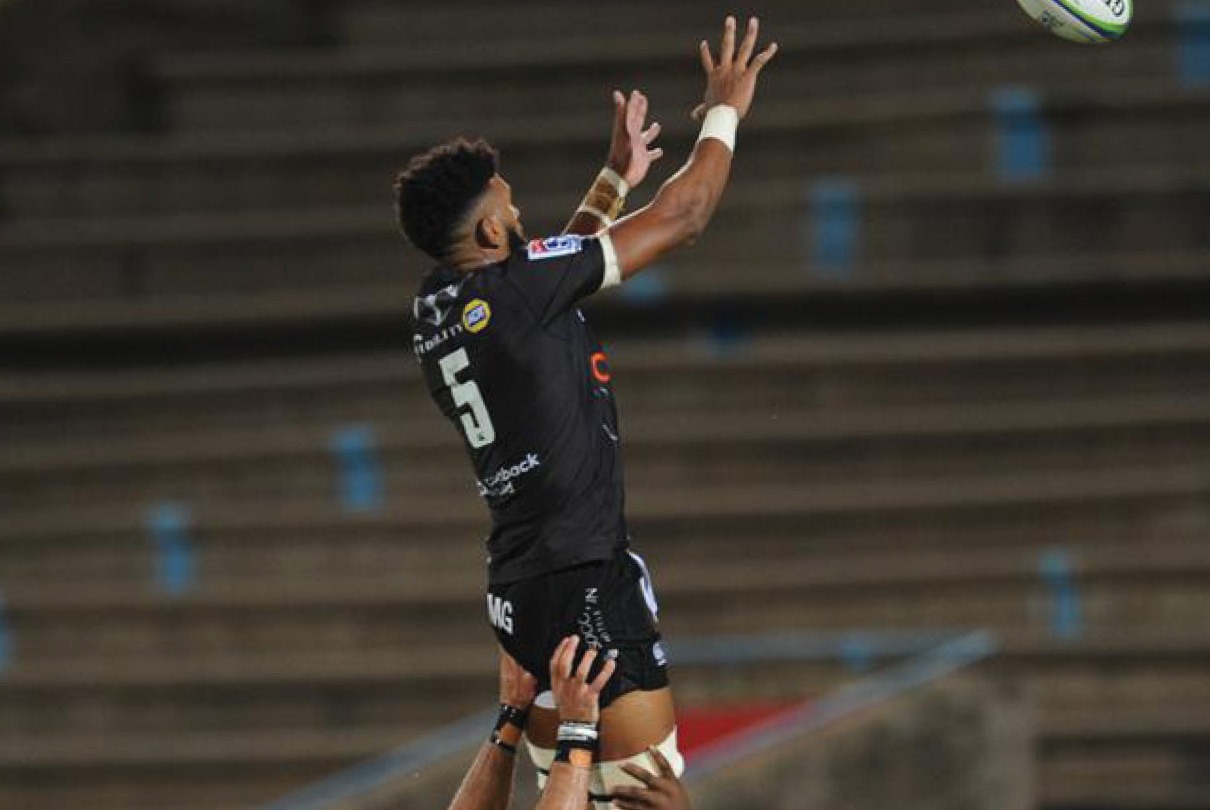 With pressure on both sides in Friday evening’s Vodacom Super Rugby Unlocked clash between the Cell C Sharks and Tafel Lager Griquas in Kimberley, this was a match where both sides threw everything at each other in search of victory.

Both sides put on a brave performance, but ultimately the Cell C Sharks demonstrated the ability to not only dig deep when all appeared lost, but to find a way to win which is the mark of all good sides.

With Griquas chasing an elusive first win in the tournament and playing at home, they were always going to be fired up and highly competitive. It showed as they almost managed to take the game away, but in the end cool, calm heads prevailed and it was the character and temperament of flyhalf Curwin Bosch that proved the difference in the end.

He rose to the occasion when he kicked an injury time pressure penalty to steal victory from the home side who thought their own penalty a minute short of full-time had earned them their first win of the tournament.

“We mustn’t forget that Griquas are a desperate team, they ran the Bulls close at Loftus and probably could have won that game and against us, I thought they were outstanding,” said Cell C Sharks Head coach Sean Everitt after the match.

“We’re very happy with the win, victories aren’t something that come easily in Kimberley, we saw that in this game. The guys showed great character in the fightback when they were 27-13 down, staring down the barrel when there were only 20 minutes to go.

“I thought the guys did well to stick to their processes and the plan to eventually claw their way back into the game.”

At 31-30 up, the Cell C Sharks were on top but nearly handed the home side victory. “Unfortunately some poor game management forced us to play rugby in our own half and give away a penalty [that saw Griquas take the lead with the match almost over].

“It shows when the guys stick to the plan, there is a lot of calmness in the group and they showed a character. The short kick-off, the great take in the air from Sbu Nkosi, building pressure with phases and then managing to get the penalty in the 83rd minute. We’re obviously very proud of Curwin with his BMT and the way he’s kicking at the moment.”

While it wasn’t quite the perfect performance, it was an outstanding effort against a team desperate to win and one that has perennially proved to be a thorn in the side of the bigger unions.

“Although I’m happy with the win, our set-piece needs work,” Everitt said. “We had made huge improvements over the last few weeks but unfortunately it didn’t go our way against Griquas.

“They can be proud of themselves for the commitment and character they showed defensively. Scott Mathie has done a good job with them and sometimes you feel for the opposition, but we will take the win and I’ll give credit to my team for the way they fought back.