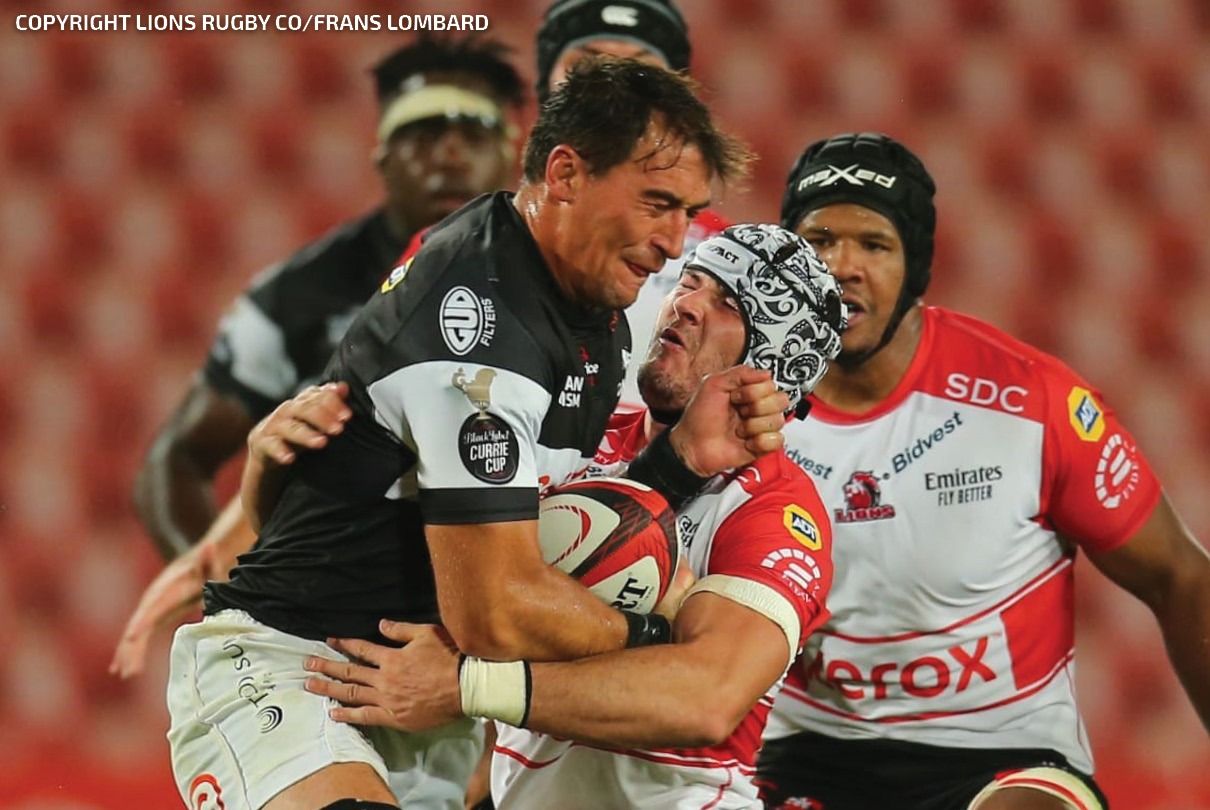 The Cell C Sharks went down to the Xerox Lions at Emirates Airline Park in a tough Carling Currie Cup match on Saturday evening, the home side running out 27-12 victors.

In a game that seemed to lack flow, very little went the way of a Cell C Sharks that tried but battled to launch against a confident Lions side who boast the best defensive record in the tournament and it showed as they kept the visiting Durban side from crossing the whitewash.

Elton Jantjies converted an early penalty to get the home team on the board and they continued to enjoy the majority of possession before closing out a TMO-referred try in the corner as the game approached the quarter hour. Jantjies’ effort from the touchline went wide but the home side had the early advantage.

Curwin Bosch was handed the huge responsibility of a 60m penalty kick from wide out in his half and the in-off flyhalf converted to cut the deficit with a quarter of the match played. He was on the money a few minutes later from almost the exact same spot after a lovely smother tackle from Sbu Nkosi and good work from Sikhumbuzo Notshe in competing for the ball.

The penalties continued as the Lions earned one at the lineout and regained the five point lead with just over 10 minutes of the half remaining. The home side added another three when the Cell C Sharks slowed down attacking ball as the penalty count in the game continued to climb.

There were few opportunities for attacking play in a tight first half dominated by defence and aside from a lovely take from a kick-off by Sbu Nkosi and good inroads, there was very little to cheer the sides on aside from all the penalties, with the home side taking a 14-6 lead into the break.

Bosch drew first blood in the second half with his easiest penalty after a good period of pressure on the Lions to reinstate the five point gap but it took until almost the final quarter before the next points were scored, the Lions cancelling the early penalty out with one of their own.

Another penalty conceded on defence saw the Lions pull perilously ahead, with an 11 point lead although Bosch continued his outstanding kicking with a fourth penalty to reduce the lead to 20-12 with just over 10 minutes remaining

The Lions sealed the victory minutes later when they attacked off a scrum, sent the ball out wide and beat the defence with too many numbers as they managed to score their second try and push their lead into an unassailable position, the conversion taking them 27-12 ahead with five minutes of the game left to play.

Bitterly disappointed Cell C Sharks captain Lukhanyo Am admitted after the match that, “The Lions played really well and managed to put us under set-piece and scoreboard pressure. We were always on the back foot chasing the game, forcing the situations.  We will regroup on Monday and work on our errors.”