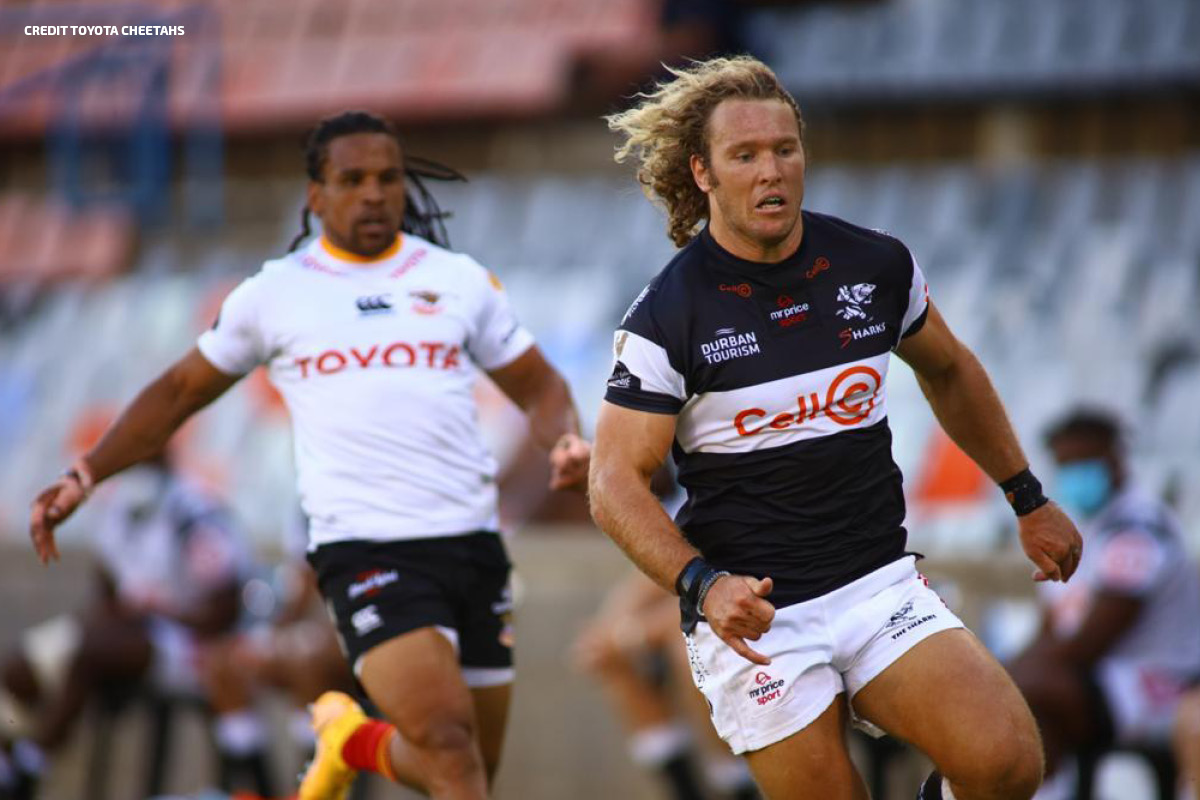 The Toyota Cheetahs put on a strong first half performance to defeat the Cell C Sharks 37-10 in a disappointing Carling Currie Cup match in Bloemfontein on Sunday afternoon.

The reigning Currie Cup champions had the perfect start, winning their kick off and scoring a try within the first minute of the game. Former Cell C Sharks centre Frans Steyn converted for the dream opening for the home team.

In a game that was clearly going to be about attacking rugby, the home side started throwing the ball around but an intercept from Yaw Penxe saw the Cell C Sharks levelling matters with Bosch converted from right in front.

For the next 10 minutes both sides tested the opposition defence before the Cheetahs worked their way into the Cell C Sharks’ 22 and off a scrum managed to get the ball over the line for their second try, converted by Steyn for a 14-7 lead.

The Cheetahs had the final word of the half when they took a quick tap in the 22 and managed to score their third try with Steyn converting after the whistle to give his team a 27-10 half-time lead.

There was renewed energy as the Cell C Sharks came out chasing the game and there were encouraging signs of a good fightback. There was a moment of excitement as Werner Kok had an opportunity to score but he was tackled early, ruled cynical by the referee and resulted in the Cheetahs reduced to 14 men for ten minutes.

They lost another player for a no arms tackle to the head a minute later but their defence was up to the task and they managed to thwart numerous efforts to get over the tryline.

With 15 minutes played, the Cheetahs struck the first points of the half, Steyn again on target with the boot but they would go on to lose a third player to the sin bin in the closing minutes of an ill-disciplined performance.

Ultimately their first half effort was rewarding enough to secure the victory together with an injury time try to secure the bonus point.