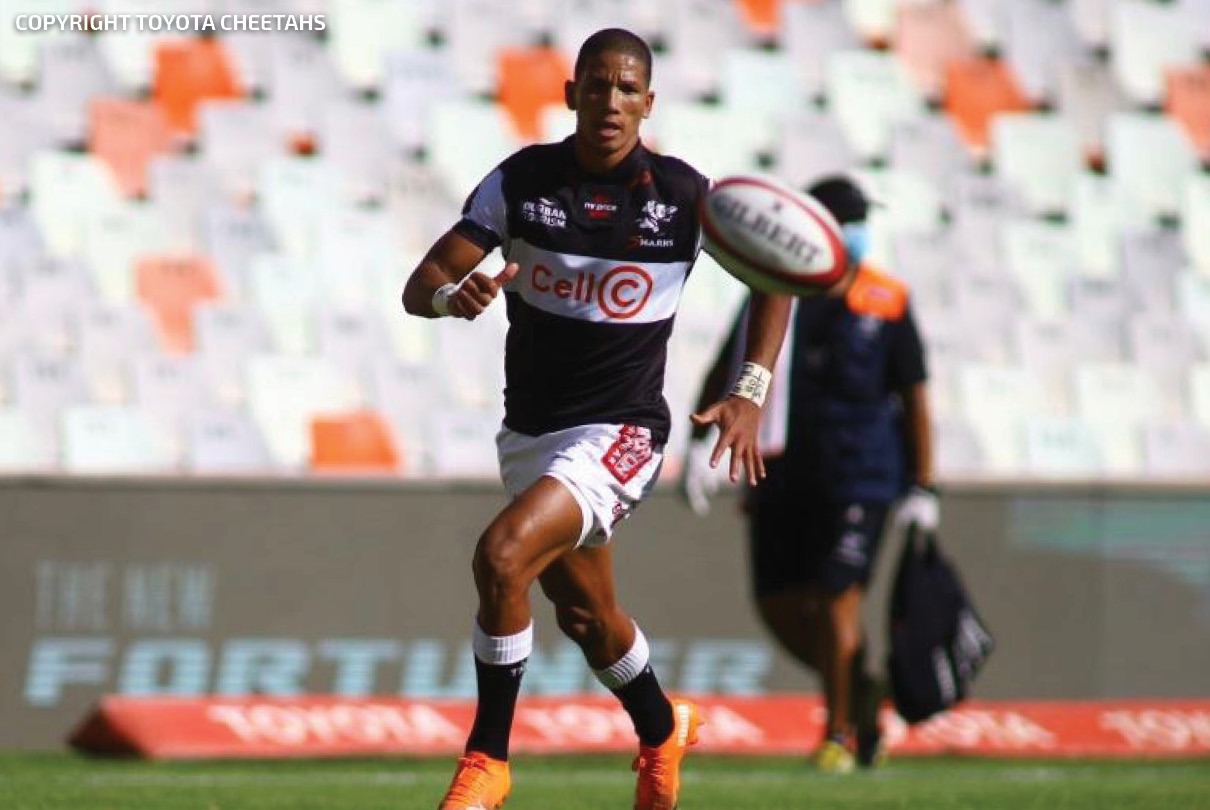 In rugby matches when one side is able to apply scoreboard pressure on the opposition and restrict their own scoring opportunities, the team trailing will be pressured to chase the game and that pressure leads to mistakes.

Commenting on the Cell C Sharks loss to the Toyota Cheetahs on Sunday afternoon, captain Lukhanyo Am admitted as much.

“They put us under scoreboard pressure which left us chasing the game and that’s where we kind of got rattled, trying to force things,” he explained. “The game just didn’t go our way, whether it was penalties or the breakdown or knock-ons. Unfortunately it continued right through the game, until the last minute of the game.

“It was one of those games when the bounce of the ball just didn’t go our way.”

Weighing in with his thoughts, Cell C Sharks assistant coach Brent Janse van Rensburg, stepping in for head coach Sean Everitt who didn’t travel with the team due to Covid-19 protocols, echoed the captain’s comments with an honest appraisal of how the game unfolded.

“When you’re chasing the game and making so many unforced errors, you sometimes get into that mental space where you try things at all cost and maybe just lose calmness. Testament to that was right at the end of the game we gave the Cheetahs a five-pointer when if we’d just kicked the ball out we would have restricted them to four log points. We gave them the bonus point by trying to play too much.

“That comes down to game appreciation, even if we’d scored a try there we wouldn’t have earned a bonus point. Restricting the Cheetahs to four log points would have been more valuable for us.”

He pinpointed small issues that compounded the Cell C Sharks’ problems on the day.

“It’s all about moments: the two kick-offs we lost, if we’d converted all those lineouts we had on their tryline, set the mauls better, had we scored when Werner Kok was tackled early, that would have added scoreboard pressure and taken the tension away. And that would have put us in a different mental space where we wouldn’t have felt that we were chasing the game. I think that’s what essentially happened.”

The result adds log pressure for the Cell C Sharks who must now host Griquas at Jonsson Kings Park this weekend and then head for Newlands to take on DHL Western Province in the final pool match before the knock-out rounds.

“We need to perform at our best every week now,” Janse van Rensburg conceeded. “We needed to get points out of this match, but it is what it is and it’s not the first time we’ve experienced moments like this. But it is important that we keep perspective and don’t allow it to define us.

“We need to focus on the process and what we need to do to improve and be more accurate at the set-piece and convert opportunities into points. We had a good performance against the Bulls a few weeks ago and the guys certainly have it within them to bounce back.

Given the disruptions brought about by Covid-19, he was loathe to lay blame there.

“We’re a solutions-based team, it doesn’t help to give energy to it or make excuses, we don’t have that mentality. We embrace the challenges that come and how we apply ourselves to those challenges will determine how we come out in the end. So while it’s not ideal, we can’t make excuses. We just weren’t good enough.” “We are hurting and will bounce back.”