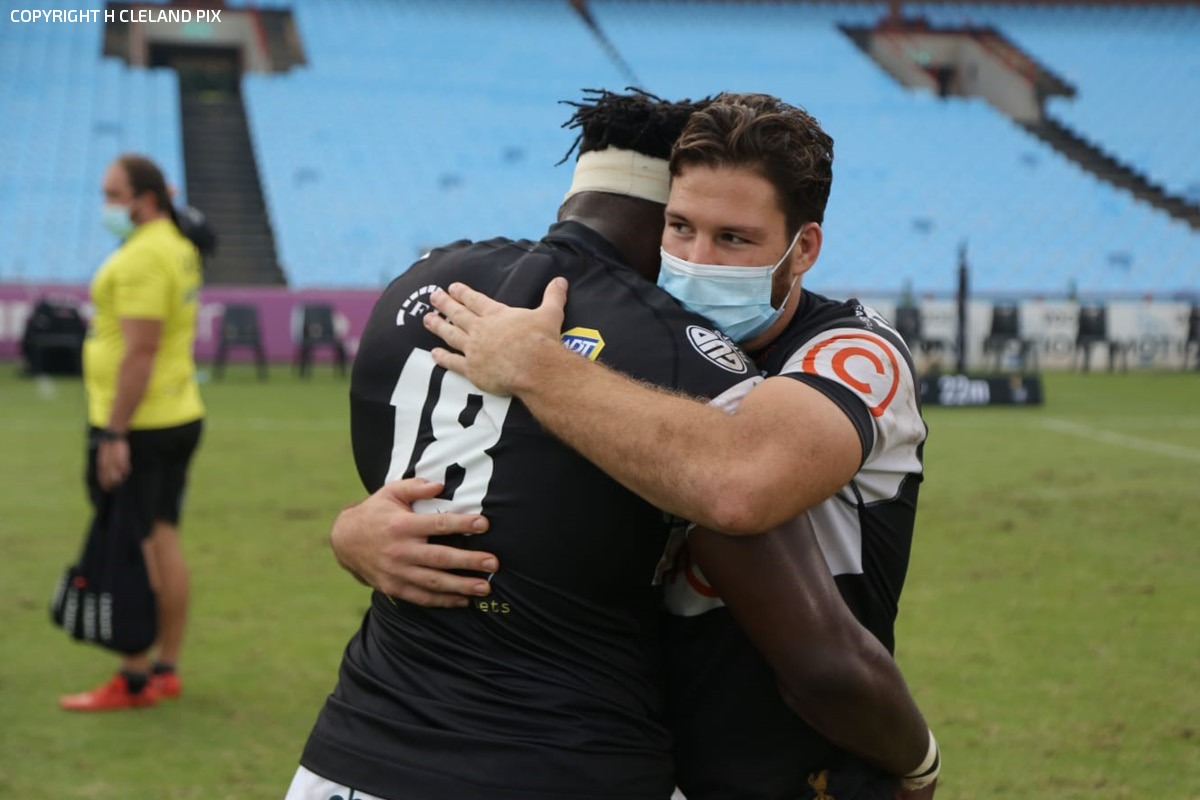 It took 99 minutes of a hugely competitive Carling Currie Cup Final before a winner emerged, and in the last play of extra-time, the Vodacom Blue Bulls scored the try that won them the title.

It was always going to be a game of pressure and that certainly played a role in the final outcome, although there was a stage when the Cell C Sharks, well ahead in the second half, looked like upsetting the apple-cart before eventually going down 26-19.

The Cell C Sharks forward pack has not always been given the credit they deserve, but for the second week in a row, must take a bow for the massive work rate on and off the ball as they delivered a composed, highly energetic performance that kept the home side under pressure.

A sixth minute penalty from Curwin Bosch got the scoreboard ticking over after both sides had look to test each other, mostly with high or long kicks, inviting a mistake that could be punished.

The Bulls’ Morne Steyn had an opportunity to square matters minutes later but somehow managed to push it wide and at the next scrum, the heavier Cell C Sharks pack earned a vital victory at the set-piece to strike a big psychological blow.

With that, the teams were forced to leave the field with the threat of lightening nearby and the game suspended.

When the action resumed, the Cell C Sharks looked to inject some energy into their attack but were thwarted by ill-discipline from the home side which afforded Bosch a difficult kick to level the scores, which he did beautifully with just over 10 minutes of the half remaining.

Steyn took his team into a 9-6 lead with his third successful penalty shortly afterwards but with less than two minutes of the half remaining, a set move off an attacking scrum saw the Cell C Sharks attack down the right, the ball went through the hands and out wide and there was no stopping the finishing of Sbu Nkosi who eluded his would-be tackler in the corner for the first try of the match. Bosch converted his most difficult effort of the day from the touchline to give his team a deserved 13-9 half-time lead.

Thomas du Toit won an early second half penalty – one of a number during the course of the game – as he successfully competed at the tackle and Bosch sent his team a converted try ahead with the three pointer, the visitors having scored 10 unanswered points either side of the break.

He made it 13 with a fourth successful penalty with 25 minutes remaining as the Cell C Sharks extended their lead to 10 points, but the Bulls’ fightback struck a bitter blow when a succession of driving mauls from close-quarters got them over the line for their first try, the conversion taking it back to a three point game.

With a minute of the game remaining, the Bulls pulled level with a late penalty and the game headed for extra time with the two teams locked on 19 points apiece. Extra time almost didn’t take place as the game went into injury time and the Bulls were given the chance to secure victory with a penalty, only for substitute flyhalf Chris Smith to push it wide.

The drama continued into extra time as both kickers missed their target, the pressure of the occasion clearly playing a role and there were no other scoring opportunities in the first 10 minutes.

With a minute left to play, the Bulls took the ball through a number of phases and penalty advantages before eventually scoring on the 20th phase of a patient build-up, wrapping up the title with the try that separated the two teams.