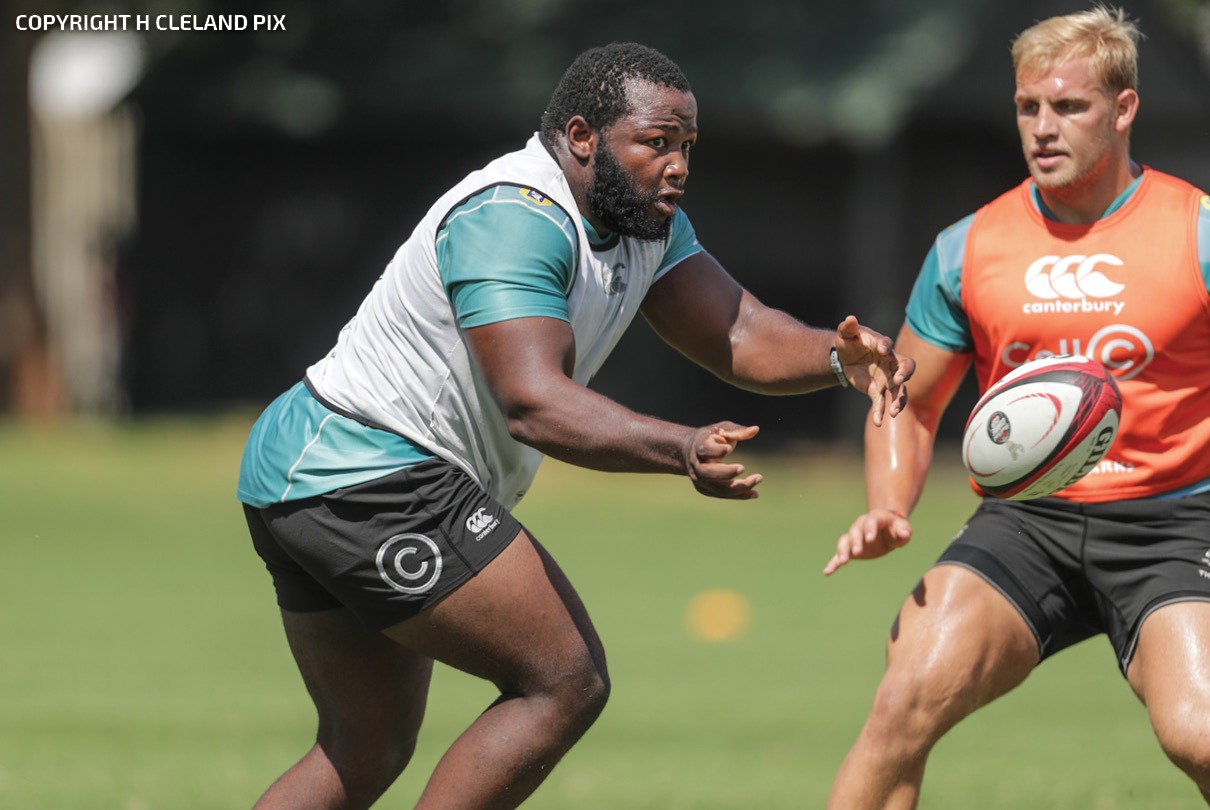 With the Carling Currie Cup only recently concluded with the Cell C Sharks contesting the final last month, rugby recommences this weekend with eight local unions competing in preparation fixtures between Friday 26 February and Sunday 28 March.

Each team will play two home and two away matches with 10 day cycles between games to adhere to Covid protocols, whilst giving the four Vodacom Super Rugby teams – the Cell C Sharks, Vodacom Bulls, DHL Stormers and Emirates Lions – an opportunity to prepare for the Rainbow Cup that includes 12 Europeans sides competing in the Pro 12.

The other four teams making up the eight teams are the Toyota Cheetahs, Eastern Province, New Nation Pumas and Tafel Lager Griquas.

Cell C Sharks prop Ox Nche is excited to get stuck in on the rugby field and happy to be back in training.

“The body feels good and well rested so that means the break was long enough,” he explains. “It feels good to be out and training again.”

The Cell C Sharks are hosting the Tafel Lager Griquas in the opening preparation match and looking to the aim of these games and what they want to get out of them, the big prop admits that it’s all part of a long-term goal.

“The aim is to get better as rugby players and to trust the processes put in place and then grow as a team,” he points out. “Although the result is important, but more so the process at the end of the day.

“We need to have more consistency in following our game structures, that will be a good platform to handling our game plan.”

More specifically and as a cornerstone of the front row, he pointed to the set-piece as an area of focus.

“Going into the Pro Rugby, we want to make our set-piece unstoppable; that is our aim. And to make sure everyone is on the same level. At Pro Rugby level, they do the basics really well, so if we can match that and bring what we have as a team, we’ll do absolutely well.

“We want to make a mark in the Pro Rugby competition. At the end of the day, none of us would be here if that wasn’t our ultimate goal.”