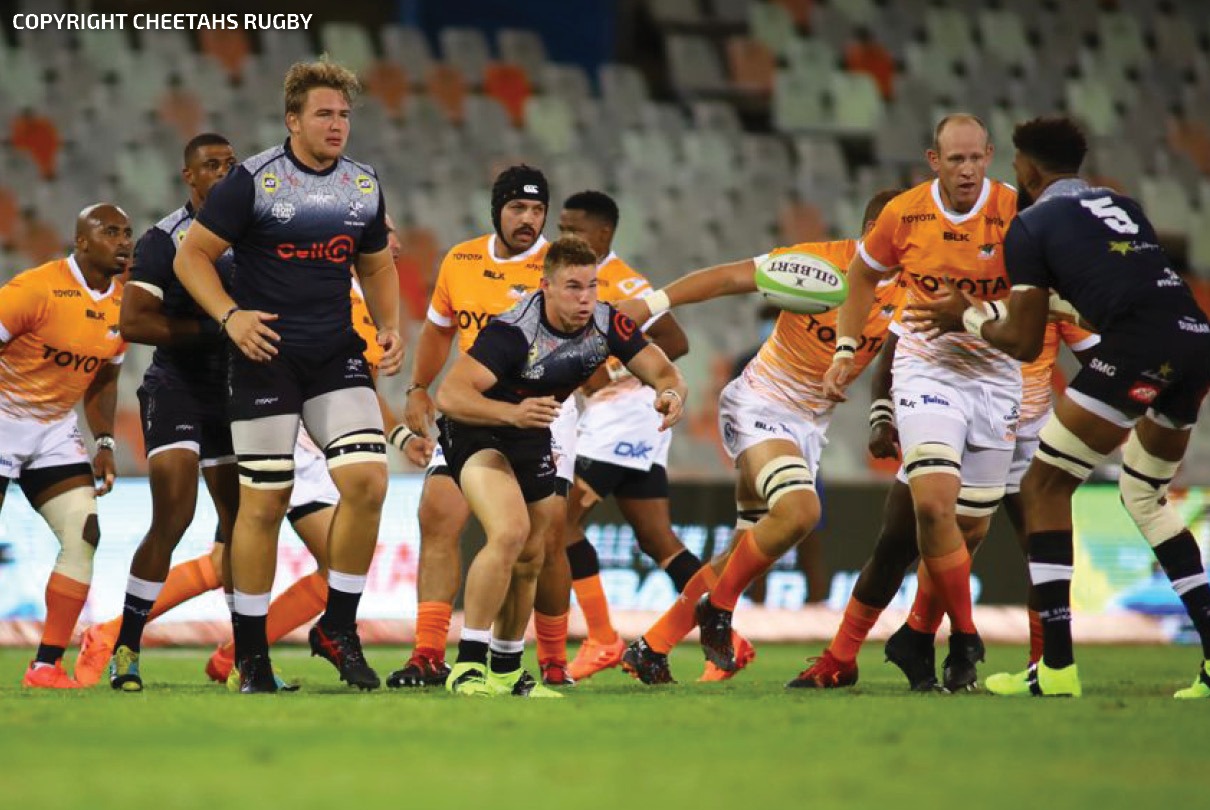 The Cell C Sharks will look back at their preparation series match against the Toyota Cheetahs with a mix of frustration and satisfaction, knowing that it was a game they could have won, albeit the home side only snatched victory right at the death.

After falling behind and then coming back into the game to eventually lead it, a late penalty gave the Cheetahs the win that could so easily have gone the other way.

But the game was so much more than just about winning, but developing squad depth for the rugby season ahead and on this point, things are definitely looking positive.

“We had four or five attacking lineouts and unfortunately didn’t convert, but that’s an example of the accuracy in our execution that let us down for the 80 minutes,” he pointed out.

“It wasn’t in one particular area, but a number of areas. So there a lot of errors that cost us, but I thought we did well to fight back and put ourselves in a position to win the game.”

The second half comeback showed that the depth in the squad goes far as they hit back admirably. At flyhalf, Manie Libbok played an important role in that fight and Everitt admitted that Libbok certainly adds depth in this vital position.

“We didn’t recruit him primarily as a fullback but as a 10 and 15 because we only had Aphelele Fassi at fullback but we do see 10 as Manie’s first choice position. I thought he went well last week and this week we tried to balance the books by giving Jordan Chait a start and when Manie came on, he delivered a really good performance which is pleasing for him and obviously for the coaching staff.”

The scrum is always closely monitored because it is an area a team can assert dominance and force penalties. The home side did have the early advantage but in the second half that all changed and a succession of scrum penalties knocked the Cheetahs’ back significantly.

“Depth in the front row is vitally important,” Everitt explained. “We learned some hard lessons in the Currie Cup where we struggled upfront, particularly because the guys didn’t have much game time. With Covid and social distancing, the guys weren’t able to scrum as much as they would normally.

“It was particularly pleasing to get three scrum penalties. These are young front rowers coming through and it was particularly pleasing to see Ntuthuko Mchunu come through the way he has. It’s only his second game at prop, two years ago he was an eighthman at Maritzburg College and he’s really been a powerhouse in the last two games that he played. Not only in his scrumming but his ball carries as well.

“So it is pleasing that we’re growing depth in these positions.”

James Venter left the field injured and Everitt confirmed that the flank suffered a pectoral strain, the severity of which will be determined by scans although the coach admitted that he was in “quite a bit of pain.”

With two matches remaining, the plan for the Cell C Sharks is to introduce the rest of the back into the matchday squad.

“We had to look at the whole year ahead of us and we therefore split our group into two because there was no opportunity for us to have a preseason. The group that has been involved in these two games will be shuffled around into conditioning squads for the remainder of the preparation games and the guys who have been in the conditioning squad will start filtering into the match 23. “Hopefully by the end of these preparation games, we will have everyone playing and at full strength.”