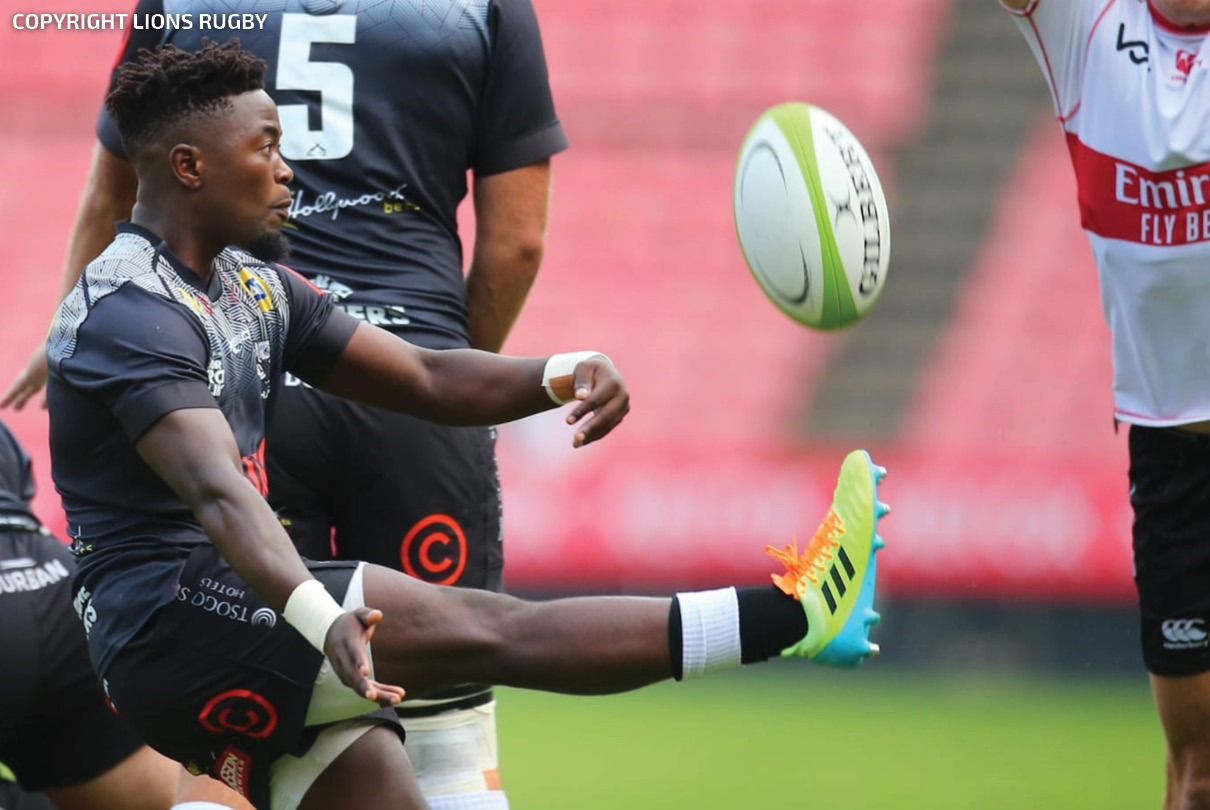 Despite going down narrowly to the Lions in the preparation series match in Johannesburg on the weekend, the Cell C Sharks have plenty of positives to take out of the game.

In the final analysis, a solitary penalty separated the two teams and it was only at the death that the Lions secured the win in a 12 try, 43-40 thriller, both sides scoring six tries in an exciting clash.

“We’re disappointed that we didn’t get the result in the end,” said head coach Sean Everitt after the match. “It was a highly entertaining game and from a metrics point of view, it was exactly what we wanted to do.

“We know it is a series of preparation games and apart from actually playing some rugby, it’s good for us to use it as a conditioning exercise as well. In the three games we’ve played, the guys have shown good intensity and they’ve been very brave with ball in hand.”

Given that there was an influx of new players for the match, it was never going to be fluid but it is all part of a process outside of a competition.

“We did struggle at times with discipline issues at the breakdown, there were also a couple of set-piece issues, including the kick-offs” Everitt conceded. “But all in all, a great performance and a lot of courage shown by the boys to come back from a half-time deficit.”

The Cell C Sharks struck back heroically in the second half after trailing the home side 26-14 at the break. The Lions had scored first but Aphelele Fassi responded after some good work from young centre Rynhard Jonker.

The Lions scored tries two and three before Werner Kok added our second thanks to a good cross kick from Boeta Chamberlain. A fourth try for the Lions extended their first half lead to 12 points before the second half fightbak.

Dylan Richardson scored a brace of tries either side of one for the home team and then two from Ntuthuko Mchunu after the Lions had their sixth meant the teams were drawn at 40 points apiece. A last gasp penalty gave the Lions the win.

“Some great rugby was played and there are some good exciting boys coming through,” said the coach. “Rynhard Jonker and Emile van Heerden played their first senior games for the Cell C Sharks and it was also exciting to see the young Ntuthuko Mchunu come on and make the impact that he did, especially with the 50 metre try. He’s a guy who has certainly come through well in the preparation series.

“And that’s what it’s been all about for us, we’ve been able to give every squad member at least two games which is pleasing for us because we have grown our squad and given some guys a taste of experience, especially the Under 21s from last year who never had much opportunity to play due to Covid.

“Once again, there will be different combinations this week which is exciting for the players and they’re all really amped to show their talents out on the field.”