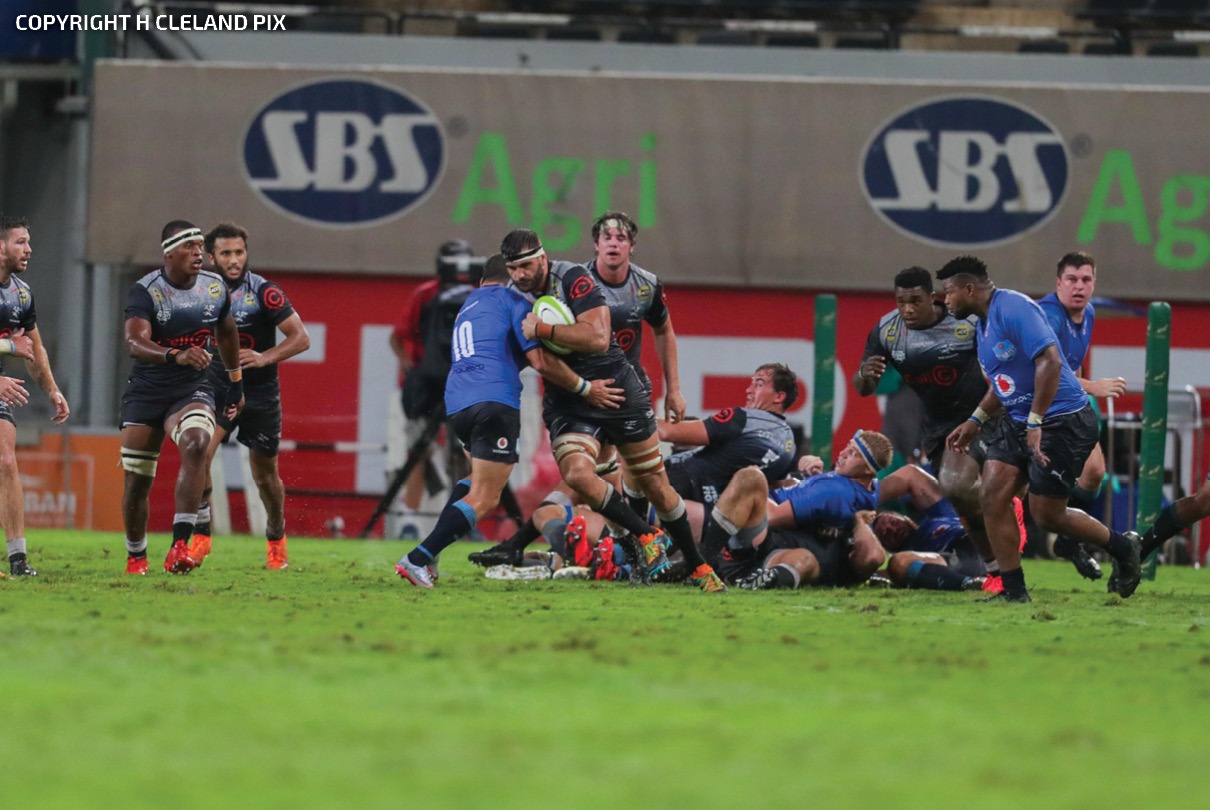 Following his team’s 45-12 win over the Vodacom Bulls at Jonsson Kings Park on Friday evening, head coach Sean Everitt was a very happy man given how emphatically the Cell C Sharks had despatched of their old foes.

In a game of two halves, he chose to focus on the positives from the game, the many that could be so easily identified from a performance and result such as this.

“I’m thrilled with the result, I thought the guys were outstanding in the first half hour,” he enthused. “Unfortunately things went a little bit awry, but I won’t focus on the negatives, we know what those are and we can fix the things that didn’t work for us.

“The guys came out in very difficult conditions, it was wet and humid which makes it even tougher, but they were brave with ball in hand. We wanted to play quickly and that worked well, the guys skill levels were really high.

“So I’m very happy with how they played, I said the preparation cup was about putting processes together for the long term goal and we certainly achieved that. Along with giving everyone opportunities – and here I’m talking about [lock] Emile van Heerden who is only 20 and he was put in charge of lineouts. He learned a lot and it was great that he got that opportunity.”

What was quite interesting was the fact that despite the conditions, the Cell C Sharks opted to play exciting, running rugby and it certainly paid off. A more conservative approach might have been expected in the wet.

“We have a certain style of rugby that we want to play, the opportunities allowed that to happen for us,” he explained. “We counter-attacked really well, we didn’t play much rugby in our own half and it was a case of attacking in the right positions on the field and you have that window of opportunity with turnover ball. The guys managed to move it so well that people might think it was our plan.

“Our set-piece was also very good in the first 25 minutes and that set up a good platform for our attack and lineout maul which functioned early, so that was really good, but perhaps that’s where things went wrong, later in the game our set-piece wasn’t as good as when we started. Credit to the Bulls for nullifying that strength of ours.”

With lots of rugby to be played in the northern hemisphere against Rainbow Cup opposition, being able to play running rugby could be a strong tactic when forward domination is generally the focus given the inclement weather.

“When we go over there, the conditions aren’t going to be that sour where we have to kick the ball away, we’re going in the better part of the year but at the same time, if you do your homework, Pro14 rugby is not all about kicking, it’s about getting the balance right between kicking and attack.

“That’s the blend you have to get right because kicking can be converted into counter-attack opportunities.”

With Curwin Bosch out after sustaining an injury in the lead-up to the game, Boeta Chamberlain was handed the number 10 jersey and performed well. Everitt confirmed that Bosch “Sustained a grade one ligament strain in his thumb which is not too serious, he’ll be able to return to training.

“I though Boeta was much improved from the previous performance which is what you expect from a youngster who hasn’t played rugby for a long period of time. We’ve seen before that he certainly has the attributes to perform at the highest level. He had a fantastic Currie Cup in 2019, but last year unfortunately was dealt a terrible blow with concussion that kept him out for the remainder of the Super Rugby tournament. Then he suffered a shoulder injury in the under 21 competition.

“I was so so happy with him, this game would have done him the world of good. I’ve coached him at under 19 level and know what he’s capable of, he certainly displayed that against the Bulls and with more game time, he’ll just get better and better.

“What was really impressive for me was the way he was able to move the ball, his kicking into space was really good and then his touch kicking was outstanding. He’ll just grow and get better with more game time which puts pressure on everyone in that position at the Cell C Sharks and that’s great for me.”