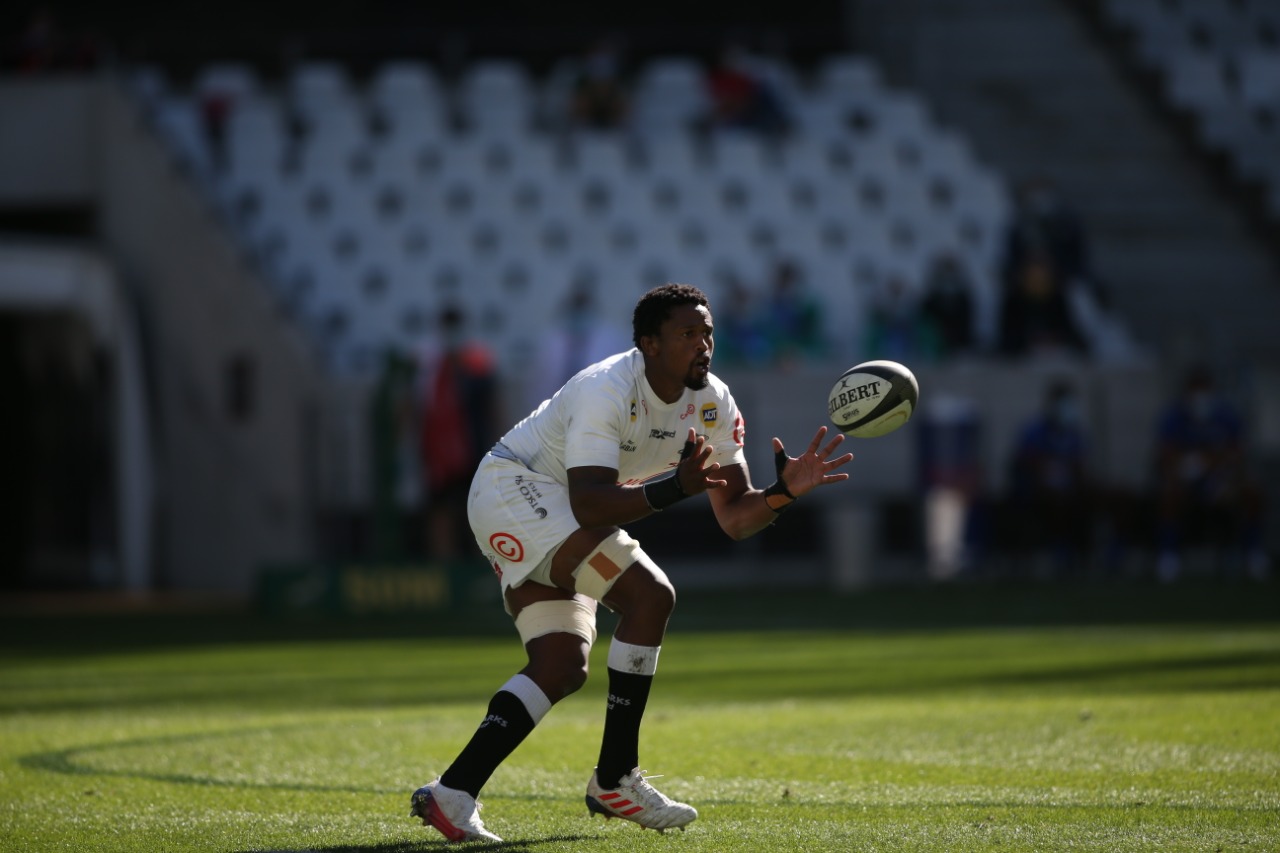 While it was great to get a win against the DHL Stormers in the first match of the Rainbow Cup SA, there is still some work to do before the Cell C Sharks hit that perfect performance.

Still, it was a gutsy fightback when things were looking down and to come from behind to register victory in the way they did is hugely pleasing.

This Saturday the Cell C Sharks host the Emirates Lions at Jonsson Kings Park looking for a performance that takes it up a level, and continues as the tournament progresses.

“You can never be pleased with yourself after the first round of a competition,” laughs Cell C Sharks eighthman Sikhumbuzo Notshe. “There are always work-ons.”

One area he highlights is the break-down where the home side competed well on the ground.

“We were poor there, their stealers managed to get their hands on the ball and we didn’t react well. As team-mates, when one guy carries, we need to look after him and that’s been the focus for us.

“It’s something we haven’t shown consistency at, some games we were fine and in other games we lost concentration and this past weekend was one of those game where we just didn’t look after our team-mates when they went into contact. It is an issue but we have addressed it and it’s something we’re working hard to resolve.”

Despite any shortcomings, the Cell C Sharks still won the game and that says a lot about the character in the side.

“Absolutely,” Notshe admits. “Just look at the effort from the boys, at one stage we were far behind. But as we gathered behind the poles, we spoke about our energy levels and our intensity which were good, and that we couldn’t lose that.

“That energy, enthusiasm and feeling for each other is what got us over the line. At the end, we could so easily have given away a penalty but we forced them to kick that 50-50 grubber and I guess the ball bounced in our favour.”

While luck plays a role, sometimes for and sometimes against you and with varying degrees of influence, this was not a lucky win.

“There are a lot of positives to take out of that game,” he points out. “Defensively we were good, we made a lot of good tackles and we were very disciplined in terms of the new interpretation of the laws. I thought we adapted well.”

Looking ahead to Saturday’s clash with the Lions, he expects a real tussle against the Joburg side.

“They’re going to be a different prospect to the Stormers. But they’re also a very physical team and we have to respect them. They showed us what they can do in Super Rugby Unlocked after we started off well and then they came back in the second 40 and played well.

“We have to make sure we start well and finish well because they’re a quality side and we respect that.”