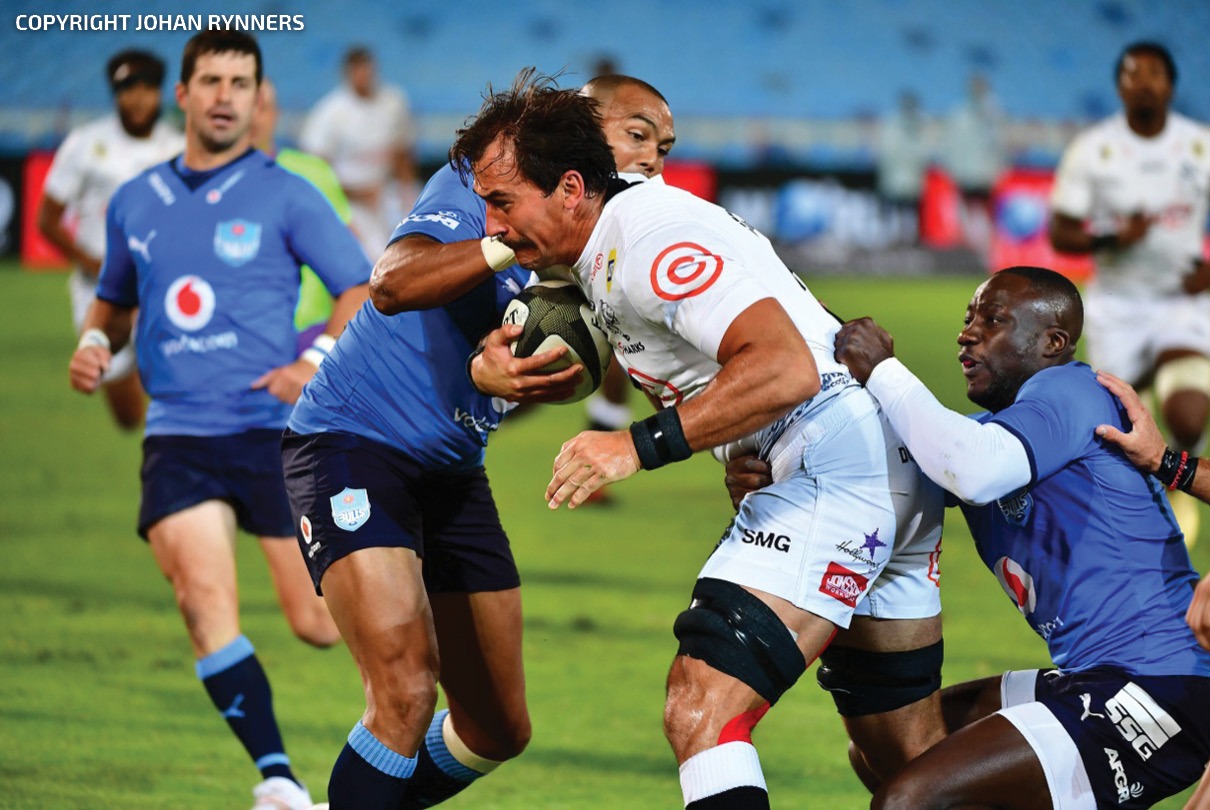 In the changeroom after the Vodacom Bulls game, the Cell C Sharks were left considering what had just happened when the second half onslaught took the result away from them after they had enjoyed parity with the hosts.

Rainbow Cup SA has certainly delivered everything it promised as the players have embraced what it means to play local derbies. The competition is hot.

“The score speaks for itself and it’s clear how the feeling amongst the players was – not good, at all,” explained Cell C Sharks flank and vice-captain Henco Venter on the emotions after the game.

“We had a lot of reflecting to do afterwards, and we have, now we’re ready for this weekend’s match. There’s been a lot of talk with positive critique and we’ll keep being who we are.”

He added that one game lost doesn’t make this a bad side. It’s a hiccup, no doubt, and not a loss that the team are proud of, but it’s not the end.

“One result doesn’t define our team and we’re excited to fix that this against the Stormers.”

Although the forwards more than held their own in the first half, it was a tough day at the office in the second half when the Bulls mounted a huge challenge and came out on top. The Stormers will come out hoping they can catch the Cell C Sharks for a second weekend in a row. Is that possible?

“Rugby is a weekend game and the previous weekend we stopped 14 mauls against the Lions and we held them off with six men against eight,” he explains.

He admits that the criticism aimed at the Cell C Sharks pack has not deterred them from their plan.

“It all depends on how you take it, it can be positive or negative, but we saw it in a positive light.”

The Cell C Sharks have a good record against the Stormers in recent times and will look to continue this scoreboard dominance again at Jonsson Kings Park on Saturday afternoon. The Stormers are coming out with strong talk of their own, backed up by a powerful pack of forwards.

“Before the Currie Cup semi, we lost against the Bulls and we came back and beat them at Newlands. But I don’t think it’s going to be easy, it’s going to be one heck of a fight and we need to be clinical every step of the way, fix our mistakes and capitalise when we can.”

There is a distinct carrot at the end of the stick for the South African sides in the Rainbow Cup with the promise of a final against the winner of the northern hemisphere group and Venter is adamant that this is their goal.

“We play to be the best and to win and to be in finals, and to play in the European Cup next year, so it’s definitely our aim. We played two away games in the first round and we have two home games remaining and we’ve finished the difficult part and the competition is still in our hands.

“If we win our remaining games we can win the competition and then we go overseas. Having a final [instead of the log winner being crowned Rainbow Cup SA champions] definitely changes the complexion.