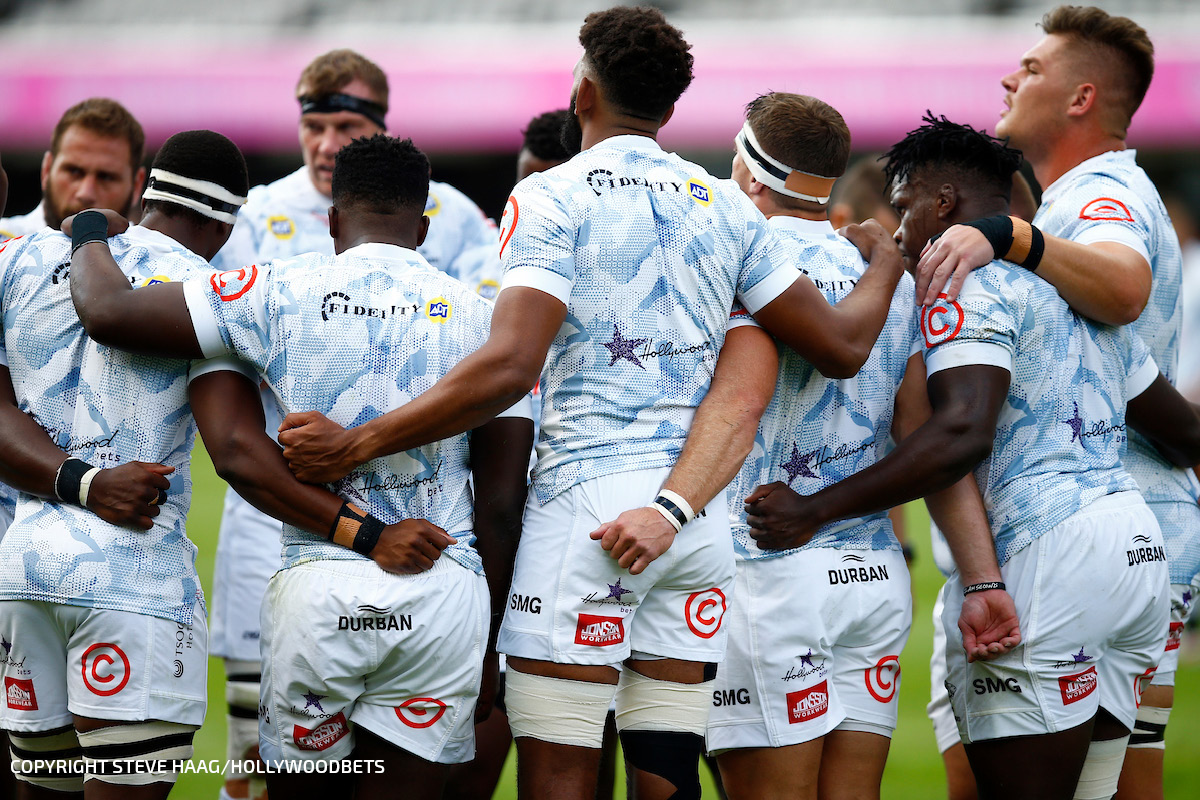 Both the Cell C Sharks and the DHL Stormers will run out onto Jonsson Kings Park looking for a big performance in this Saturday’s Rainbow Cup SA match when the two teams meet in the return leg of the competition.

The Stormers are smarting after losing to the Cell C Sharks in round one, while there is a strong desire for the Durban side to get back to winning ways after last weekend’s disappointment.

After rupturing a patella tendon against the Vodacom Bulls, Sikhumbuzo Notshe has unfortunately been ruled out of action for a few months, which has necessitated a re-jig of the loose-forward trio. Henco Venter moves to eighthman with Thembelani Bholi taking his place on the side of the scrum.

In the final change, Marius Louw returns to the side and takes over from Jeremy Ward at centre.

“The guys are proud, they have a lot of fight in them,” Everitt admits ahead of the coastal derby clash.

“Despite last week’s loss, there is still a lot of rugby to be played, we have three games and it starts with our come-back this Saturday and we’re certainly not out of the race. We’re still in a really good position, the Bulls are only three points ahead of us, we still have them at home and we haven’t lost at Jonsson Kings Park for a long period of time. We want to bounce back and we do want to win this competition.”

The Cell C Sharks home record is something special and it’s a proud record they will look to maintain this weekend and for the remainder of the tournament.

“This is our home, where we live and the town that supports us,” explains vice-captain Henco Venter. “We’re definitely not going to just lie down and let the Stormers come here and take that away from us.”

“We’re expecting a huge challenge but we’re 100% up for it. We’re excited to take on their forward pack because we don’t want them to come here and not give anything but their best. We want to beat the best teams.”