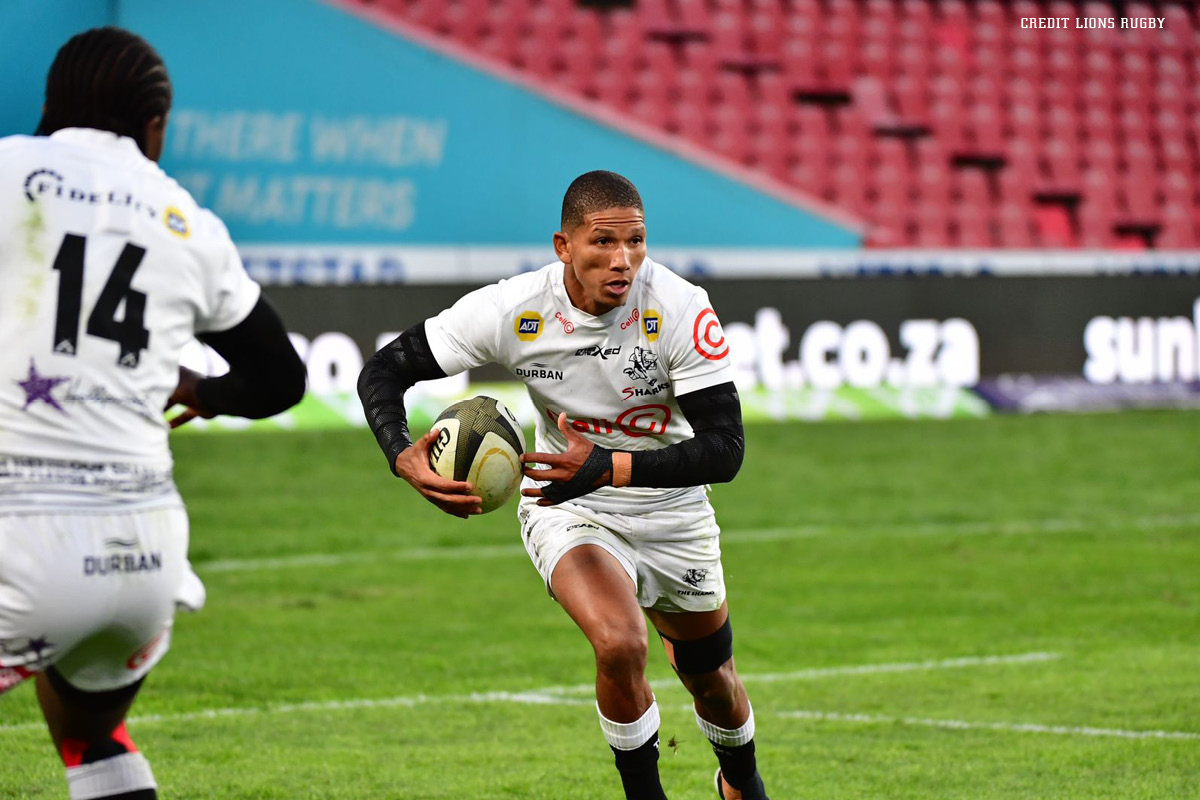 In what was effectively a Rainbow Cup SA semi-final, the Cell C Sharks did what was necessary against the Emirates Lions to achieve exactly what they needed to set themselves up for Saturday’s ‘final’ against the Vodacom Bulls.

In a winner-takes-all final round to the competition, the Cell C Sharks will be crowned champions this coming Saturday should they repeat their match-winning effort against the Lions over the weekend.

“I was really pleased with the performance, it was a massive challenge and we were also forced into making late changes which was a disruption,” said Cell C Sharks head coach Sean Everitt on reflection.

“But we had the bye week in which to focus on correcting the stuff that hasn’t worked well for us and the pack delivered a really good performance, while the backs did well with the platform that was created for them.”

In particular the lineouts functioned optimally and there were even a few steals which broke the Lions’ momentum.

“It was a big problem against the Bulls and Stormers, and we must also give credit to the opposition, they were outstanding against us. In saying that, no disrespect to the Lions on Saturday, but our guys worked hard, we went back to the drawing board and simplified our options and that certainly paid dividends for us.”

Bye weeks can be helpful, but sometimes the break in play can lead to a break in momentum. Fortunately, this didn’t materialise on Saturday when the team dominated and delivered. Everitt acknowledged the effort from his wider squad members who really stepped up to the challenge.

“There were a lot of excited youngsters out there and that shows what happens when players get opportunities. Guys like Manie Libbok and Boeta Chamberlain haven’t played much, Werner Kok played in a different position and Makazole Mapimpi was back for us, while Anthony Volmink was outstanding at fullback, so those guys have been chomping at the bit to play and when they got the opportunity, they certainly did well.

“I knew that coming into this game there would be no lacking of energy. But in saying that, we are a performance-driven team and I’m very happy with the way we played.”

Flyhalf depth is something the Cell C Sharks can look at with great satisfaction after this match. With Curwin Bosch rested for this game, both Manie Libbok and then Boeta Chamberlain showed hunger to play and delivered exactly what their coach requires of them.

“Boeta has been very unlucky over the last 18 months or so with the injuries he’s had to carry. He displayed really good form in 2020 when we were overseas and it was great that he got time. When we played against the Bulls in wet weather in Durban he was outstanding in that game, We’re very happy with where we are as far as that’s concerned because we know that flyhalves are going to play a big role when we go to Europe at the end of the year.”

The win puts into perspective the character in the side. They were under immense pressure in a must-win situation and they delivered with aplomb.

“It was a tough two weeks, losing two in a row and then coming to Emirates Airline Park to rectify matters was never going to be easy because the Lions were on the up and playing some superb rugby,” said Everitt.

“This win gives us confidence going into the final match against the Bulls at Jonsson Kings Park on Saturday. We’ll be selecting our strongest possible team, we’re in with a chance against the Bulls at home and we’ll be aiming to score the four tries and get a victory.”