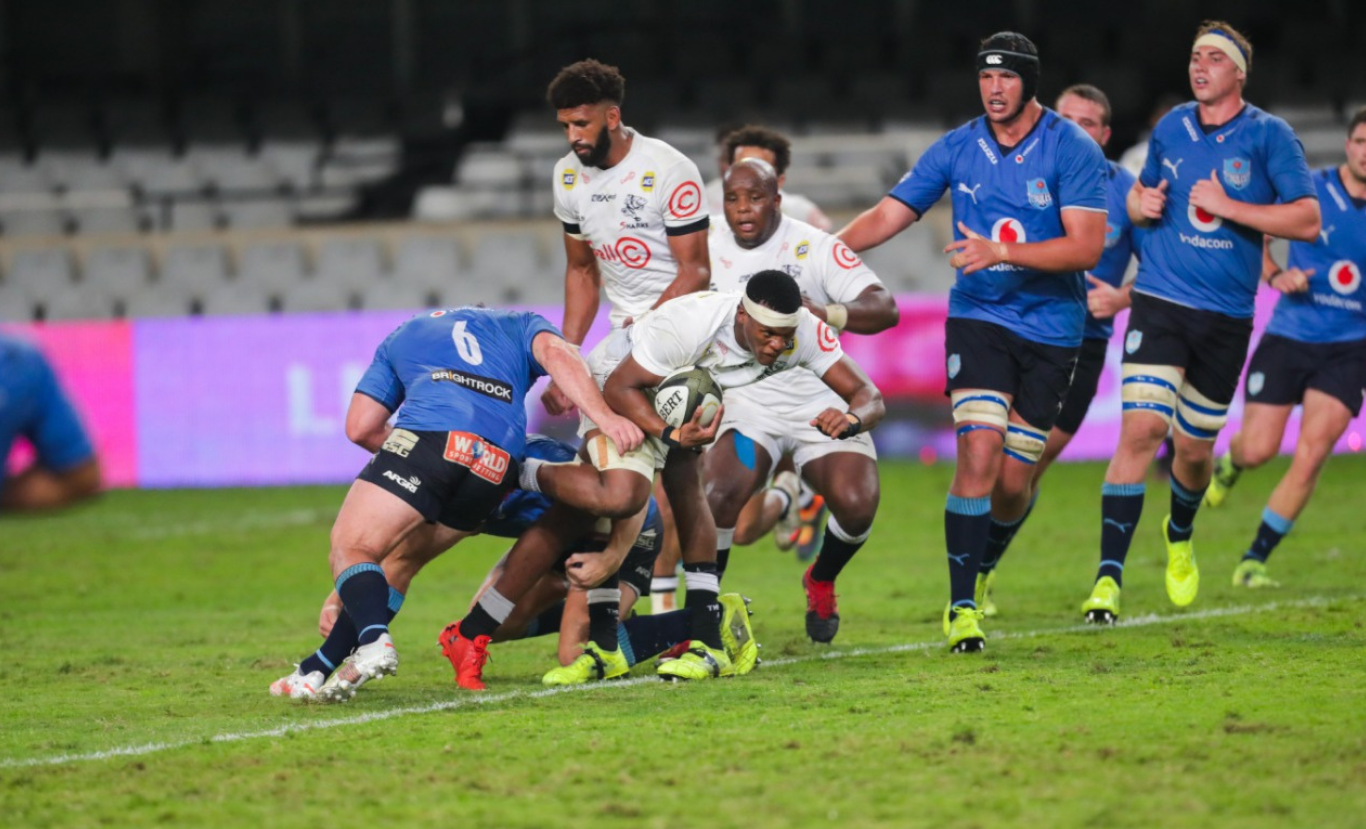 The Cell C Sharks came into their final round Rainbow Cup SA match against the Vodacom Bulls with a mountain to climb chasing a bonus point win and sadly went down 34-22 after a strong second half showing from the visitors.

There was nothing in it after the first half and the Cell C Sharks would have been frustrated not to have a substantial lead at the break, having dominated, while the Bulls made their few opportunities count.

The opening exchanges were played in the Cell C Sharks half with the visitors unable to score from an attacking lineout thanks to some outstanding defence, and then a halfway line penalty attempt from Morne Steyn was sent wide as the Bulls dominated the early possession stakes.

It took a good 10 minutes before the Cell C Sharks got out of their half and did well to take possession to the Bulls tryline before a steal on the ground put paid to their effort.

The deadlock was finally broken in the 17th minute when Steyn converted a simple penalty and he doubled his tally almost 10 minutes later as the Bulls were clearly looking to score points whenever they presented the opportunity.

For a Cell C Sharks side chasing the bonus point, every penalty was sent to the corner in the hope of scoring tries and they were duly rewarded a few minutes later with a good forward effort that came from a patient build-up before JJ van der Mescht mauled the ball over. Curwin Bosch converted and the Cell C Sharks were in front.

The Bulls repelled two efforts at close quarters before a Bosch cross-kick was charged down for a Bulls try completely against the run of play five minutes short of the half-time whistle. Steyn converted from out wide for a 13-7 lead to throw the spanner into the Cell C Sharks’ works.

Bosch smashed a 50m effort comfortably when the Bulls were penalised for a high tackle on the halfway line to reduce the deficit to three points. There was a late opportunity but a technical infringement against the Cell C Sharks put paid to their best intentions.

Although the Bulls were leading at the break, the Cell C Sharks had done all the playing but they would know that opportunities created needed to be closed out in their quest for the four try bonus point win. Converting momentum into points was key.

The Bulls worked their way into the Cell C Sharks 22 before Morne Steyn attempted a drop-goal which was charged down and touched, leading to a scrum from where they scored their second try 10 minutes in, the conversion taking them to a 10 point lead.

But this stung the Cell C Sharks into action, a lovely break from Phepsi Buthelezi set his team onto the front foot before captain Lukhanyo Am added further metres and then Werner Kok combined with Siya Kolisi for the Springbok captain to go over in the corner to reduce the deficit to five points.

But the Bulls were back on the scoreboard a handful of minutes later when a planned move came off from an attacking lineout, the conversion taking them into a 12 point lead with just over a quarter of the match remaining.

On the 60th minute the Bulls mauled over their fourth try to put distance between themselves and the Cell C Sharks and there was a lot to do at 34-15 down.

With the Bulls conceding penalty after penalty, they lost two players to yellow cards within five minutes of each other and with the numbers advantage, made it count out wide when Anthony Volmink closed out the third try with Manie Libbok converting from the touchline. At 34-22 down, and five minutes remaining, the tension was palpable.

But that would be the last time either side scored in the match and the Bulls will travel to Italy to play in next weekend’s final.

The Cell C Sharks now turn their attention to the Currie Cup and despite the tough result tonight will take a lot of confidence from this match into the new tournament.