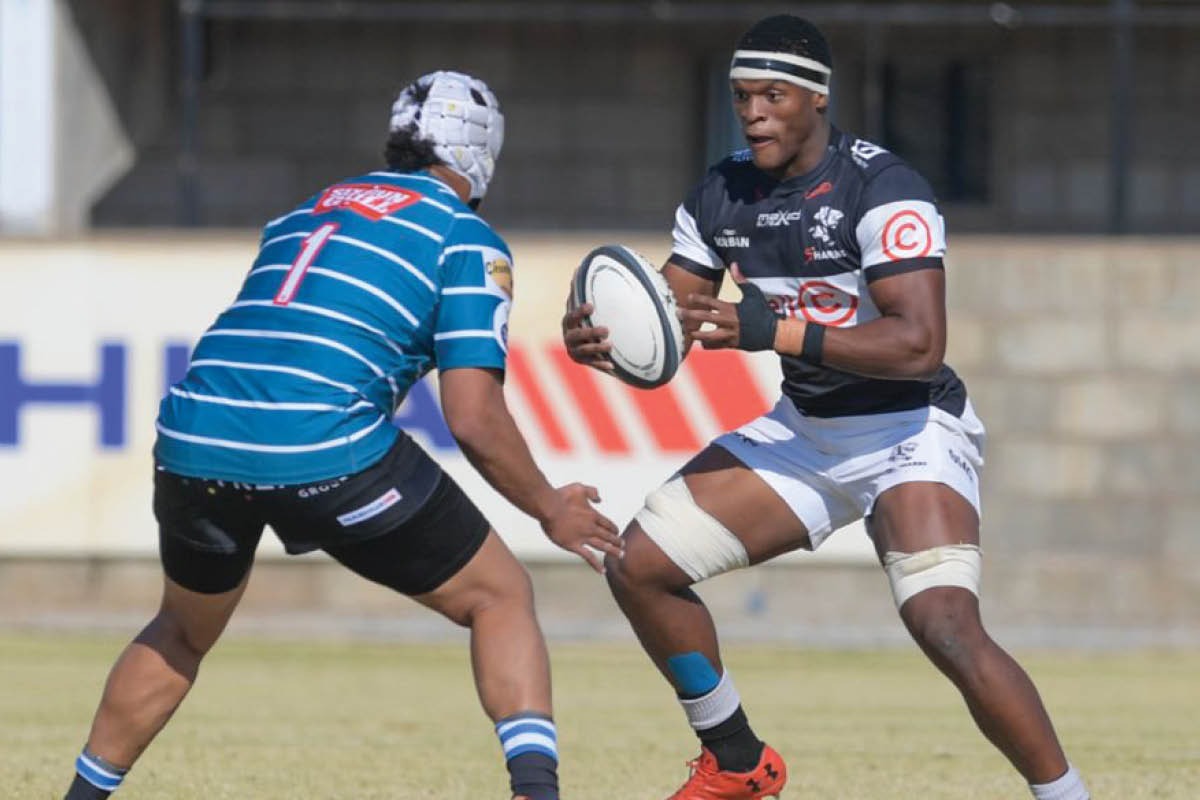 Kimberley has proved an unkind hunting ground for many a visiting side and the Cell C Sharks had to work hard before earning a deserved 30-16 Carling Currie Cup bonus point victory against the Tafel Lager Griquas on Saturday afternoon.

It took until the last minute of an exciting and highly competitive match when the fourth try was scored for a full house of log points out of a potentially tricky fixture, but the Cell C Sharks were full value for their win against a home side that plays with a never-say-die attitude.

The home side struck first blood with an early scrum penalty sent through the posts, but the Cell C Sharks were not in a generous mood and quickly worked their way into the home side’s 22 and spent five minutes there before Boeta Chamberlain knocked over a drop-goal on penalty advantage to even matters on the scoreboard.

When Griquas finally managed to break out of their half, a second scrum penalty gave them the opportunity to double their score, but their joy was short-lived and the visiting Sharks were playing with more and more confidence, keeping the ball alive and some lovely interplay saw captain Phepsi Buthelezi finish off an enterprising move to score the opening try of the game, Chamberlain pushing the lead to 10-6 at the conclusion of the first quarter.

Griquas were forced to defend for long periods but they were ferocious in their efforts and somehow managed to get numbers at the breakdown and put pressure on the Cell C Sharks who were forced to concede a mauling try five minutes short of the half-time break.

However, the TMO identified an obstruction from the attacking side and the try was fortunately over-ruled.

The home side continued to show a lot of fight as they sensed the opportunity to add further to their points’ tally, but would finally be denied by some stern defence and it was the Cell C Sharks who would lead 10-6 at the end of an exciting half.

Griquas’ discipline let them down early on in the second half as they found themselves under incredible pressure as the Cell C Sharks injected some venom into their attack before Chamberlain struck his second penalty of the game to extend the lead to seven points.

That seven was doubled to 14 points when Jeremy Ward and Werner Kok combined well down the touchline for the latter to score his team’s second try and with the momentum well and truly in the Cell C Sharks favour, they struck again moments later as the backs kept the ball alive beautifully before Hyron Andrews scored the third barely two minutes later.

At 25 points to six with just over half an hour, the Cell C Sharks were reaping the reward of some confident and brave play.

But Griquas weren’t finished yet, an excellent cross-field kick sat up perfectly to set up a second TMO-referred try, this time it was good and they were back to 14 points down.

The action went from one tryline to the other, but it was the home side who made good, stealing the ball on their own line and then sending it down the touchline and across the field for their second try and with five minutes remaining, the Cell C Sharks had a nine point advantage.

With just over a minute of the game remaining, the forwards came good as Kerron van Vuuren was the man in possession during a strong driving maul, and he went over the tryline to put the game out of doubt and secure the bonus point.