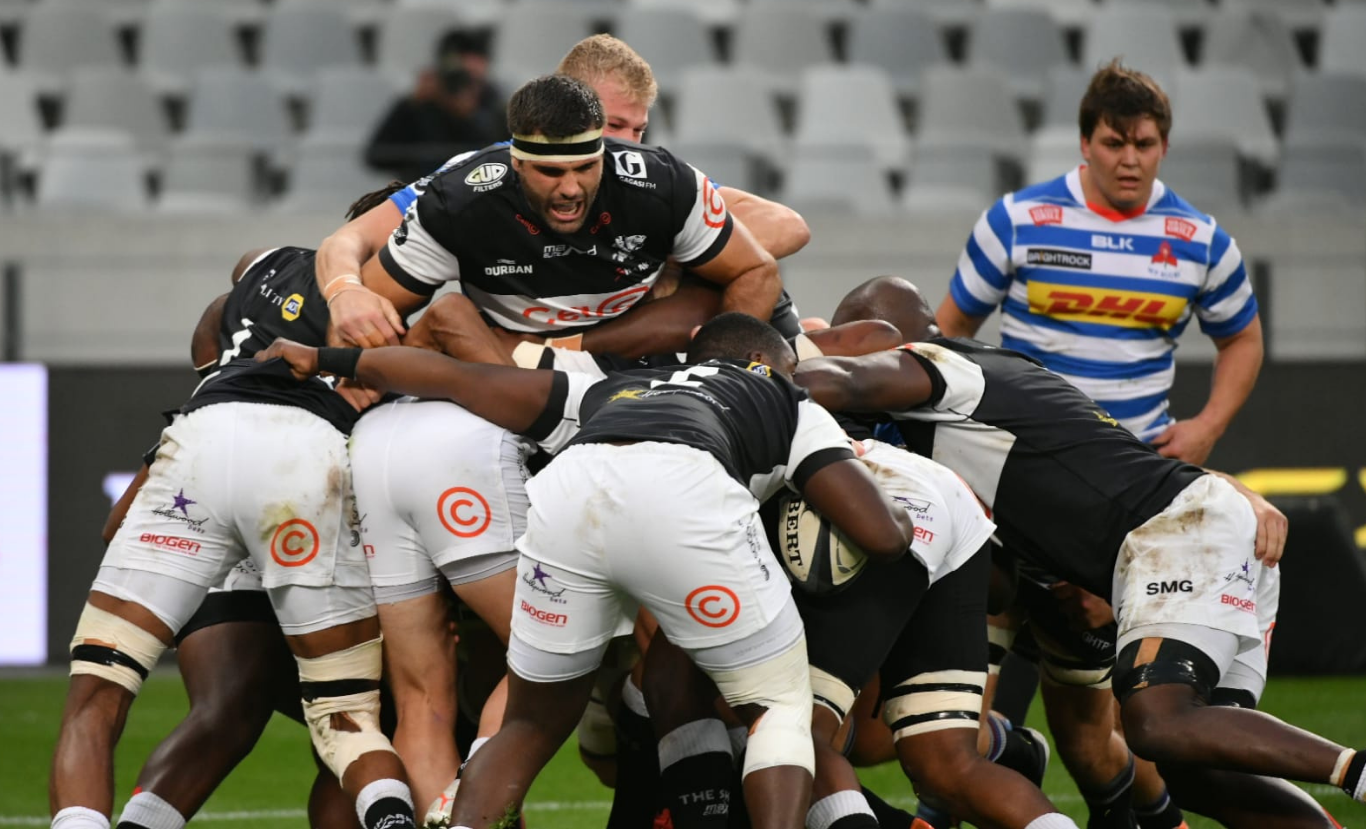 The difference between winning and losing is often in the little things and this was the case when the Cell C Sharks lost by the narrowest of margins to DHL Western Province in Wednesday’s Carling Currie Cup coastal derby.

Following on from his team’s one point loss, Cell C Sharks head coach Sean Everitt expressed his disappointment after his team had fought hard to outscore their opponents 4-2 in the try count.

“We knew it was going to be a tight game, the last two times we’ve played each other there were three points either way after winning here and losing in Durban, and it was a one-pointer in this game,” he said afterwards.

“So yes, we are disappointed because we did so much right in the first half and we gained ascendancy in our mauls and won the set-piece battle. But unfortunately in the last 20 minutes it fell apart.

“We have to be better than that if we want to win games against good teams like Western Province.”

A lot went right for the Cell C Sharks, lineouts have been under scrutiny but were near perfect, there were scrum penalties for both sides and other encouraging signs including a lowered penalty count and outscoring Province in the try department. But once more, it comes back to those little margins which can punish a team, even one on top.

In Everitt’s honest assessment, he admitted that, “When you look at how close the scoreboard was, you can manage the game accordingly but I don’t think we handled the Province kicking game well in the second half and they kept us in our half of the field. We were dangerous in the first half because we converted most of the opportunities that we had which is something we’ve been working on. It’s very pleasing.

“Then the lineout fell apart in the last 20 and when your maul is functioning and you’re winning clean ball, you can always earn penalties to put yourself into the right position on the field. Unfortunately that wasn’t the case, so we need to have consistency off the bench.

“It is disappointing because I thought we did enough to win the game, unfortunately the error rate was high. But the penalty count was good, we conceded 10 which is a big improvement from the 16 conceded in the Rainbow Cup. But the error rate of some individuals certainly put the team under the pump.”

There was positive news as far as the predicted deluge was concerned and the game was played in cold, but dry weather which added to the spectacle. Further was the gains enjoyed from the pack at maul time where they reaped rewards for accuracy and determination.

“I was quite happy that it didn’t rain because it would have been more messy and we had expected bad weather so something like mauling was part of our plan. The players were admirable in that department for the first 60 minutes and then due to system errors and individual mistakes it fell apart.

“I thought when we executed the maul well, it worked.”

As far as the team is concerned, Everitt suggested that there is a lot right about the path they’re on.

“There is a tremendous amount of pride within this group. I said it when I came in as coach that I didn’t want the public to be critical about would be a lack of energy, drive and motivation.

“This team, regardless of the result brings has definitely not lacked in those departments. I’m proud of the boys and how they turn up week in and week out.”