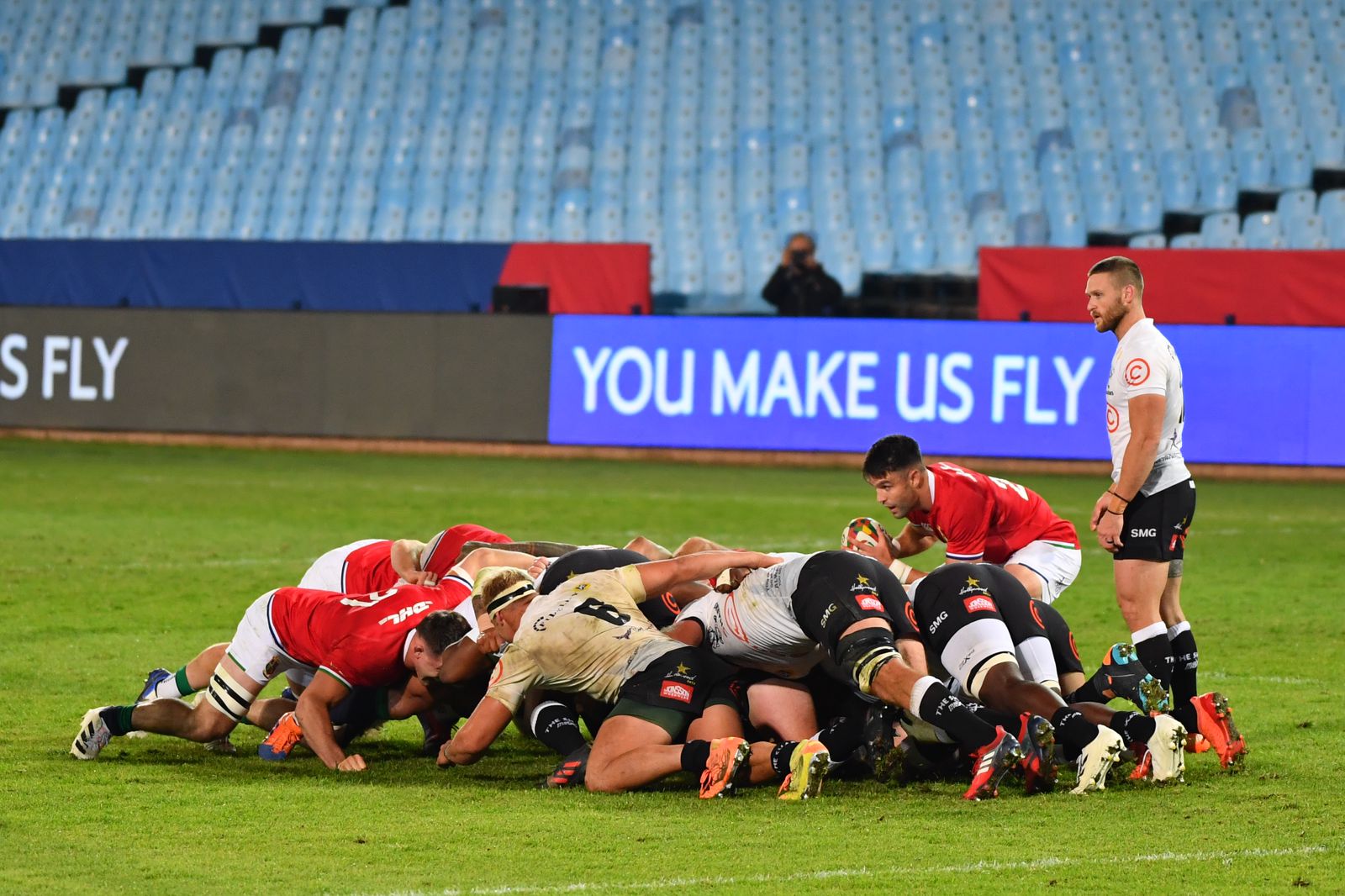 The Cell C Sharks and British & Irish Lions were involved in a high-scoring match where over 100 points were scored, an action-packed game filled with drama at Loftus Versveld on Saturday evening.

After the teams were dead-locked on 26 points each and four tries apiece at half-time, the Lions took advantage of their superior numbers in the second half to secure a 71-31 victory.

While the scoreboard is largely in the Lions’ favour, this young Cell C Sharks side fought fire with fire and never appeared overawed by the ocassion, despite the huge obstacles placed in their path.

Head coach Sean Everitt had called for greater intensity, knowing this was exactly what would define the game, and his young charges responded. They pressured the Lions and earned the rewards, particularly in a first half when the touring side battled and at times wilted under pressure.

It was the tourists who opened up the scoring in the fourth minute with a good break down the centre to get the ball behind the defence before the try was on, having initially been well repelled on defence. It was the start of a game that was played with incredible energy from both sides and never let up until the final whistle. The tempo of the game was something barely believable.

In Wednesday’s match, the Lions capitalised on Cell C Sharks mistakes but things turned around when the ball went loose from the visitors and it was snatched up, quickly recycled and sent wide for Anthony Volmink to race downfield, with Lionel Cronje converting to equalise.

Shortly after the kick-off, great work on the ground to secure the penalty in their own half, the ball was kicked to touch and a high tempo action saw Cronje grubber the ball through the defence for
Thaakir Abrahams to run onto and score in the corner as the Cell C Sharks took the lead after the opening 15 minutes.

As the game hit the end of the first quarter, the Lions earned a scrum penalty, kicked the ball to touch and then mauled it over for their second try. The conversion went wide and the teams were deadlocked at 12 points apiece.

It wasn’t long before the Cell C Sharks struck for the third time, Jaden Hendrikse pouncing on a long Lions pass, making the intercept and racing 70m upfield for the try, converted from in front for a 19-12 lead.

But the Cell C Sharks were caught out on defence moments later, the line was broken for the Lions to score their third try and the scores were once more tied with less than half an hour’s play behind them.

Some stern defence and patience as they wore the Lions down saw Abrahams snatch up a loose ball 5m inside the Lions half and race towards the tryline, before feeding Volmink to run in the fourth try, Cronje converting for a 26-19 lead with less than a handful of minutes left on the clock.

But with half-time beckoning and the back-and-forth nature of the scoring, the Lion hit back to level matters as the intensity continued and eight tries later, the teams headed for the changerooms with the score locked on 26 points apiece in quite the most high-paced game.

Losing Jaden Hendrikse to a red card early in the second half for an elbow to the face put the Cell C Sharks under pressure for the remaining 35 minutes of the game and with territorial advantage gained from the resultant penalty and the greater numbers, the Lions scored first in the half as they took a 31-26 lead.

Two minutes later, the Lions were over for their sixth try, a quick lineout punishing the Cell C Sharks who found themselves under pressure on defence and the touring team were too good not to take advantage.

But the Cell C Sharks struck back directly from the kick-off, the clearing kick was charged down by Reniel Hugo and the ball bounced perfectly for the hard-working Werner Kok who sprinted to the corner for his team’s fifth try.

The high-scoring helter-skelter nature of the game continued as one team would strike bqck almost immediately after the other had scored with the Lions next as their converted try took them into a 45-31 lead with 25 minutes remaining.

The next try took a little longer but it was a patient build-up from the Lions who hammered away until the defensive line broke and they managed to score in the midfield, the conversion pushing them 52-31 ahead with the final quarter left to play.

Having sacrificed a forward for a replacement scrumhalf, the Cell C Sharks scrum was under pressure and the Lions took advantage with a strong attacking scrum close to the tryline and closed out another try to push further ahead.

Try number 10 came as the Lions attacked from inside their 22 before the Cell C Sharks spent an inordinate amount of time camped in the Lions 22 on attack, the tourists giving away penalty after penalty before eventually conceding a yellow card for repeated infringements.

The Lions added a final try in the closing minutes to bring up the century of points in the game.

Despite the results the Cell C Sharks will take many positives from this experience into the Currie Cup and United Rugby Championship, knowing that if they stick to their plans and work hard the results will come.