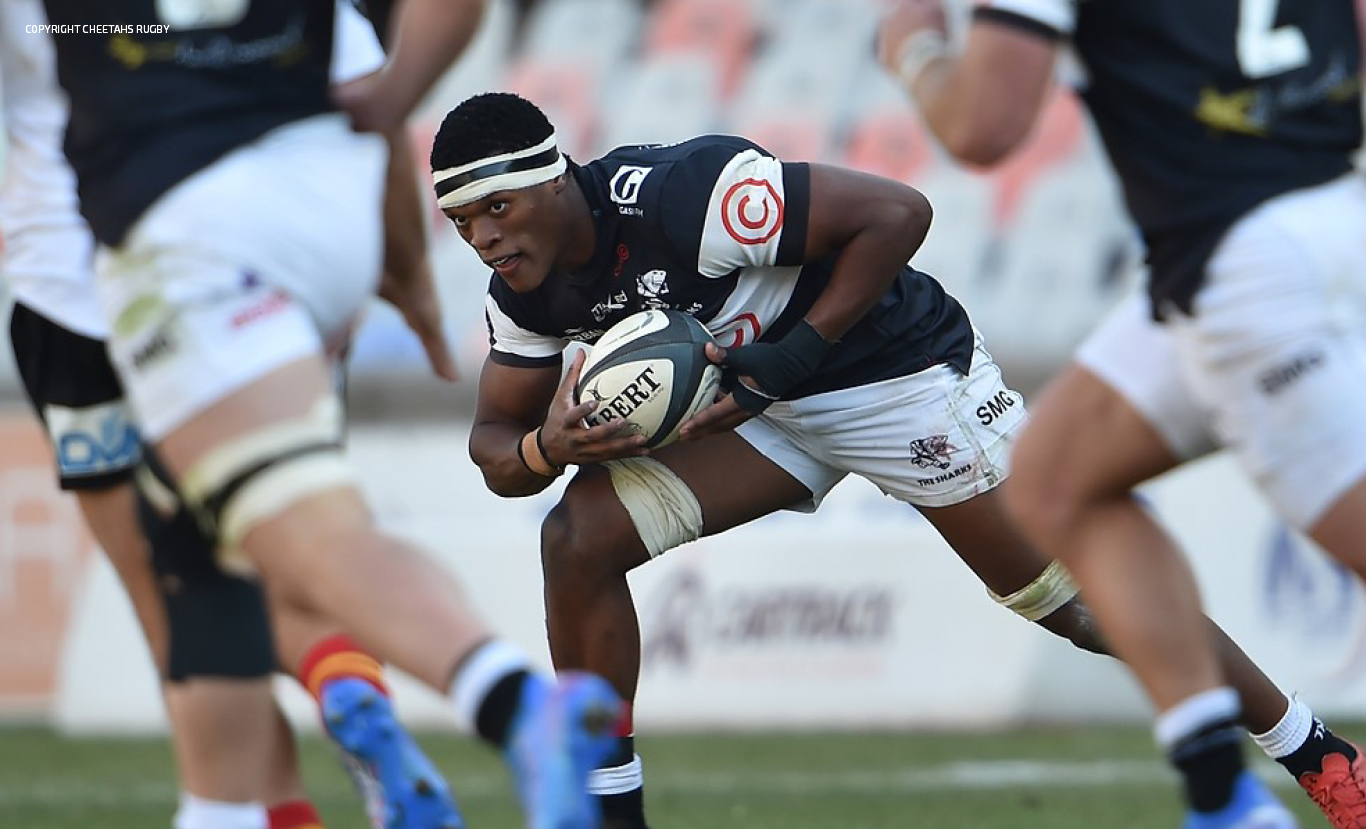 Bloemfontein in winter can be an inhospitable place for coastal teams, but the Cell C Sharks were sizzling hot in their 47-30 Carling Currie Cup victory over Toyota Cheetahs on Saturday afternoon.

Cell C Sharks head coach Sean Everitt had spoken animatedly about the tempo of his team’s two games against the British & Irish Lions and the speed and intensity with which his team approached this match blew the home team away in the first half and then consolidated in the second to earn the Durbanites a five try to four victory that was as enjoyable as it was emphatic.

Free State struck first blood in the opening exchanges as they put pressure on the visiting Sharks from the start and were rewarded with the early try as they took a 5-0 lead inside the first five minutes of the game.

Given the passion from both sides, tempers were frayed as the players looked to outmuscle each other and the referee had words with both captains before sending Free State leader Ruan Pienaar to the sin bin as the game approached the end of the first quarter.

With Free State having to defend, the Cell C Sharks had a sniff of success and upped the tempo, finding the home side under too much pressure and the equaliser was scored after some outstanding interplay, with Werner Kok closing out the exciting move and Bosch adding the extras.

Free State retook the lead, albeit a narrow one-pointer, with a 50m penalty, but just as they managed to thwart a forward-dominated effort to earn turnover ball and clear, there was a lovely break that saw Curwin Bosch combining with Marnus Potgieter and the wing broke through to put his team behind the defence before offloading to Grant Williams to canter over for the second try with Bosch converting for a 14-8 lead on the half hour.

Ruan Pienaar, back from his 10 minutes off the field, struck a long range penalty to narrow the deficit, only for Bosch to cancel it out, converting his first penalty moments later with five minutes of the first half remaining.

With the half-time break beckoning, Free State sent the ball high and long but it was well-fielded by Thaakir Abrahams deep in his own half. His mazy run proved elusive down the touchline, as he made 30m while shrugging off the defensive efforts of two or three Cheetahs’ players before feeding Marius Louw who then put Anthony Volmink into the try-scoring position that heralded the third touchdown.

Bosch’s conversion gave the Cell C Sharks a well-deserved and rather emphatic three try to one, 24-11 lead at the break.

The flyhalf extended the 13 points to 16 with a penalty early in the second half when the home side were penalised following a good Cell C Sharks scrum and it took Free State nearly 10 minutes into the half to score again, a good build-up before adding their second try, the conversion cutting the lead to nine points.

Five minutes later the home side scored their third try and it was game on as the lead was down to four points with 25 minutes of the game remaining but a minute later the Cell C Sharks managed the bonus point try, Curwin Bosch able to thread his pass behind the defence to set up Williams’ second try, with Bosch adding the extras to restore the 11 point lead.

Rosko Specman showed why he is such a danger in sevens rugby when he found some space and raced through the defence to tear away for his team’s fourth try and it was back to a four point game with 15 minutes left to play, only for Bosch to add another penalty from his own half to extend the lead to seven points minutes later.

With a shade under 10 minutes remaining, the Cell C Sharks kicked a penalty to touch and then rolling maul showed patience but determination and Kerron van Vuuren took possession at the back before being edged over for the fifth try, and with Bosch adding the two, the home side found themselves down by 14 points and a mountain to climb if they had any hope of winning a match that was slipping further and further from their grasp.

There were some anxious moments to negotiate in the closing minutes as Free State chased a fifth try and put the Cell C Sharks defence under immense pressure, but to a man they stood up to the challenge before Dylan Richardson managed the steal and pressure was averted.

With time up on the clock, the home side conceded a penalty at the tackle and Man of the Match Curwin Bosch had no trouble closing out the game on a high note that sent his team to the top of the log.

Captain Phepsi Buthelezi admitted afterwards that, “The boys bounced back pretty well after a slow start and I’m really happy with the performance and result.

“We learned a lot of lesson from the intensity of the games against the Lions. And I think that’s what allowed us to beat the Cheetahs today.

“We really want to win the Currie Cup, with everything that’s happened in our province, we want to make sure that every time we step onto the field, we put smiles on faces and make our province proud.”