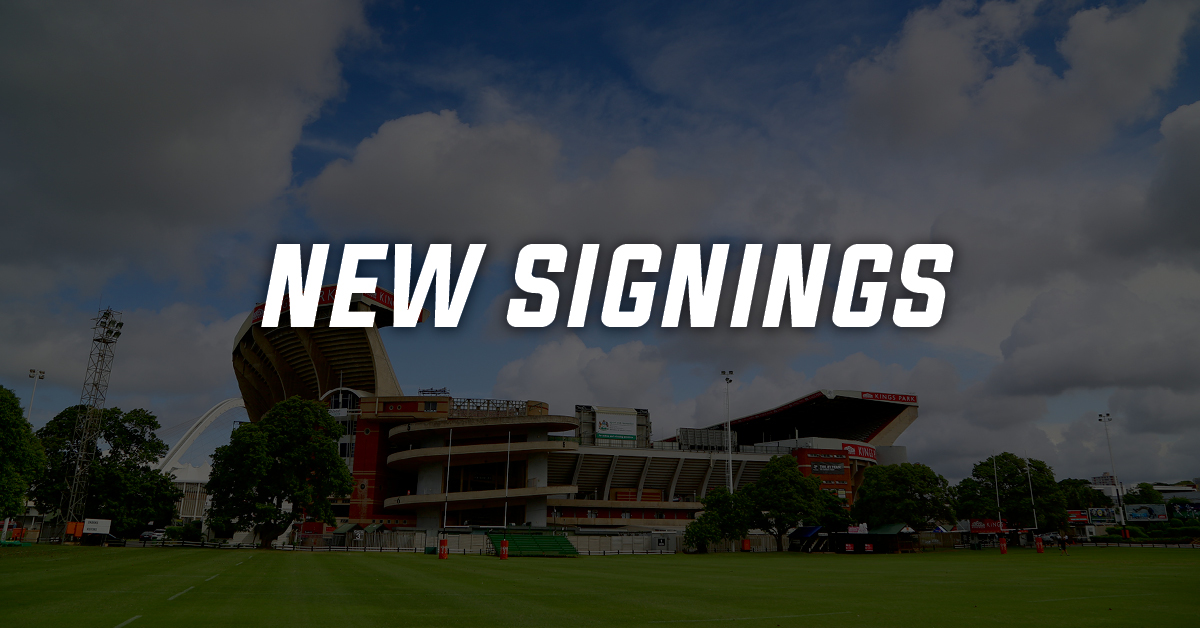 The Cell C Sharks are delighted to welcome three new players to the Shark tank as we continue to build our squad ahead of the United Rugby Championship (URC), commencing in September.

Due to the longevity of the URC Tournament, in is important to bolster squad depth and have the talent to be a success in this grueling northern hemisphere competition, while balancing player welfare.

To this end, the Cell C Sharks will be welcoming both local and international flavour to Durban and are proud to announce the signings of centre Ben Tapuai, utility back Eduan Keyter and lock Gerbrandt Grobler.

Tapuai is a former Reds Super Rugby star who spent six years in Brisbane where he accumulated 64 appearances, before adding a further 12 with the Western Force. During that time, he made seven test appearances for the Wallabies between 2011 and 2012.

He has spent the last five years playing in the UK and will bring huge amounts of intellectual capital given his experiences of northern hemisphere rugby for Bath and Harlequins where he is approaching a combined 100 appearances for the English teams.

So highly rated was he as a youngster that he he was selected for the 2007 Australian Schoolboys team ahead of James O’Connor. No stranger to success, he played in the 2011 Super Rugby final won by the Reds and more recently in Harlequins’ Premiership final victory last month.

25-year-old Eduan Keyter recently impressed against the Cell C Sharks in the opening round of their Carling Currie Cup clash and is currently the top try-scorer in the competition with six touchdowns.

The third signing, Gerbrandt Grobler, currently hails from Stade Francais. He is a local talent who started his junior career with the Bulls but moved to Western Province as a senior, representing the province at Currie Cup level and the Stormers in Super Rugby between 2012 and 2014 before making the move north.

He has played high profile rugby in both the UK and France, moving from Cape Town in South Africa to Racing 92 for two years before moving to Ireland where he turned out for Munster, then to England where he enjoyed two seasons with Gloucester, playing under former Sharks lock and Lions coach Johan Ackermann before returning to the Top 14 with Stade Francais last year.

We welcome the three new signings to a Cell C Sharks side committed to playing an awesome exciting and winning brand of rugby, with the aim of becoming an internationally acclaimed team that tastes success and wins silverware on a regular basis.