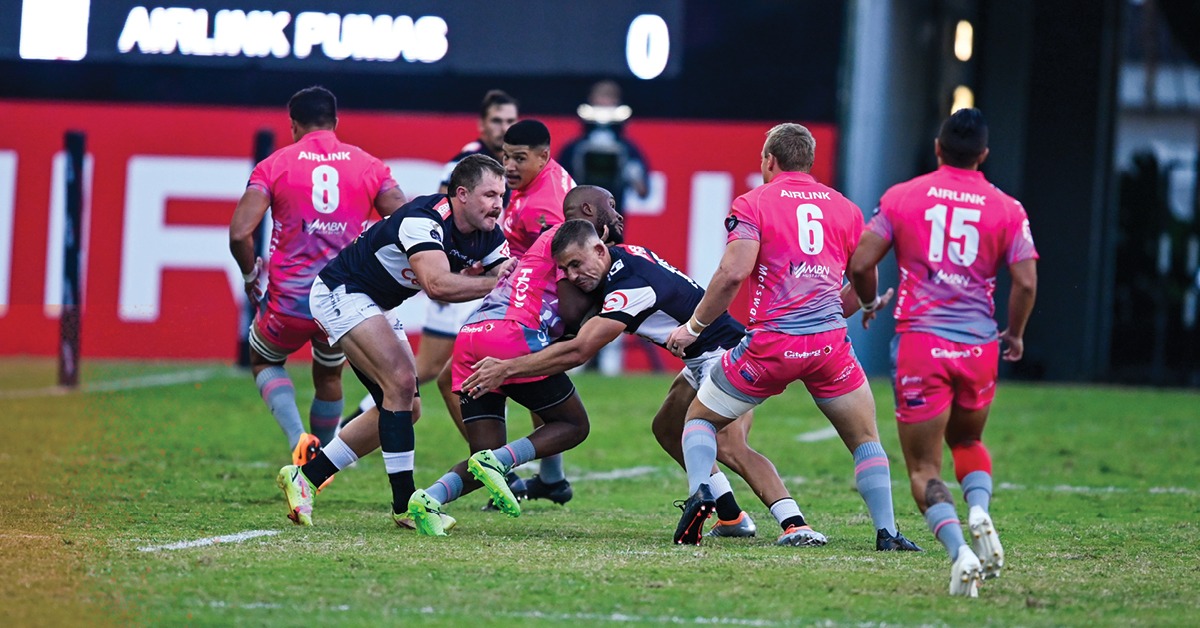 The Cell C Sharks went down 20-10 to the Airlink Pumas in a second round Carling Currie Cup at Hollywoodbets Kings Park on Friday afternoon.

The month long break from competitive rugby appeared to play a role in the outcome of the game and the visitors were able to turn a 24-10 first round home loss into a second leg away victory to keep their semi-final hopes alive.

A penalty inside the opening five minutes got the Pumas on the scoreboard first and they continued to dominate possession and territory before scoring the first try of the game, allowing them to build a 10 point lead early on.

Despite enjoying very little possession in the opening quarter, the Cell C Sharks’ defence was stoic and effective as they frustrated the visitors by dominating the collisions, and when they finally built up some momentum on attack, the first points came via the boot of Boeta Chamberlain, slotting a well-taken drop-goal on the half hour.

But the Pumas struck back five minutes later with a well-executed build-up that lead to their second try shortly before half-time. The conversion took them into a 17-3 lead and then with time up, Cameron Wright was tackled into touch 5m short of the tryline in what would have been an important score to close out a frustrating first half.

Pumas were under pressure right from the start of the second half and crumbled in the face of a dominant scrum and then gave away a penalty on defence with the very impressive Marnus Potgieter held up over the line in the ensuing advantage.

Replacement hooker Fez Mbatha was into action soon after making his appearance on the field, finding his jumper in a pin-point lineout throw and then an immaculate maul saw him over for a try, with Chamberlain adding the extras to cut the lead to a converted try.

The visitors pushed the lead to 10 points despite seeing very little ball when they were able to work their way into the Cell C Sharks half and then convert a penalty earned on attack to push their lead beyond a single score.

With five minutes of the game remaining, Fez Mbatha was denied an important try by good defence and a TMO referral that could not confirm the grounding over the tryline.

The Pumas came to Durban filled with hunger and were rewarded with a rare win at Hollywoodbets Kings Park.

A disappointed Cell C Sharks captain James Venter said afterwards, “We came back from a long break, the boys didn’t switch on in the first half and we’ve learned hard lessons from this game.

“After a hard, stern talking to at half time, the boys realised that’s not who we are and we have a lot more to offer.”