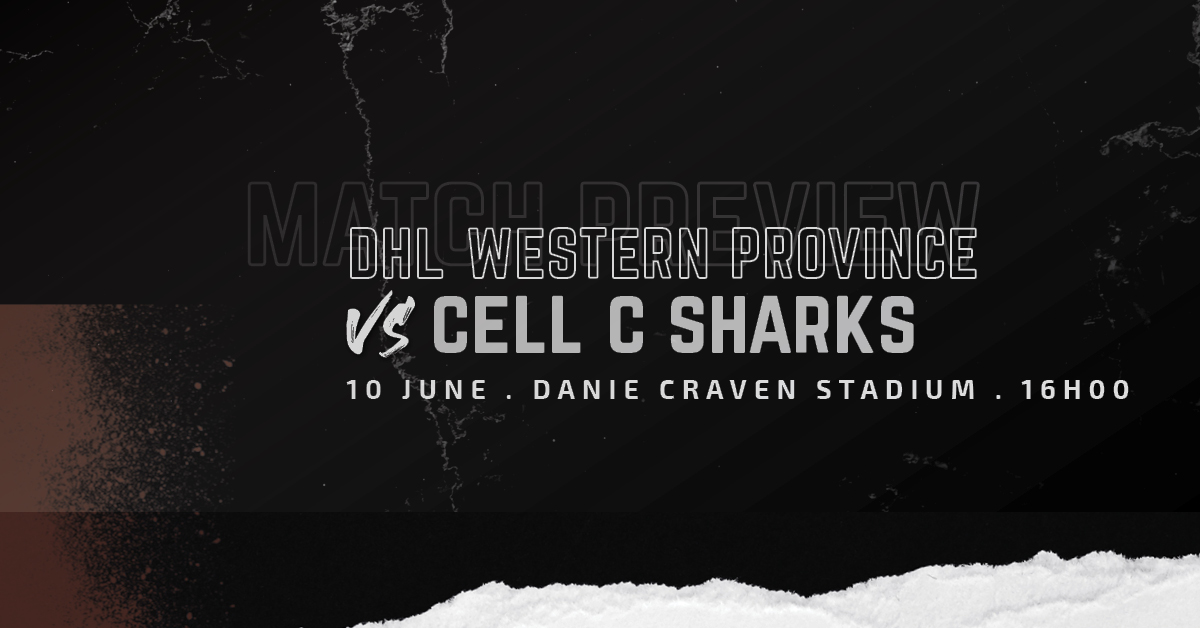 The Cell C Sharks take on DHL Western Province in Cape Town at 4pm today in the final pool match of the Carling Currie Cup competition, looking to play a composed, but exciting style of rugby.

Following a 35-20 first round win at Hollywoodbets Kings Park in the first round match, the Cell C Sharks won’t be looking at winning the double for pride, but to secure a top four finish, while waiting for the result of the Windhoek Lager Griquas and Airlink Pumas taking place later to confirm their final log position.

Currie Cup head coach Etienne Fynn has had the good fortune of having Vodacom United Rugby Championship players available to him and with as many as nine players involved in this match with recent URC experience, he has been able to name a formidable line-up.

“The guys showed incredible passion last week and we can’t fault their commitment, I was very proud of the effort they showed,” he explained of the penultimate pool clash last weekend. “I’m equally happy to have some reinforcements for this game.

“They add passion for the jersey, they are all real Sharks rugby men and they bring a lot of experience. Most importantly, there are elements of leadership they will add in having been there and done it.

“They understand and embrace the pressure and I’m sure we will see very positive performances from those guys.”

Having an experienced campaigner at flyhalf is vital to any team’s success and bringing in Curwin Bosch will no doubt add value in the crucial 10 jersey.

“Curwin, as we all know, has been through his ups and downs, but he’s certainly on an up. What he assured me from the outset was that he’s going to be there and deliver 100%. We have no doubt that we’ll see the best of him tonight.”

Knowing that qualification for the semi-finals requires, at the very least, a bonus point win later this afternoon, Fynn admitted that, “We’ve set clear targets for the guys, they all know what we need to do and that’s to get five points and a certain number of points on the scoreboard.

With just two wins under the belt, Province haven’t enjoyed the kind of success they would have hoped for in this competition and Fynn alluded to the fact that the South African franchises involved in the URC competition at the same time have been severely tested.

“Western Province is a proud union and they will certainly bring a massive effort. There are certain areas we believe we can probe and hopefully convert opportunities, but this is a quality Western Province outfit. “The squads also in the URC have all had their runs where they’ve been decimated by injuries and having to bring in a number of debutants at times. We still however all represent our franchises with pride in the Currie Cup.”