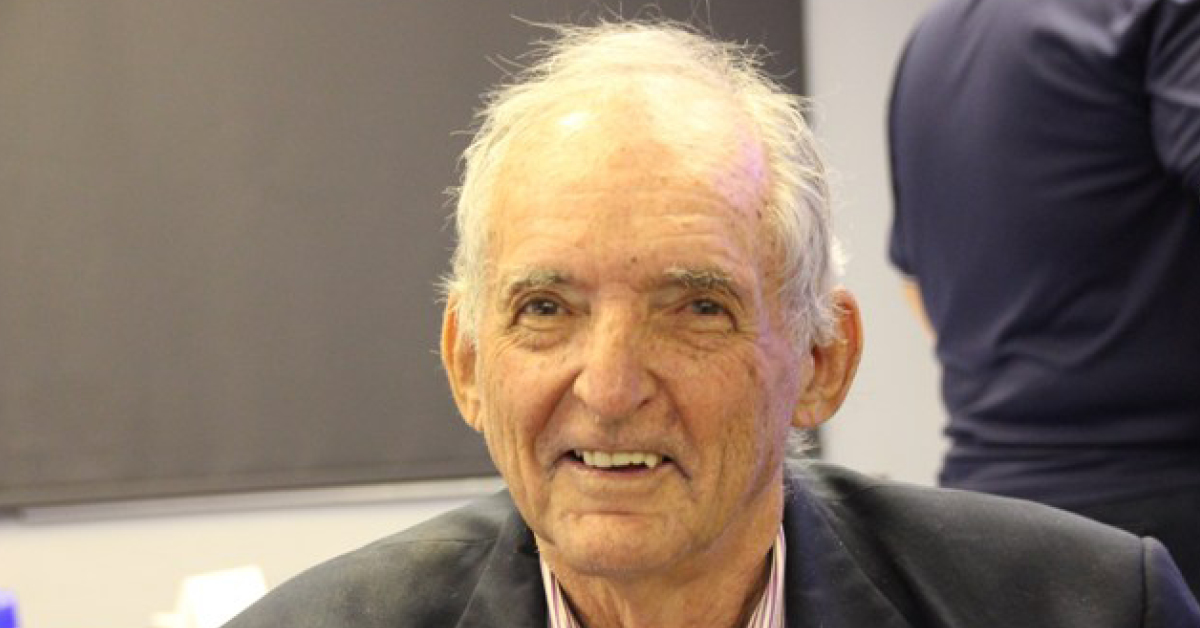 The voice of club rugby has been silenced but the legacy of Jos Robson will forever endure.

Jos, at age 75, has succumbed to the cancer he lived so positively with for the last three years and he was defiant to the end, in fact sending me what would be his last club rugby column for publishing in The Mercury about 24 hours before he died.

Can there have been a more loyal servant to the game?

Club rugby and Jos Robson are synonymous — they are one and the same — and after his 45 years of incredible service to the grassroots game, you wonder how many former players have newspaper clippings tucked away somewhere after Jos first put their name in lights in The Mercury.

Big Jos, as he was affectionately known as, had a legendary collection of scrapbooks containing clippings of reports on the club rugby scene.  They are an outstanding chronology of the passage of the game in KZN and the players who have passed through it, and it is largely through these and his warm personality that Jos became so well known in the province. He was a big-hearted fellow who genuinely revelled in the success of every player he watched.

It is probably known only to a few that Jos was a handy flyhalf in his day. From Hillcrest, he was schooled at St Charles College in Maritzburg where he played in a team that went unbeaten over four years.

After finishing school, he continued playing in the army but once told me that he packed it in when “the great Springbok No 8 Jan Ellis tackled me out of a game and into retirement!”

Jos has said his passion for the game was stirred when as a schoolboy he watched Maritzburg College Old Boy Keith Oxlee inspire the Springboks to a victory over the British Lions in Durban in 1962.

His writing career began way back in 1977 when he won a writing competition set up by the then Sports Editor of The Mercury, the late Dennis Done, with his entry being a tribute to the great lady golfer Jackie Mercer, the aunt of Robin and Kippie Smith who both went on to play cricket for England.

His prize was to come on board at The Mercury as a freelancer, covering second division club rugby.

Jos took to this with a passion and the nicknames he gave to those clubs live on today. Toti became the South Coast Terriers; Pinetown, The Highwaymen; Hillcrest, The Villagers; and Port Shepstone, The Banana Farmers.

Jos knew the founding date and history of every club in KZN and enjoyed reminding them of forthcoming anniversaries. For instance, he made sure everyone knew that it Kokstad is the oldest rugby club in KZN and celebrated their 130th birthday two years ago.

Similarly, he seconded himself to Amanzimtoti Rugby Club last year to assist in writing a book on the history of the club to celebrate their 75th anniversary.

Unsurprisingly, his favourite refrain was: “If you don’t know your history, what is there to play for?”

A fitting reward for his commitment to club rugby came in 2013 when he was an integral part of a television documentary on the oldest rugby silverware in the world, the Moor Cup, along with Hugh Bladen and Dan Retief.

Jos has always felt strongly that the stars of the game at provincial and international level should find time to pay their respects to club rugby.

How many times have we heard him say: “In New Zealand, the All Blacks still play a game or two for their clubs each year — they give back, and we must follow their lead.  Springbok rugby would not have started if club rugby hadn’t started!”

Over all these years, Jos has “discovered” many a star. He once wrote that the Natal U-20 loose trio of Gary Teichmann, Andrew Aitken and Buster Armstrong would one day be the loose trio for South Africa. He got two of the three correct, with Armstrong choosing a Springbok career in water polo.

Gert Muller, the fine Springbok wing of the early ‘70s, was another that inspired a young Jos when the former was a schoolboy at Port Natal. Ditto Errol Stewart much later, who Jos wrote about when he won SA Schools colours at Westville Boys’ High for rugby, cricket and athletics.

Of course, Jos is also known for his fondness of Rovers, and it is fitting that a mainstay of the club, Peter Rodseth, comments warmly on a doyen of Rovers.

“Jos is the kind of guy that one takes to immediately,” Rodseth says. “Warm and engaging with an infectious giggle and an encyclopaedic memory of rugby matches, players and officials, you don’t get a more passionate club rugby man than Jos.

“You will always find him on the touchline with a suitable beverage in one hand and a clipboard in the other, engaged in conversation. Jos was never happier than at home at his beloved Rovers, hence his nickname at other clubs  ‘Jos of the Rover’ but the truth is he is equally passionate about other clubs.

“An abiding memory I have of Jos was at the opening of the new College Rovers rugby club house. Jos has a passion for the Rolling Stones and is fond of a party. This particular evening Big Jos was really in his element and became ever more so as the evening wore on. It culminated in Jos being in the middle of the dance floor at about midnight enthusiastically playing the air guitar and leaping in the air to the strains of “Start me up” — stirring stuff indeed!”

Rodseth says there is little doubt that Jos’s love of club rugby and his constant writing about it has been an important dynamic in keeping club rugby alive in this province.

“His constant desire to dig up historical links between clubs and individuals, and references to quotes from the likes of the late Koos Beukes and Kitch Christie about the game being bigger than us all, are a constant reminder of the importance of club rugby.”

As Jos neared the end of his life, his stature in the game was marked by a series of former Springboks, including John Smit, Butch James and Joe Stransky, posting video clips in which they warmly wished him the best.

Finally, a recent word from Jos himself on what club rugby is all about.

“If I can give one piece of advice to schoolboy rugby players it is this: ‘Don’t stop after school. Join a club and you will find yourself in a wonderful world of camaraderie and friendships that will last a lifetime.”