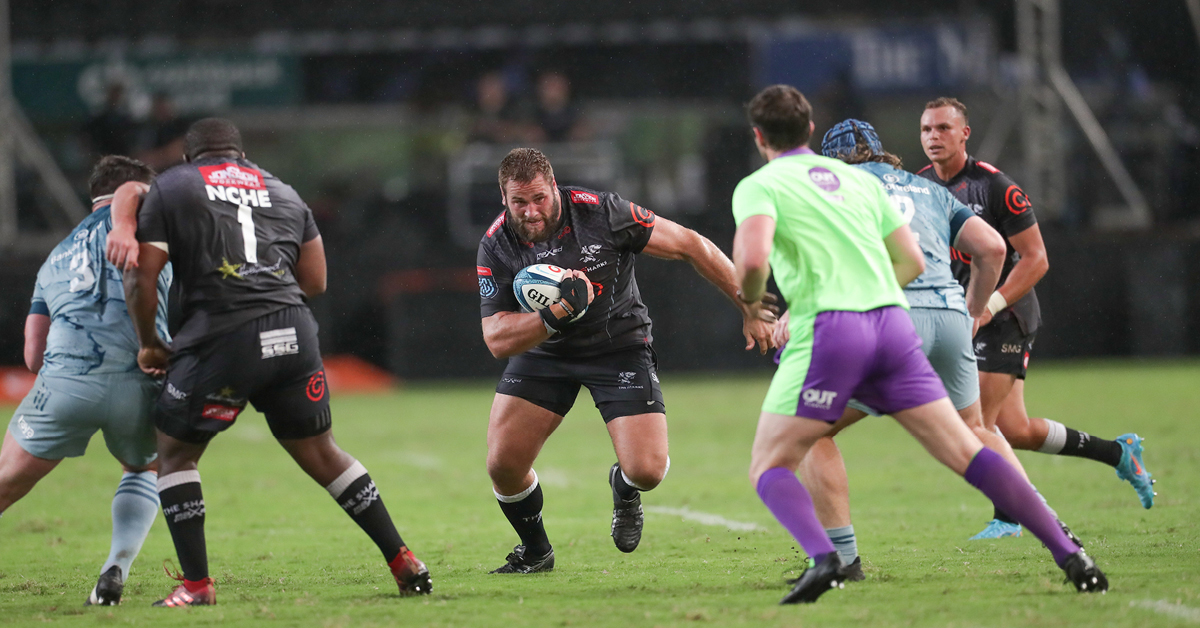 The second season of Vodacom United Rugby Championship kicks off next month and like the 2021/22 edition, the Cell C Sharks are drawn to spend their first three matches on the road.

Like the hugely successful inaugural season, the URC pits 16 clubs across five international territories against one another in a demanding, eight month schedule, commencing on 16 September 2022. with the pool stages ending on 23 April 2023 followed by the knock-out rounds and then the final on 27 May.

The URC format will see all 16 teams ranked across a single table which will reward the top eight teams with their places in the Final Eight (quarter-finals), followed by a Final Four (semi-finals) to set the stage for the Grand Final.

The Cell C Sharks’ preparations have started in earnest as they look to build on their top five finish in the recent campaign, as the find themselves in a tough pre-season training period.

“The guys had a good four week break and returned to training on 18 July,” Cell C Sharks head coach Sean Everitt explains. “The first week was a bit of a de-load week to see where the guys were physically after having given them an active programme to follow for the last two weeks of their break. They came back in a good shape and we’re very happy with where they are at the moment.

“As always after a good break, there’s a lot of energy; the guys are happy to be back and in each others’ company. This bodes well for us as we go into a period where everyone will be working extremely hard.

“We’ve identified areas where we need to improve on and get better at, but there aren’t massive changes that need to be made but we’re certainly working on the detail and accuracy in our execution of attack and defence.”

Although the competition kicks off on Saturday 17 September, the Cell C Sharks will only play their first round match in February, starting their campaign the following week on the road with three matches in Europe.

The 18 rounds are (with broadcast selections and kick-off times to be confirmed in early August):