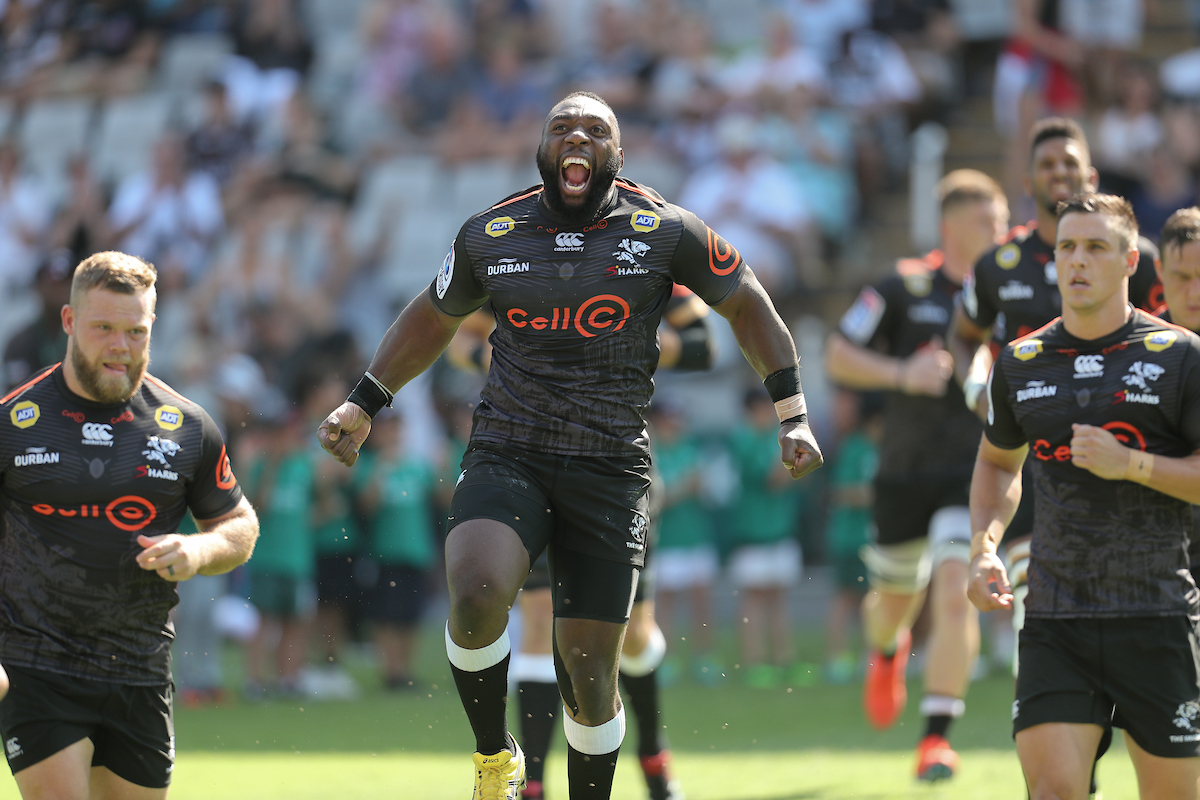 Durban 7th November 2019:  The Cell C Sharks bid a fond farewell to an icon and an absolute legend of Sharks rugby, Tendai “Beast” Mtawarira.  Following on from yesterday’s announcement of his retirement from international rugby, The Sharks today confirm that he will retire from playing all forms of rugby in South Africa.

Having made his Currie Cup debut in 2006 and Vodacom Super Rugby debut in 2007, he has since been an integral part of both the Cell C Sharks and South African rugby and can look back at his career with immense pride.

His is a fairy-tale story come true for any young and aspiring sportsman or woman. Despite his humble beginnings, he has shown great longevity and professionalism in his career and brings great calmness despite a fantastic work rate and unbelievable scrumming prowess.

Beast said: “I have had a fairytale ending to my playing career in South Africa and could not have asked for anything more as a player.  I haven’t ruled out the possibility of playing overseas, but at this stage I want to absorb everything that’s going on right now and make a final decision at the end of November after the Barbarians game.”

“It has been my absolute honour to wear the black and white jersey and I am eternally grateful to The Sharks for giving me the opportunity many years ago, and laying the foundation for my professional career.”

“Throughout his 13-year career at The Sharks, he has been a true ambassador for the game, who has shown incredible loyalty and dedication to the Sharks brand.  His impact on the game is impossible to capture in a few words and his legacy will live on for many years”, said The Sharks CEO, Eduard Coetzee.

“He bows out with wonderful memories, knowing that he has impacted the young as well as senior players around him and a legion of fans. He has certainly inspired a generation.

“The Sharks will be honouring his undeniable contribution to the game and plans around this will be communicated in due course.  We take this opportunity to thank Beast for what he has done for Sharks rugby and wish him and his young family the very best for the next chapter.”

A giant on the field and a gentle giant off it, he is a real crowd-favourite and the cries of “Beeeeeaaaasssstttt” from the stands (and not only at his home at JONSSON KINGS PARK) when he charges with the ball are an iconic part of his rugby standing, around the world.

His achievements on the field are innumerable. He leaves the game having represented the Cell C Sharks in 159 Vodacom Super Rugby matches and the Springboks in 117 test matches, including the aforementioned Rugby World Cup. He also lays claim to a Castle Lager Rugby Championship title, a Tri Nations victory, a British and Irish Lions Tour and three Currie Cup titles with the Cell C Sharks.

He holds the record for the most Vodacom Super Rugby caps for a South African player – all for one union – as well as the most appearances for a Cell C Sharks player.

He is and will remain a legend of the game!