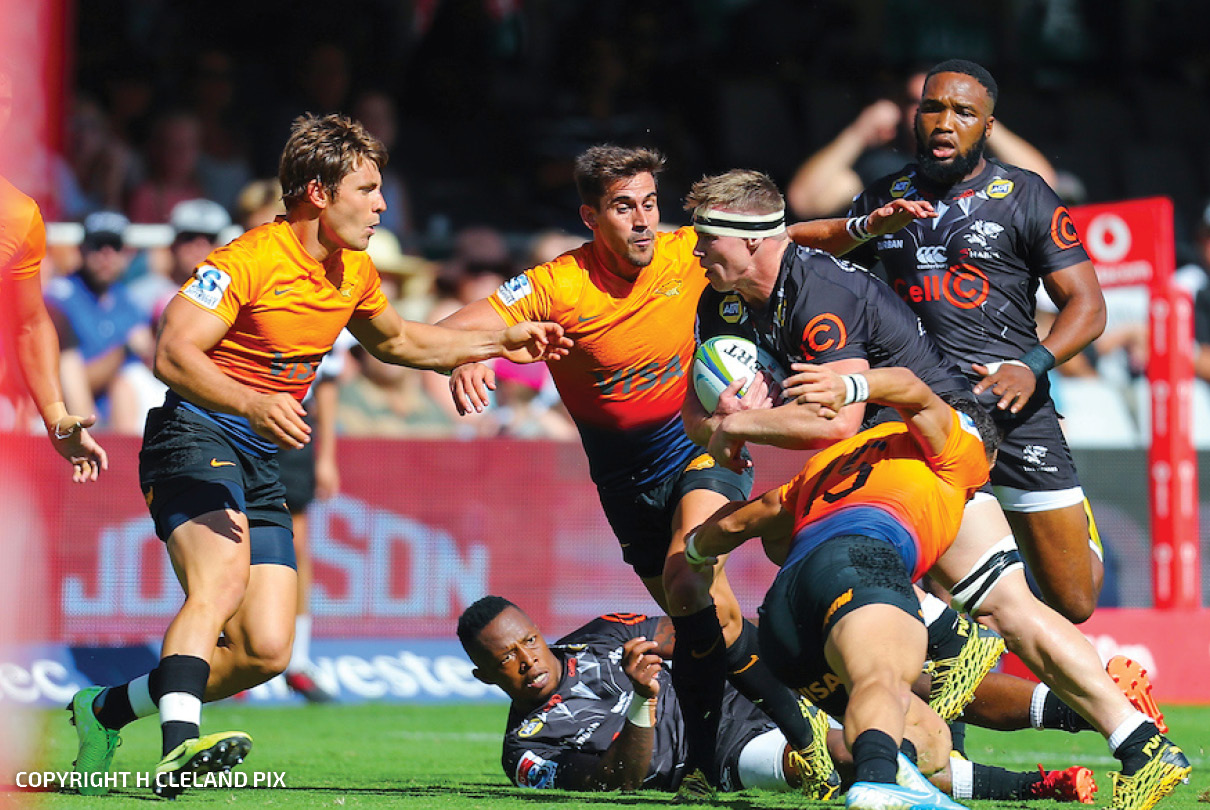 Winning rugby games isn’t simply about scoring more points, but doing the little things right and exploiting pressure so that the parts are greater than the sum of the performance.

For the Cell C Sharks, Monday was a day of putting the feet up, although that’s not to say there wasn’t any rugby preparation. Managing the players’ workload is an integral part of a team’s planning and given the demands on the bodies over the last six weeks, Monday was given over to more cerebral matters rather than another physical effort.

“We looked at what they guys went through on the weekend in terms of tackle volume and ball in play and made the decision to rather focus on the review and preview and get the guys ready for a good session on Tuesday,” explained Cell C Sharks assistant coach David Williams.

“We’re pretty much over the travel now, so it’s all about getting the guys into the right frame of mind for their match preparations this week.”

While consistency is one of the team’s motivations, so too is regular growth. However, when a team is performing so well and playing a winning style of rugby that is earning the results, just how much more improvement is necessary or possible?

“Everyone added massive value and we spoke about small margins and winning those moments, from the quality of the kick, the regain of possession and we won a lot of those small margins which led to a big performance.

“For us, it’s about building on those and celebrating what we did well.”

There has been much to applaud from the Cell C Sharks and it seems almost unfair to single out individual players for praise, but one person who has really made his mark is former Stormers’ eighthman Sikhumbuzo Notshe who will be up against his old side this weekend and relishing the opportunity.

“A great guy to work with, his planning and detail is phenomenal. There is a base each player works off and we challenge him to find those moments of influence. He’s certainly achieving that, where small moments from him make big things happen.”

The Stormers come into Saturday’s clash at Jonsson Kings Park under pressure. They slipped up for the first time in the tournament when they went down to the Blues at Newlands the previous weekend before their bye and now need a result to catch the table-topping Cell C Sharks.

“Every game has been different and in each one, we’ve found a point of pressure to get a result – whether it’s kicking over the top, the driving maul, or kicking ball away and putting pressure and earning turnovers. So in this game, it’s about finding that point of pressure early and then looking to exploit that.”

Despite having a severe injury toll, the Stormers are still highly dangerous and Williams has no compulsion to underestimate them.

“The DNA of a team pretty much stays the same regardless of who steps into the position although your top players do have an enormous influence in the game model.

“We know they will bring a quality squad and we will be up for a good challenge.”

Having lost to the Blues in their previous game means the pressure on the Stormers to perform will come out in how they deliver on Saturday.

“When you do get a performance like that when you don’t get what you want, it sharpens your senses around where you want to go with your game. And they have plenty of confidence from winning the previous games, so it’s going to be a great challenge.”