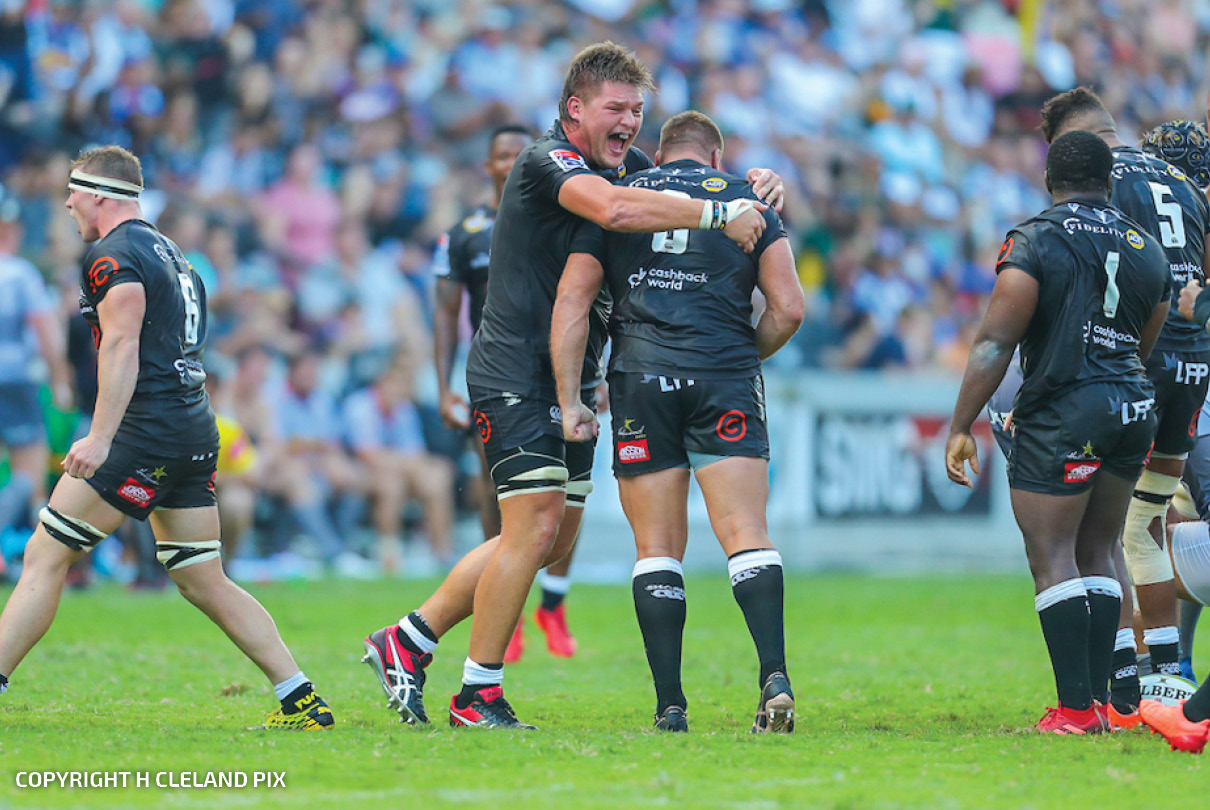 The Cell C Sharks go into a SANZAAR sanctioned break for the foreseeable future as log leaders, but this is an achievement that hasn’t come without immense amounts of hard work from a team of happy players.

Reflecting on his team’s 24-14 Vodacom Super Rugby victory over the DHL Stormers at Jonsson Kings Park on Saturday, Cell C Sharks head coach Sean Everitt said he believed that the team’s critics have been answered.

“We’re very happy with the result after the pressure we faced from the criticism of our set-piece against a Springbok pack, but our guys stuck to the task. Even if the bounce of the ball didn’t go our way – Louis Schreuder getting injured early – we hung in there to the last three minutes to seal the win and all credit must go to the players for the effort and energy they played with.”

Everitt confirmed that Schreuder was knocked out in the incident in question and failed his HIA test, but with the break in the tournament, he should hopefully be ready to play when the competition resumes.

After seven games on the trot, including travel to and from New Zealand and Australia, the Cell C Sharks were due one more match before their bye, but the fact that SANZAAR has put rugby on hold for the foreseeable future, due to the global Corona Virus pandemic, has come as a much-needed relief for the team.

“It’s a welcome break for us,” said Everitt.

“Unfortunately we won’t be hosting the Chiefs this Saturday because the spectators would have loved to come watch, I’m sure. But that’s out of our control and we’ll welcome the break.”

The fact that so much has come right over the last few weeks, particularly areas of concern where the team came in for criticism, shows just how much hard work is going on behind the scenes. Pushing the Stormers off their own scrum ball to secure the final try is a case in point.

The stats from the game are overwhelmingly in the Cell C Sharks’ favour. Consider three penalties against us and 10 (and a yellow card) against the Stormers. We won all five of our scrums while the Stormers won six from eight. 20 defenders beaten to 12 with possession and territory also favouring the Cell C Sharks.

But ultimately the forwards should take a bow, and with them, the men guiding them.

“We knew what we were up against, what the Stormers were going to bring with their front row, and all credit to them, they’re good rugby players. Our guys stood up and stayed in the fight, the introduction of Craig Burden at the same time as their substitutions probably made a bit of a difference.

“So I’m very happy with that. But one thing that mustn’t be forgotten is that we came into the competition wanting to be consistent, we drove that and I think this team has shown that they can be.

“We’re in round seven and haven’t once taken our foot off the gas and the guys are thoroughly enjoying what they’re doing.”