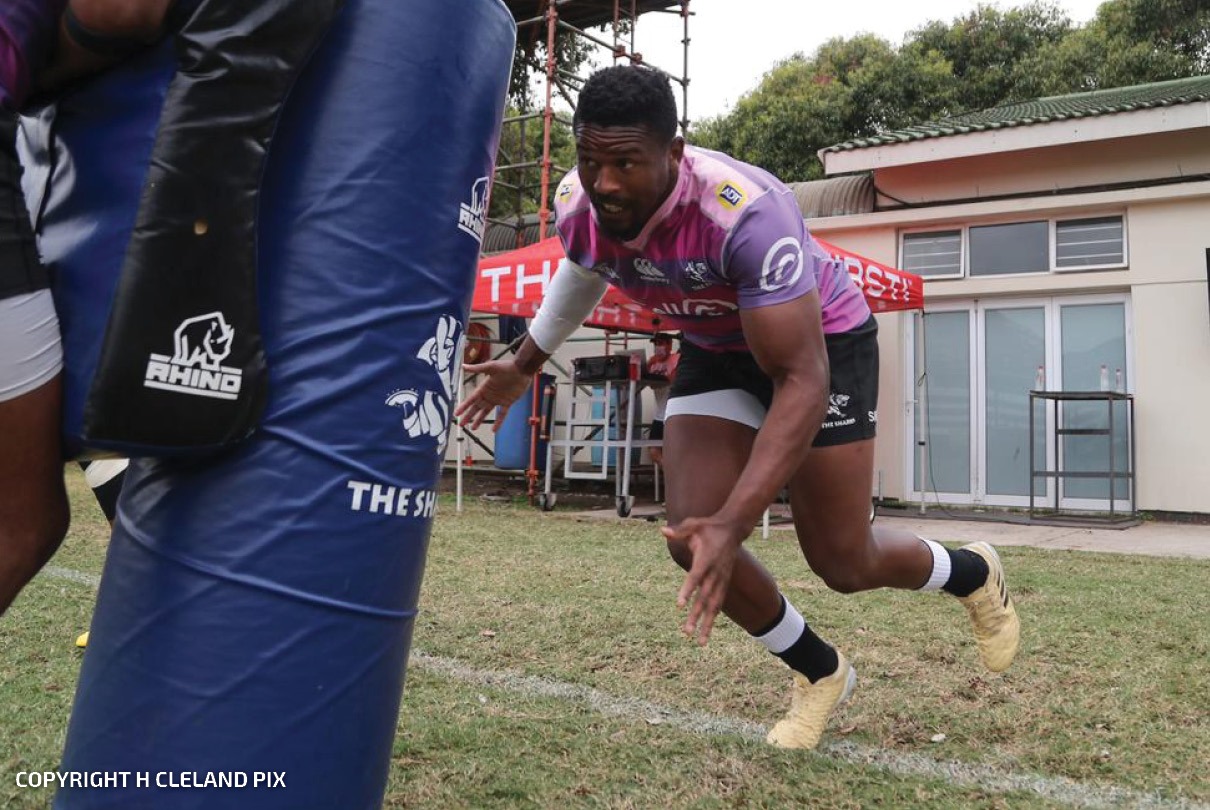 With just a couple of days to go before the first competitive rugby action in over six months in South Africa, excitement is building up for the Cell C Sharks clash with the Vodacom Bulls on Saturday.

Cell C Sharks eighthman Sikhumbuzo Notshe admits that the team is really excited for this weekend and looking forward to the game.

Although it’s been half a year since the team last played, he promises much of the same from the Cell C Sharks that thrilled the fans and conquered opposition in Vodacom Super Rugby.

“I don’t think we’ll change our identity for the next block of rugby,” he admits. “We played some exciting rugby through those seven games of Super Rugby and there was some learning and things to work on which we’ve looked at in reviews. Things like working harder off the ball and polishing up on our rugby basics. But there isn’t much to change, just sharpen up on our game and show urgency in everything we do.”

Although it’s important to the team’s goals to regain the momentum from Super Rugby, he believes it’s vital that the players look forward, not back to past successes.

“We can’t remain in the past, we last played in March, all of the provinces have loaded up on new players, we’re aware of that and this is a clean slate now, for everyone, including me.

“We just need to focus on our game plan and ourselves and make sure we nail our roles and play the Sharks brand, with urgency and speed.”

Although the team would love nothing better than victory against the Bulls, he points out that the side won’t have that as their main goal.

“One of the things we strive towards is performance, we’re not a team that is results-based. While results are important for obvious reasons, we believe that if we perform well, we’ll get the results. In order to perform well, we have to make sure we’re good in all areas of the game and try to tick a box in every area.”

He believes that the style of play expected of the Bulls presents numerous challenges.

“They’re a quality outfit, we know they’ll mix it up, given what they have in their cabinet. They have some big ball carrier, some slick backs and a good mix of youngsters and experience. I think they’ll probably play a well-balanced game between mauling and kicking with a good running game plan thrown in to the mix. We just need to stop whatever comes our way.”

Does he believe that there exists a target on the Cell C Sharks’ back and pressure to perform given that they were the top South African side in Super Rugby?

“I don’t think that’s necessarily so,” he admits. “Other franchises have recruited well, it’s a new fresh start for everyone, we last played six months and it’s a clean slate for us all. Even we have some newbies and have lost some players. I think across the country, we’re all just excited to be given the opportunity to play some rugby again.