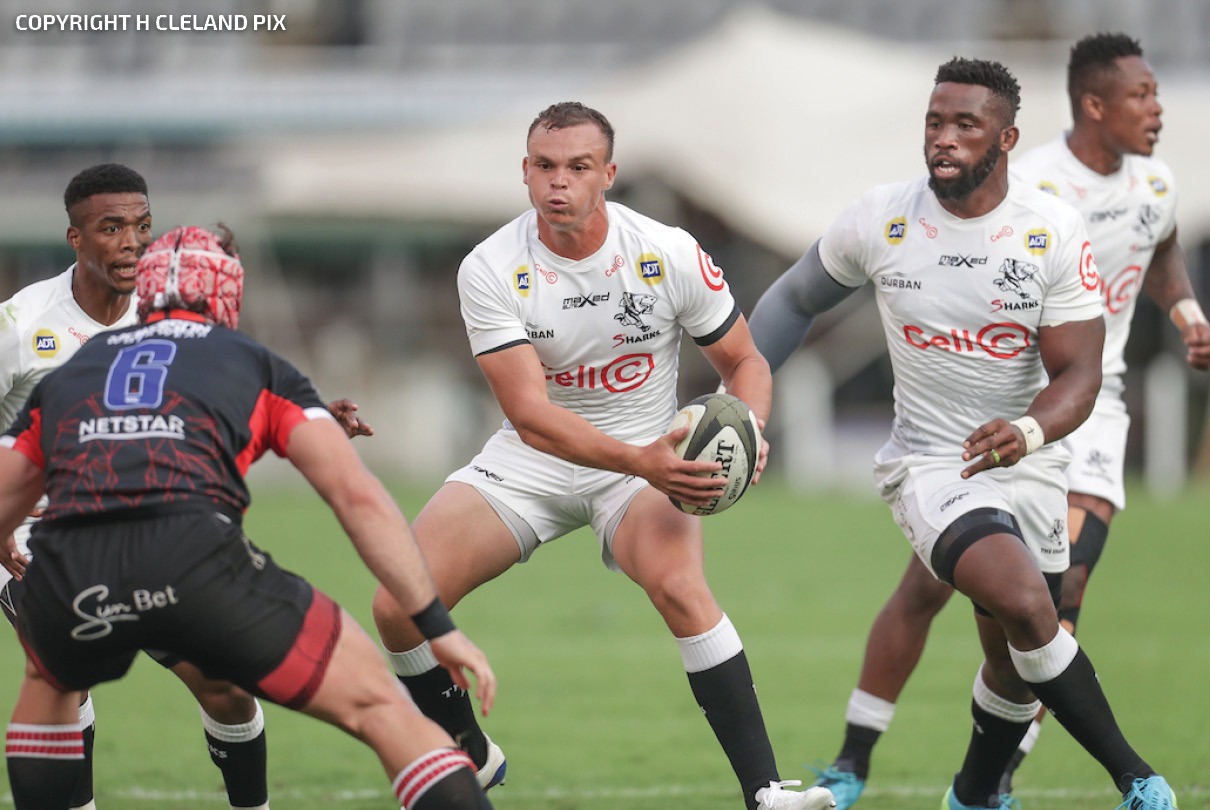 When the Cell C Sharks and Vodacom Bulls meet in Pretoria in this week’s third round of the Rainbow Cup SA, a clash of test match proportions will take place between the only two sides left unbeaten in the competition.

There is no greater way of testing yourself than against the best and for these two teams, it doesn’t get better than a top of the table clash.

“We’re looking forward to the match,” explains Cell C Sharks flyhalf Curwin Bosch. “I think it will be a good one between two unbeaten sides in the competition and the guys are excited for the challenge. I’m sure the Bulls players are too.”

Despite their unbeaten record, the Cell C Sharks did face testing times as far as discipline goes, although in neither of their opening two games were they made to pay for it. Bosch admits that it is an area of concern but it is being addressed.

“I think it all comes down to our defence. As we’ve shown, we have quite an aggressive defensive line and I think that’s the risk we run with that kind of defence. But it is a work-on for us, we have analysed our game in depth and the penalties we are conceding are all controllables so it’s things we are aware of and we’re working on them. Hopefully we can rectify that this weekend.

“Although conceding penalties is not something we want to do, it does show enthusiasm which is a good thing. The guys are eager to make tackles, they want to get to the breakdowns, but it’s just a matter of picking our battles at the right time. It comes down to individual decisions-making which is something we worked on this week.”

When the two teams met in the Carling Currie Cup Final earlier in the year, it was the Bulls who prevailed, but only after extra time with the teams deadlocked after 80 minutes. What lessons have the Cell C Sharks taken out of that match?

“We learned a lot from the final,” Bosch explains. “It’s a game that could have gone either way and it took the Bulls 100 minutes to score a try. Although it’s rare to analyse a final, we did do an in-depth review after that game and learned a lot. We will take those lessons we learned and hopefully apply them to the game this weekend.”

So what will be different? How has the team changed since then?

“80% of the team is made up of the same guys who played in the final, but I think we’ve grown a lot in terms of the type of game we want to play. We have a lot of freedom within our game plan to make decisions and that’s where the game drivers like myself, in a position like flyhalf, must make good decisions and to take the opportunities when they do come.

“As we’ve seen, the Bulls are a very good defensive side so we’re going to have to wait until the right opportunities present themselves and then take them.”

What is the motivation that drives the team in the Rainbow Cup SA competition?

“As a team, we’re building towards the Pro16 that’s coming up later in the year and possibly a spot in the Heineken Cup, so there’s a lot at stake for us. And as a performance-driven team, we know that if we perform well on the field, the results will come. That’s our focus.”

The Curwin Bosch vs Morne Steyn mini battle is likely to be a highlight of the game, particularly with the British and Irish Lions tour taking place soon and Springbok places up for grabs. Steyn turns 37 later this year and Bosch is just 23 years of age and that alone makes for interesting reading.

“Personally for me, it’s always enjoyable playing against someone as experienced as Morne Steyn. But nothing changes for me, I approach the game exactly the same as any other week, that means doing the basics well, giving the team direction and being the best player I can be.”