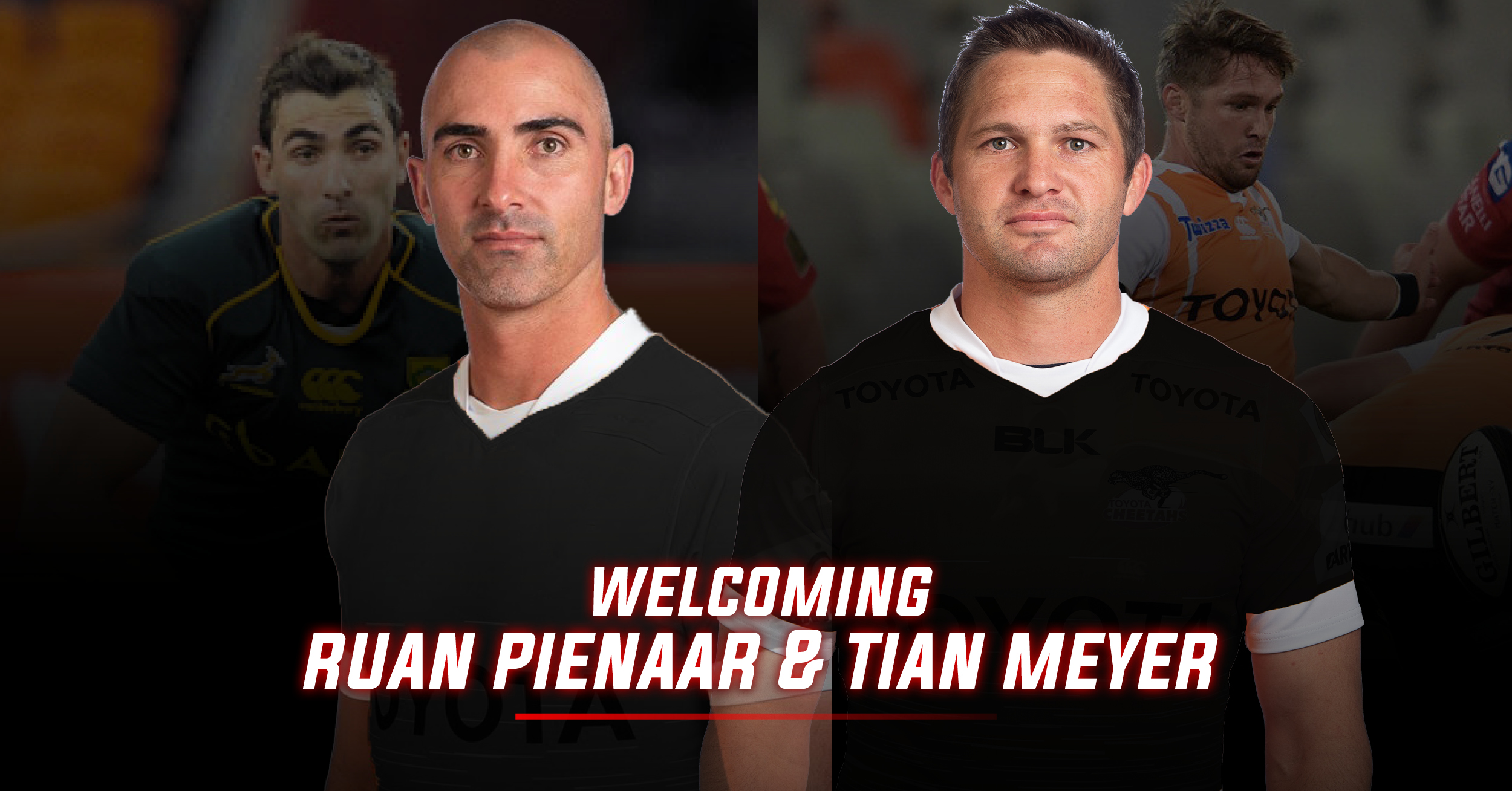 Durban, 8th September 2021: The Cell C Sharks and Toyota Cheetahs have announced a cooperation agreement for the exchange of players and to support each other on a broader front.  From the two franchises perspective, this step benefits both teams in terms of their game as well as financially and the move is in the broader interests of South African rugby.

In terms of the agreement, the Toyota Cheetahs and Cell C Sharks will make some of their players available to each other on request and when competitions do not overlap.

The Cell C Sharks will also provide players to the Toyota Cheetahs. Some of them could even be made available for the 2022 Currie Cup competition.

To this end, we confirm that Cheetahs scrumhalves Ruan Pienaar and Tian Meyer will be joining the Cell C Sharks on short-term deals. Meyer will be available for the URC outbound tour and will then return to the Toyota Cheetahs.

With Springbok selection and injuries ruling out three of the Cell C Sharks scrumhalves, Pienaar will be involved for a longer period in the competition and his invaluable experience and knowledge of the Irish playing conditions, will be hugely beneficial and a great boost to The Sharks prospects in Europe.

Pienaar says he is looking forward to a final tour of Ireland, but Bloemfontein and the Toyota Cheetahs will remain his home.  This is where he wants to wind up his career over the next two seasons.

In return, the C Sharks will make some of their players available on loan to the Cheetahs for international and Currie Cup games that the Toyota Cheetahs are preparing for.

The cooperation agreement will be broader than just the exchange of players. Both teams will benefit financially. As they will not always be playing in the same competitions, they will be able to support each other in times of need and pressure.

This agreement is not something new. The Toyota Cheetahs have had such agreements with the neighbouring Griffons and Griquas as well as Toyota Verblitz in Japan. Cooperation’s of this kind is becoming more commonplace in professional rugby, especially when the competitions of the teams do not overlap.

It is essential for both the Toyota Cheetahs and the Cell C Sharks to perform optimally in forthcoming matches and to serve the interests of SA rugby.  The agreement will support this objective.

“The international disruption of rugby by Covid-19 and its economic consequences necessitates the rebuilding and strengthening of this wonderful game. This requires innovative plans to retain good players and coaches, to maintain performance and to ultimately achieve.  The cooperation agreement would help both teams and offer them flexibility”, said Harold Verster and Dr. Eduard Coetzee, the CEOs of the Toyota Cheetahs and the Cell C Sharks.