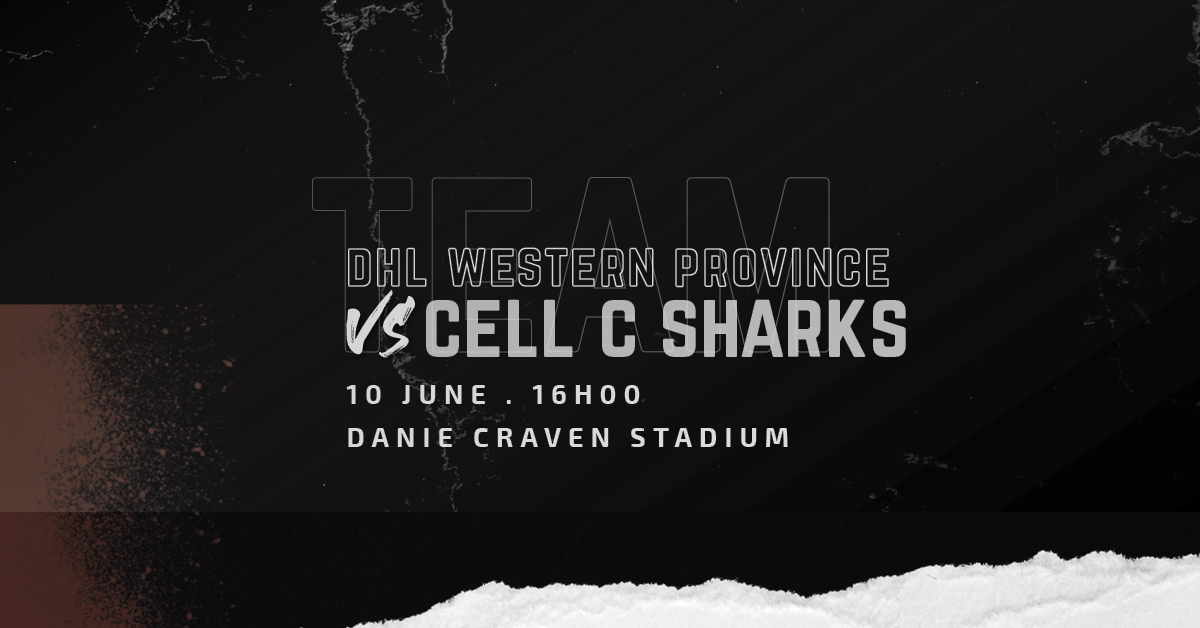 In the final round of the pool stages of Carling Currie Cup 2022, the Cell C Sharks will travel to Cape Town to take on DHL Western Province on Friday afternoon, with added motivation and fire-power.

Head coach Etienne Fynn has made a number of changes to the side, bolstering the match 23 with Vodacom United Rugby Championship players available for this vital match as the fight for log positions reaches an exciting finale.

The Cell C Sharks must win, and win well against a side that has won just twice in 11 outings. Like the Sigma Lions in the last couple of weeks, Province will throw everything into this match, knowing that there is little else but pride to play for.

With five debutants involved in last week’s penultimate match, Fynn admitted that the excitement they brought was impressive against a strong Sigma Lions team.

“We played the Lions URC team, and while it was not a faultless performance, it was certainly a committed one, from which we took two valuable log points, with everything to play for against Western Province.

“All our preparation has been done for Friday’s game, now it’s all about consolidating it.”