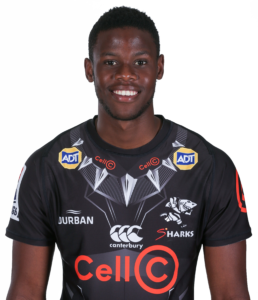 Aphelele Fassi is one of the grooviest prospects to have emerged on the scene over the past couple of seasons. A schoolboy idol at Dale College, Fassi wasted little time to force his way into the Cell C Sharks Currie Cup mix in 2018, ran in a try on debut and earned his first Premier Division winners’ medal at age 20.

A natural footballer, Fassi is deceptively quick and agile for his 1.90m frame, boasts a super silky skillset and has a rapidly improving kicking game.