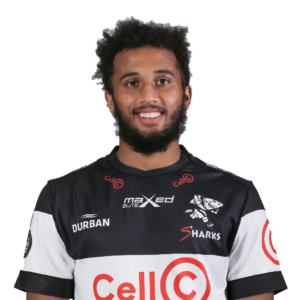 One of a clutch of genuinely gifted young scrumhalves in the Cell C Sharks’ setup, Hendrikse is originally from King William’s Town in the Eastern Cape.

However, it was at Glenwood High School that his sporting talents really blossomed and he became a regular and outstanding member of the famous Green Machine of recent years.

Having represented KZN at the U18 Craven Week and SA Schools in the U18 International Series, Hendrikse contributed 41 points for the Junior Springboks at the 2019 World Rugby U20 Championship in Argentina, and he was subsequently nominated as one the four Breakthrough Players of the Tournament.