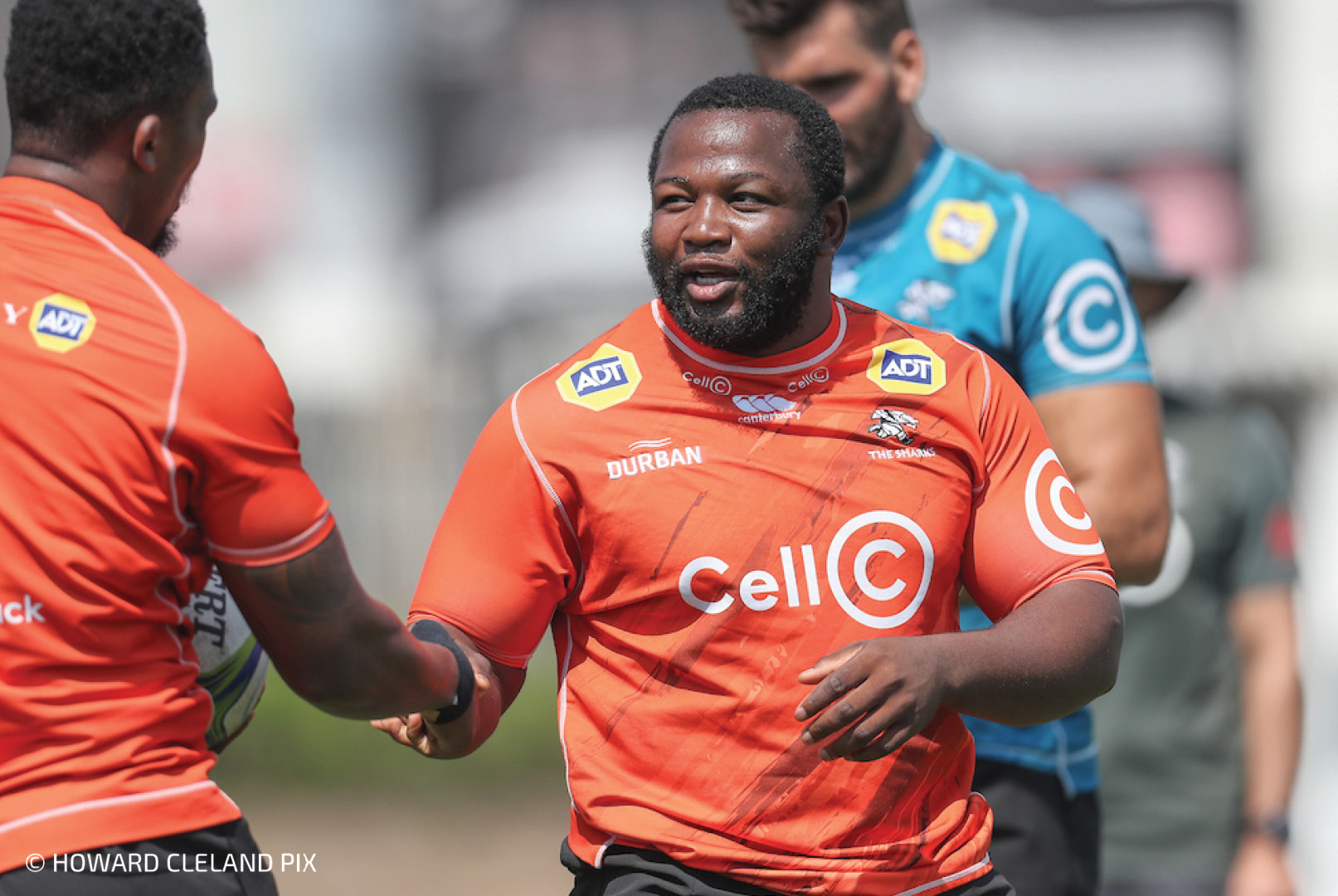 24-year-old Ox Nche came to The Sharks from the Cheetahs late last year and can’t wait to get his teeth into Vodacom Super Rugby sporting a black and white jersey in 2020.

His pedigree suggests that Retshegofaditswe (his real name) has the ability to be a real force on the South African rugby landscape, having represented the country at SA Schools, SA Under 20, SA ‘A’ and Springbok level, but for now, his focus is on the Cell C Sharks and making a positive contribution to his new team.

“I’m enjoying everything here in Durban, although the downside is the weather, I’m not used to the heat and humidity yet, but otherwise I’m loving it here,” he explains.

“There was no specific reason for me leaving the Cheetahs, but I guess there comes a time for you to explore and see what else is out there,” he explains of his move. “The Cheetahs have been good to me and I enjoyed my time there, but I felt that it was time to make a move and explore new horizons.”

Vodacom Super Rugby is just around the corner, just two weeks away, and after a tough pre-season, he can’t wait to get stuck into the competition.

“I’m really excited, I have played Super Rugby before and I’ve learned a lot in the Pro 14, particularly the set-piece, but I am very excited to be playing Super Rugby again, it’s a special competition.”

Having played in both major competitions, arguably amongst the toughest in world rugby, he is able to discuss the vagaries of the two tournaments.

“In position-specific terms, they are different because the Pro 14 is much more set-piece orientated and it’s often the tight five and forwards getting the momentum and winning games whereas in Super Rugby, everyone gets a touch of the ball,” he points out.

“I’m really looking forward to that challenge, that’s why we play rugby: to compete against the best and get better ourselves. I’m excited!”

The style of play employed by the Cell C Sharks is something that attracted him to Durban in the first place and he believes his abilities and experience will fit in perfectly with head coach Sean Everitt’s rugby philosophy.

“The Sharks have always had a well-balanced game-plan where both the forwards and backs get to run with the ball; add to that a good kicking game and I feel that if we can dominate the opposition – the backs and forwards – then I think we’ll do pretty well,” he says.