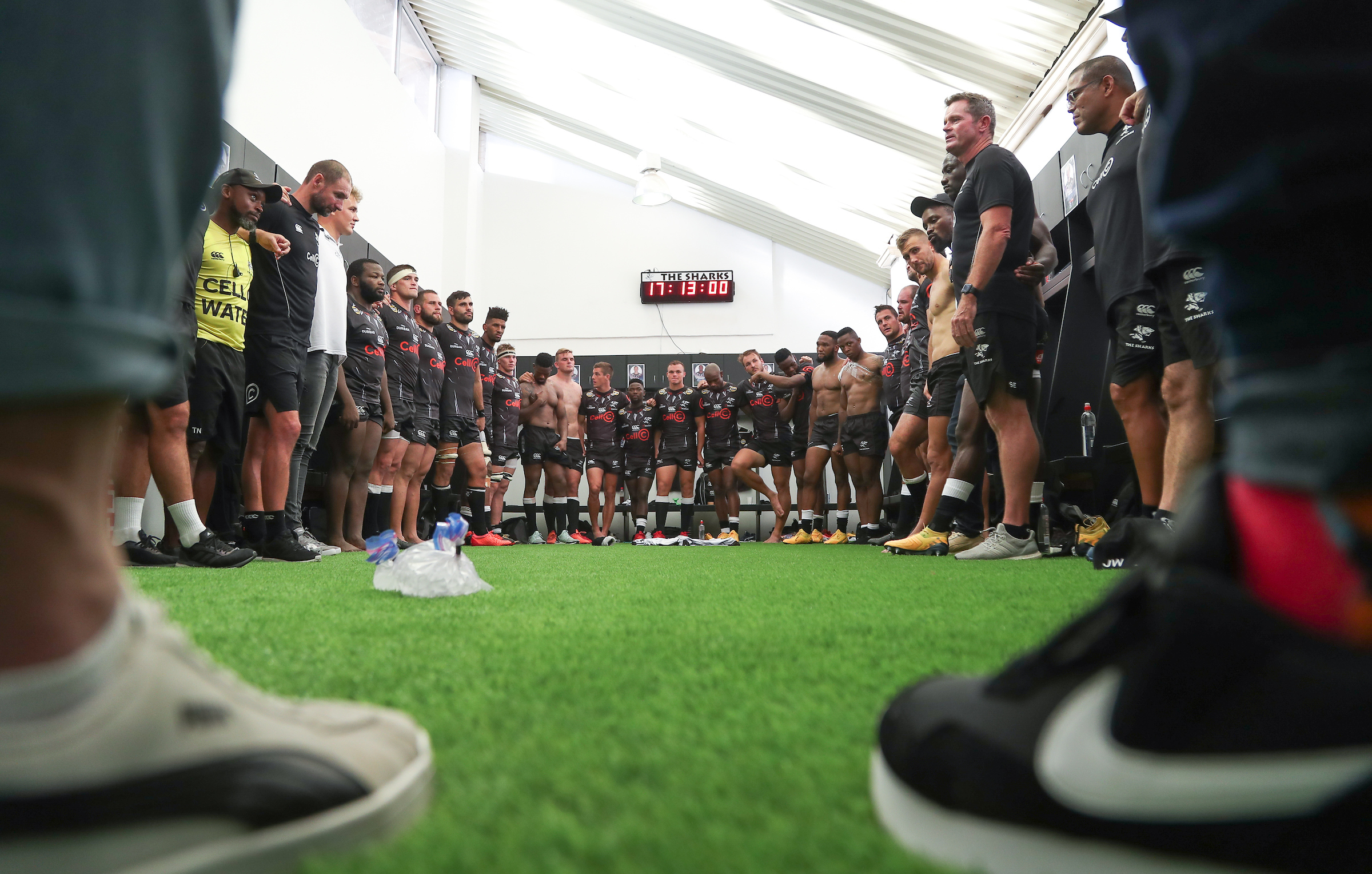 The Cell C Sharks will be using Saturday’s SuperFan Saturday clash against the Vodacom Bulls at Loftus Versfeld to blood a few youngsters as well as start the process of getting back into the swing of things.

“We’ve had to reinstall our game model and revise it so the guys have a good understanding of what we want to do,” explained Cell C Sharks head coach Sean Everitt on the eve of the match, which kicks off at 4.30pm.

“We’re taking a few youngsters with us to measure where they are as far as their understanding of our game model goes, but we also want to see where we are in terms of tempo, accuracy and conditioning.

“We did finish well in Super Rugby but we need to play again to assess where we are right now.”

Unfortunately there are a few players missing this match through injury, but that opens the window of opportunity for others and this will be their chance to shine.

Two players who will be watched with a keen eye, and not only by the coaches but also fans, are Werner Kok and Manie Libbok who will both look to play starring roles this weekend and beyond for the Cell C Sharks.

Everitt admitted that these two players suit the way the team want to play.

“Manie is a dangerous x-factor type of player, multi-skilled and really versatile and he offers us something in the mould of Curwin Bosch, and if he were to play at fullback, Aphelele Fassi. He’s been outstanding at training and I am excited to see how he goes.

“It’s exciting to see what Werner can offer with his work-rate and energy. We’ll be starting him at wing and then playing him a bit at centre in the second half, but with his work-rate, he gives us a few options on attack.”

An area of the game that offers an interesting aside to the general game will be at scrumhalf. The Cell C Sharks bid farewell to Louis Schreuder and Cameron Wright but have some very exciting youngsters who will be bidding to hold on to the number nine jersey.

“We have Sanele Nohamba, Jaden Hendrikse and Grant Williams, quick scrumhalves that can get around the field and be a threat on attack and counter-attack. Sanele proved in Super Rugby that he has a mature head on his young shoulders and Jaden, who we haven’t seen much of because he’s been away on SA Under 20 duty, was voted the best SA Under 20 player last year and rightfully so. With experience around them in the form of Curwin and Manie, as well as Lukhanyo Am, Jeremy Ward and Skihumbuzo Notshe and Henco Venter, these young nines will be well looked after. And Grant Williams will get a good opportunity as well. He’s as quick as Makazole Mapimipi so he’s a dangerous player who’s been around but unfortunately carried a few injuries. But he’s now back to full fitness and ready to play.”

This match will be played behind closed doors as per Covid-19 sporting protocols which will be a strange atmosphere for all concerned. However, Everitt admitted that it’s not a novel idea for him.

“I think it’s going to be weird for everyone, although for the teams it’s more about the excitement of getting back onto the field and giving people an opportunity to watch the game they love.”